As we can see in the H4 chart, the mid-term “bearish” phase in AUDUSD is experiencing a correction to the upside. After testing 38.2% fibo at 0.7619, the asset has started a slight pullback, which may be later followed by a further decline towards 50.0% and 61.8% fibo at 0.7500 and 0.7379 respectively. Despite a global divergence, one shouldn’t exclude a further uptrend to reach the high at 0.8007. if the asset breaks this level, it may continue growing towards the long-term 50.0% fibo at 0.8292. 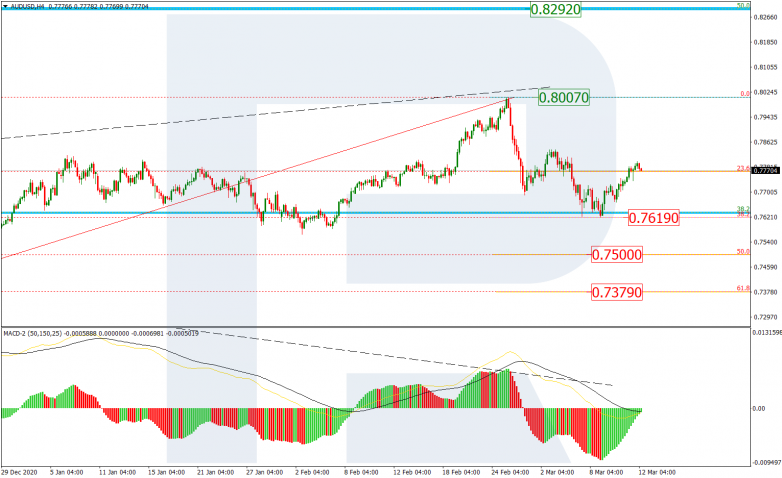 The H1 chart shows a more detailed structure of the current ascending correction, which has already reached 38.2% fibo. After a short-term decline, the price may continue growing towards 50.0% and 61.8% fibo at 0.7814 and 0.7859 respectively. A breakout of the low at 0.7621, which is the current support, may lead to a further downtrend. 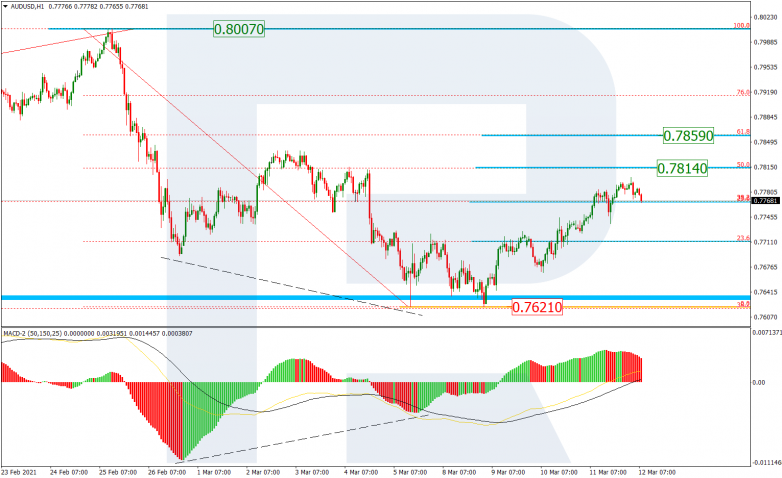 In the case of USDCAD, the situation hasn’t changed much. As we can see in the H4 chart, after completing the first impulse to the upside, the pair has started a new descending pullback, which may be later followed by another ascending impulse but much stronger than the first one. The closest upside target of the latter impulse may be the high at 1.2881 and then 23.6% fibo at 1.2987. This scenario may imply the start of a new long-term uptrend. 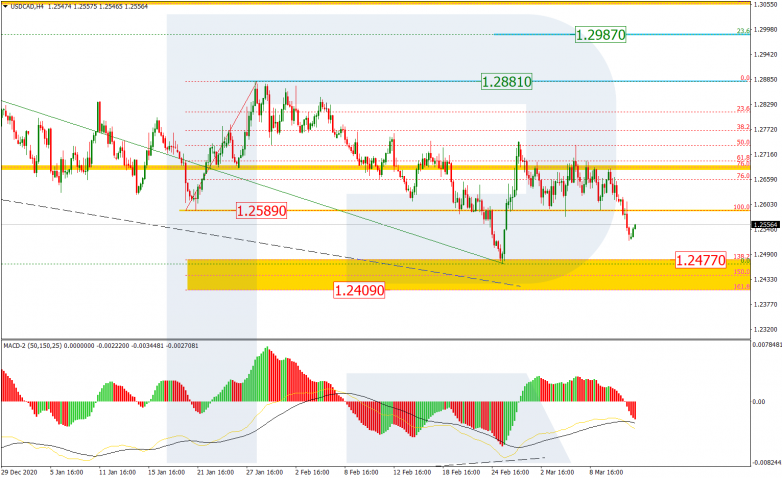 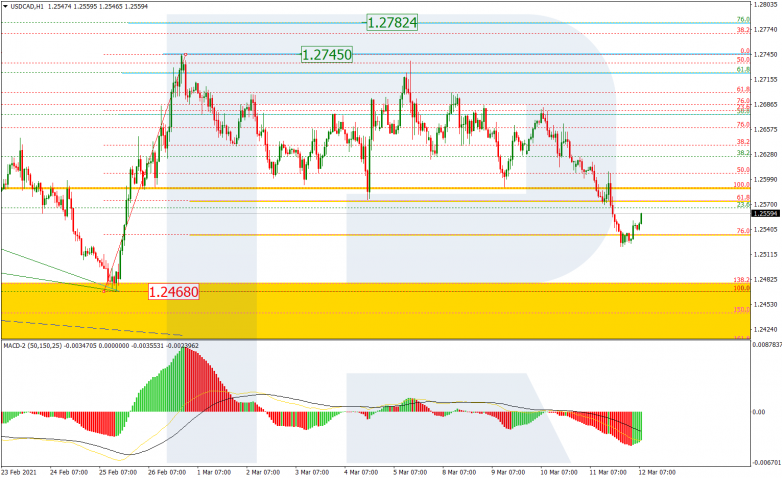