As we can see in the H4 chart, the first “bearish” wave in AUDUSD is experiencing a correction to the upside, which may be over soon. The downside targets may be 50.0% and 61.8% fibo at 0.7500 and 0.7380 respectively. At the same time, despite a divergence on MACD, one shouldn’t exclude a further uptrend to reach the high at 0.8007. 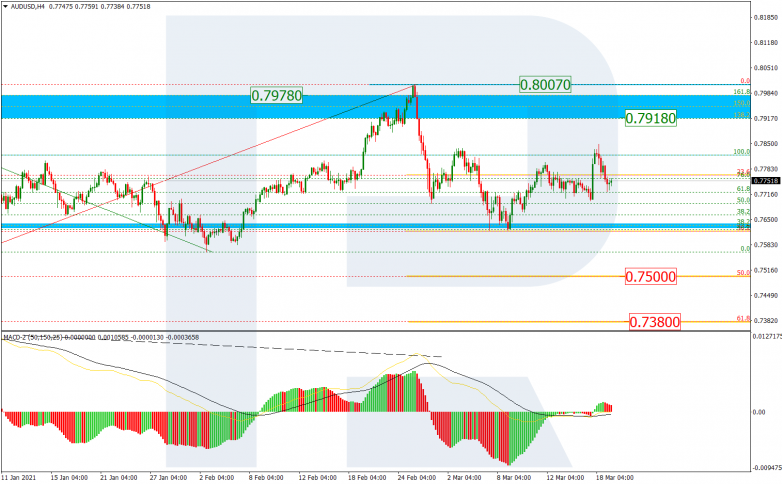 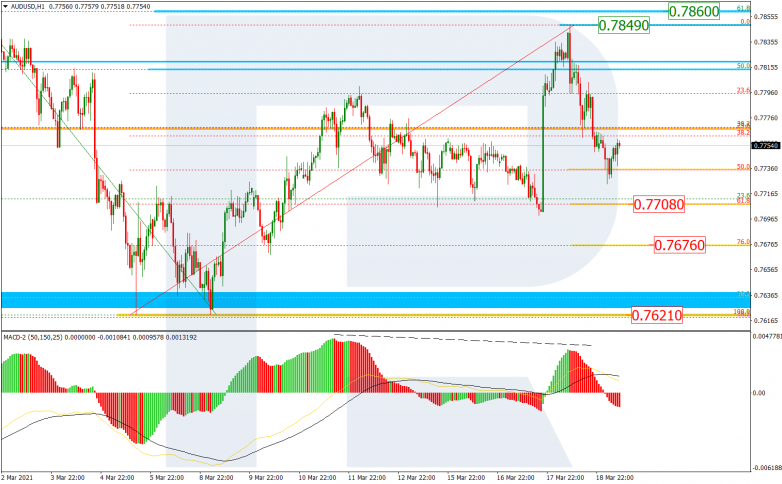 In the daily chart, USDCAD continues forming the stable downtrend towards the fractal low at 1.2061. At the same time, there is a convergence on MACD, which may hint at a possible pullback to the upside to return to 61.8% fibo at 1.3060. 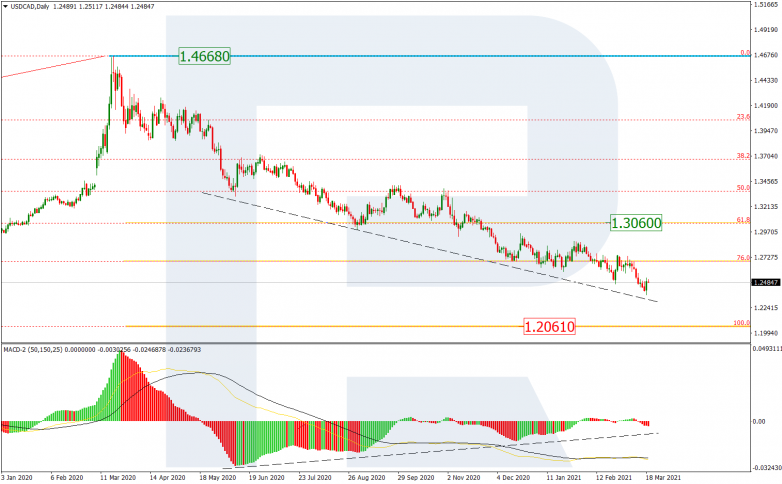 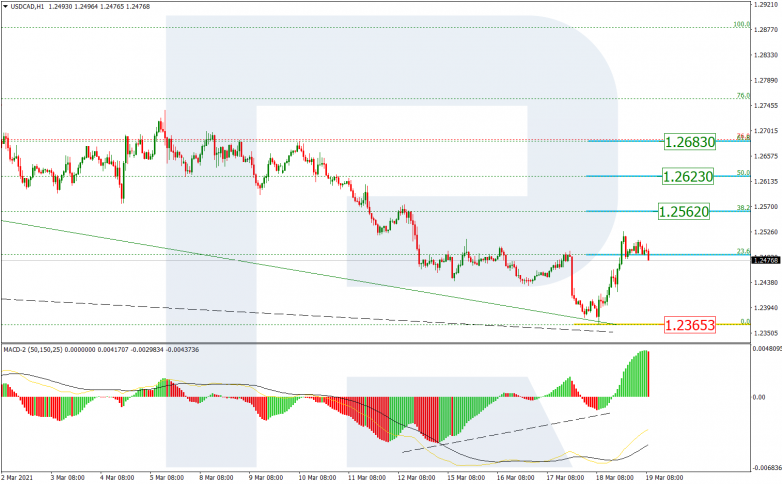