As we can see in the H4 chart, AUDUSD is still consolidating a divergence on MACD and, judging by the fact that the lows are slowly climbing down, may soon break this consolidation range to the downside. And if the first descending correctional wave earlier reached 50.0% fibo, then the next one may head towards 61.8% and 76.0% fibo at 0.7669 and 0.7618 respectively, as well as the low at 0.7532. However, one shouldn’t exclude a possibility of a further uptrend to reach the high at 0.7891. 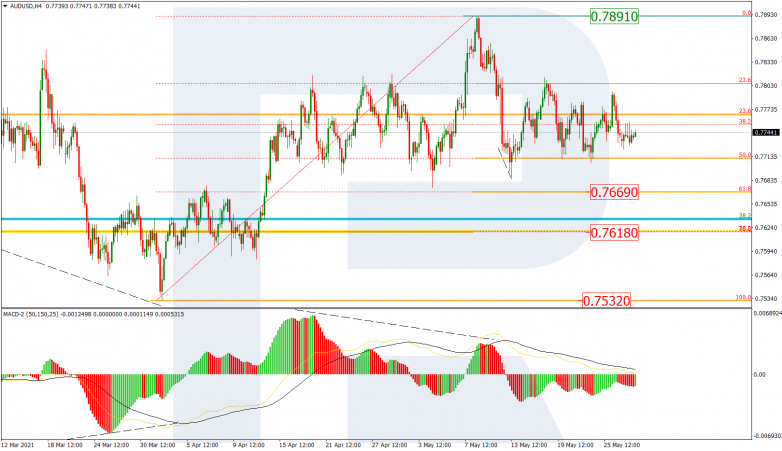 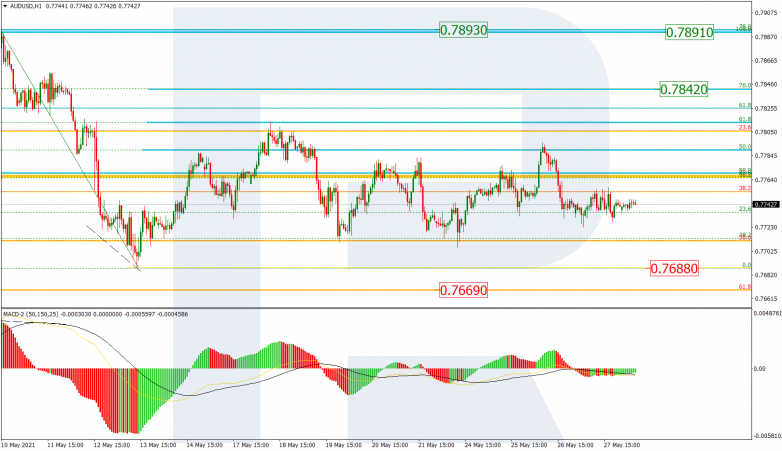 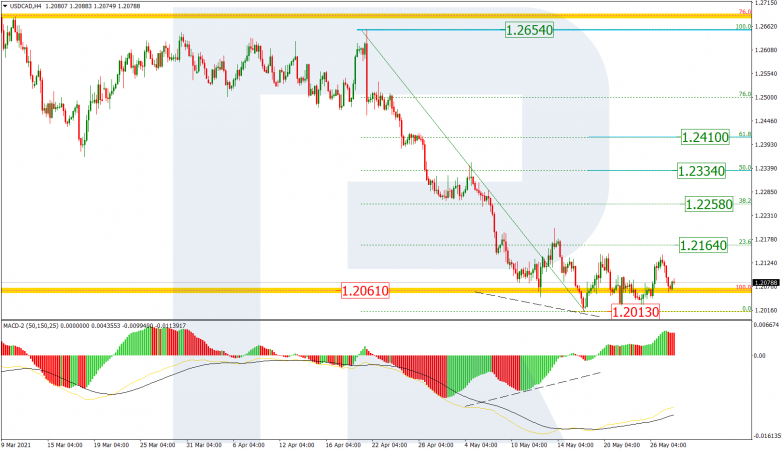 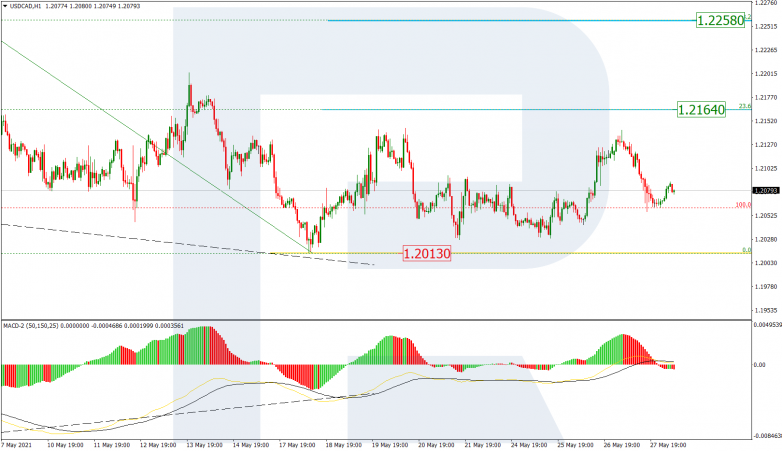