As we can see in the H4 chart, after attempting to fall and reach the low at 0.7106, the asset had to start another growth due to convergence on MACD, which may be considered as a new rising wave within the correctional phase to reach 50.0% and 61.8% fibo at 0.7499 and 0.7591 respectively. 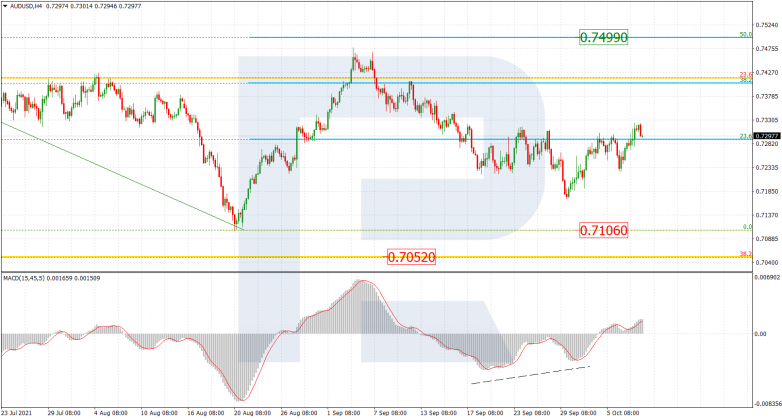 The H1 chart of AUDUSD shows that the current growth has already reached 50.0% fibo and may later continue towards 61.8% fibo at 0.7360. At the same time, there is divergence on MACD to indicate a possible pullback soon. The local support is the low at 0.7170. 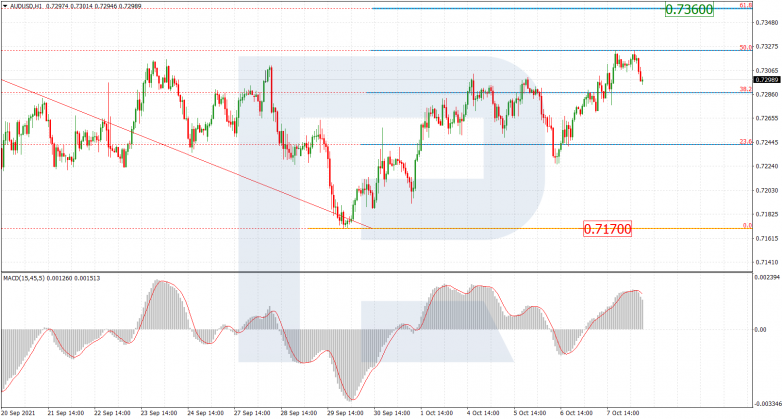 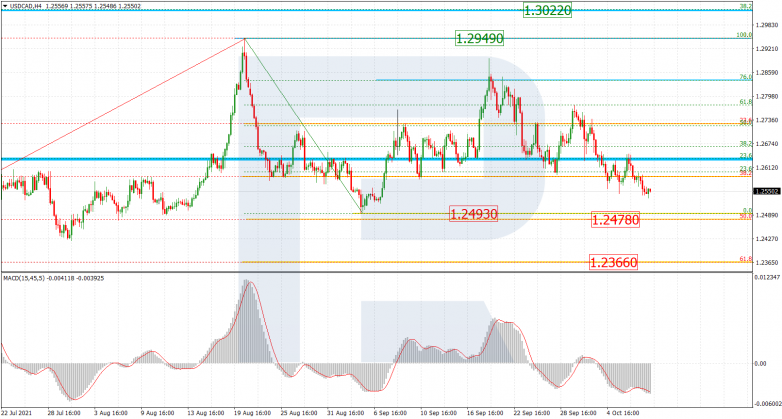 As we can see in the H1 chart, the descending tendency is heading towards the low at 1.2493. at the same time, there is convergence on MACD, which may indicate a possible pullback to the upside after the price tests the low. 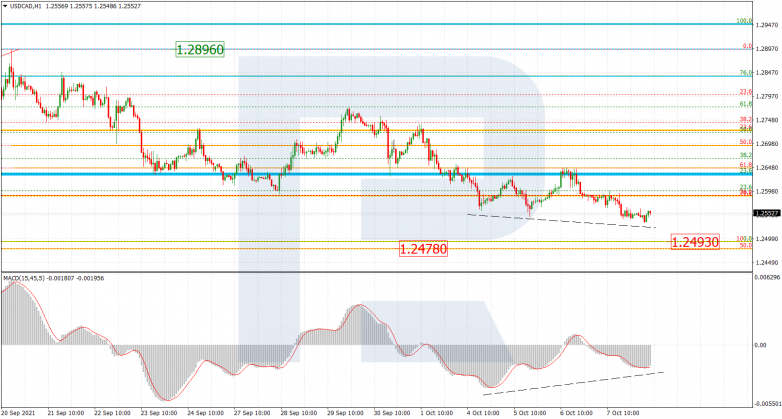