As we can see in the daily chart, after falling and reaching 38.2% fibo, the descending wave has been followed by a new short-term correction. After this pullback is over, AUDUSD may resume trading downwards to reach 50.0% fibo at 0.6758. The key resistance remains at the high at 0.8007. 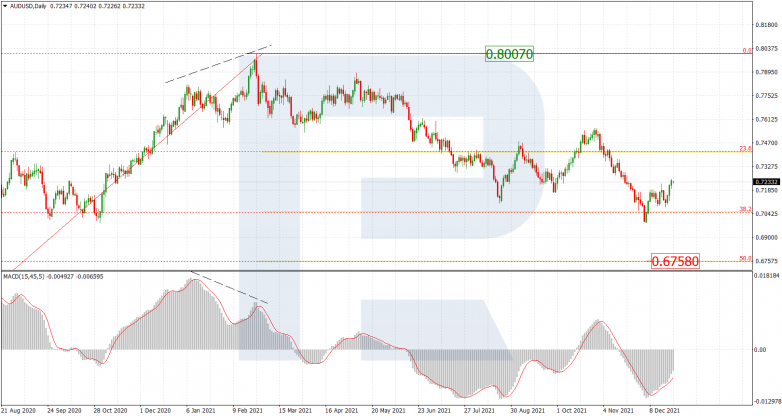 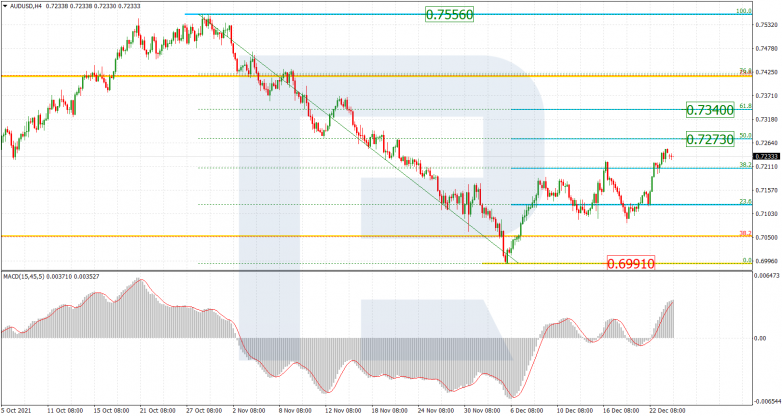 As we can see in the daily chart, the asset continues trading upwards and has already tested the previous high. In the nearest future, USDCAD is expected to start a slight correction, which may later be followed by a further mid-term uptrend towards 38.2% and 50.0% fibo at 1.3023 and 1.3336 respectively. The key support remains at the low at 1.2007. 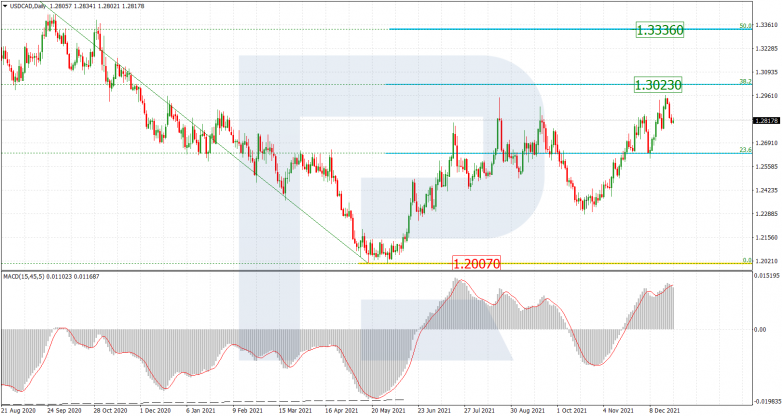 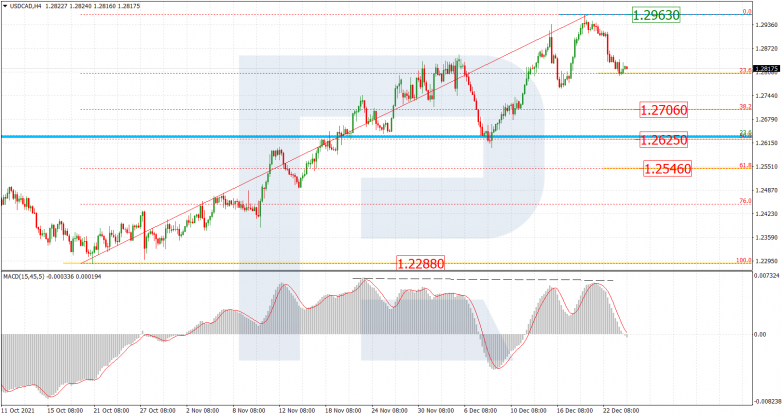