The dollar is under pressure again

Asian indices and US index futures were firmly on the upside Monday morning. The Nasdaq100 rewrote all-time highs before trading opened in the US, while the S&P500 and Dow Jones futures remain some distance from their highs of last week. 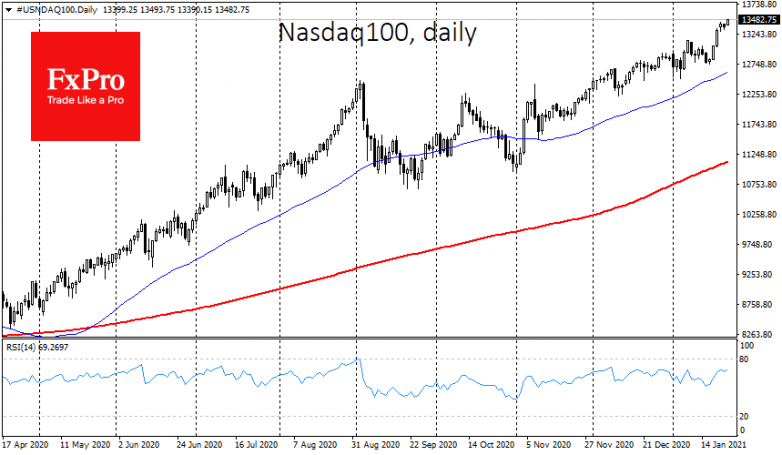 The dollar index hovers near two-week lows and within 1% from the two-year bottom, waiting for further signals from the Fed or the Treasury.

Later this week, there will be a Fed meeting, and it is unlikely that the dollar will take decisive steps in one direction or the other as investors will wait for further signals from the central bank. Investors have previously been wary of the FOMC signalling a QE winding down. However, the chances are much higher that we will see hints of an expansion of bond purchases.

Confidence in the economic recovery has caused US Treasury bonds yields to rise, making it more expensive for the US Treasury to borrow. That said, the US has trillions more to place this year and possibly even a couple of trillions more in the coming months. 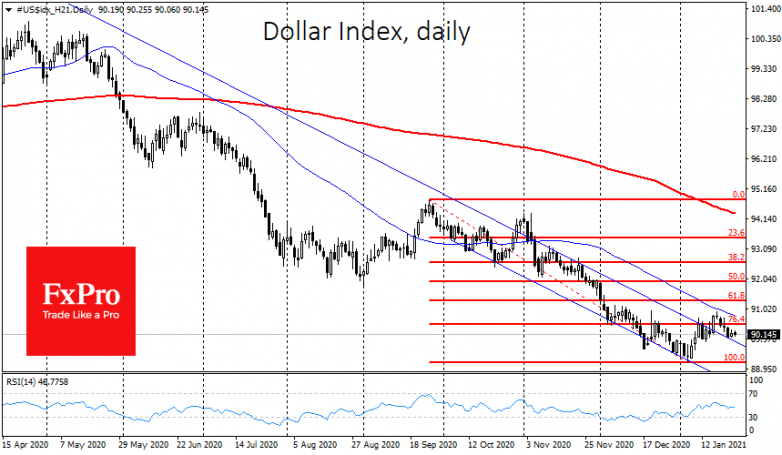 Rising yields in the primary market increase government costs and could subsequently reduce the government’s readiness to finance economic growth. This situation is unlikely to please the Fed, which, even though it is independent of the government, has no interest in an uncontrolled rise in government bond yields.

The Fed can adjust the asset purchase programmes to keep most of the yield curve under control. So far, the Fed prefers a more relaxed approach, targeting total purchases on the balance sheet and short-term rates. However, yield curve control has already been used in large countries in Japan and Australia. It was also used earlier in the 20th century in similar circumstances when US government debt was at worryingly high levels (as it is now), and rates were at rock bottom.

The willingness to do this could come through in comments this week. However, neither the Australian dollar nor the Japanese yen have experienced any considerable fall since introducing such measures in their own countries.