The EURUSD currency pair logged strong gains on Friday, February 5. The price action started out in the vicinity of 1.1960. During the Asian session, the pair dropped to 1.1950, after which it reversed to the upside, a trend that lasted up until the end of the session without any major corrections. The single currency closed near 1.2050.

During the second half of Friday, a lackluster NFP report put pressure on the dollar. Specifically, the number of new non-farm jobs was noteworthy. The US economy created 49,000 jobs in January, falling short of the median consensus that called for 50,000. Average hourly wages in January showed a MoM increase of 0.2% instead of 0.3% expected. The US trade deficit in December totaled $66.6 bln instead of the projected $65.7 bln.

Trading on Monday, February 8, started off with a small gap to the downside near 1.2040. This was followed by an uptick to 1.2055, as a result of which the pair retraced to Friday's high, but quickly pared gains, as a result of which the pair dropped to 1.2035. The pair continues to trade within a medium-term downward channel, retreating from 1.2350 towards the 1.1800 support level. The pair’s next downside target is Friday's low at 1.1950.

Data on Germany’s industrial production for December was released today. The reading came in flat on the month, while experts expected 0.3% MoM growth. The EURUSD pair reacted sluggishly to this data point. No other notable macroeconomic news is on today’s macro agenda. 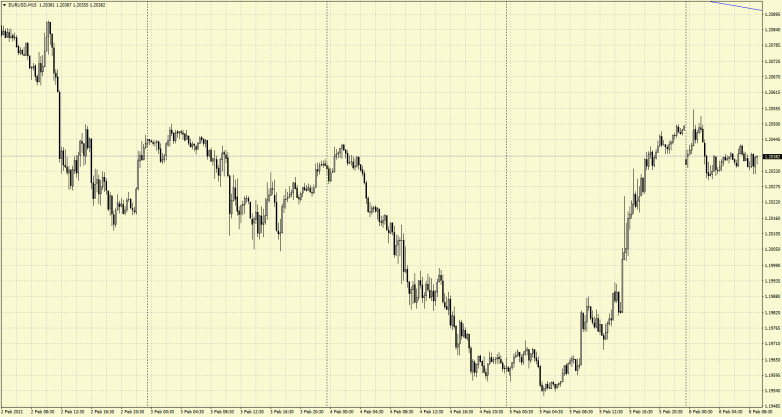