The EURUSD pair swung from losses to gains on Thursday, February 18. The price action got under way around 1.2035, with an intraday rally that closed at 1.2090. The uptrend in the key pair came as the dollar depreciated against a basket of major currencies.

On Friday morning, after a pullback to 1.2080, the pair resumed its ascent on the back of strong macro data out of Germany, trading near 1.2120. The flash PMI for February showed that the composite output index rose to 51.3, up from 50.8 in January, although the median consensus called for a decline to 50.5. The manufacturing PMI in February jumped to 60.6 from 57.1 in January, while it was expected to decline to 56.5.

In the upshot, EURUSD has been moving steadily within an ascending channel for the second day, in line with a growth scenario in the range of 1.2023-1.2170. 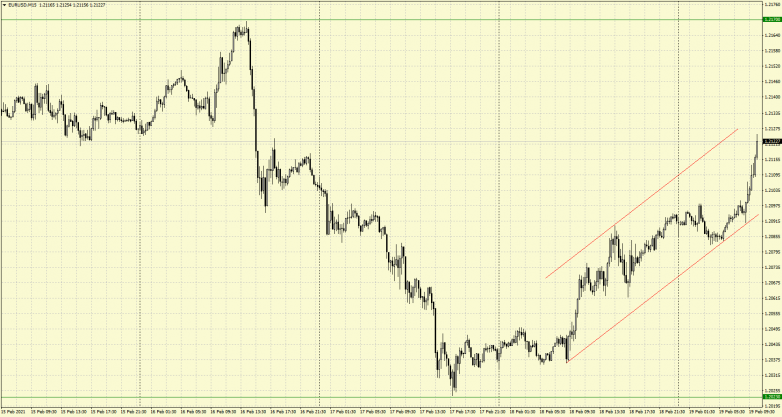