The EURUSD pair saw upside on Thursday, February 25, rising 0.05% to 1.2167. During the European session, the price reached 1.2243. However, during the North American session, buyers pared all gains as the pair gave up 97 pips.

Notably, market sentiment shifted in the course of the North American session after a massive sell-off in equities that swept across global markets. In the upshot, the dollar reverted to its status as a defensive asset. 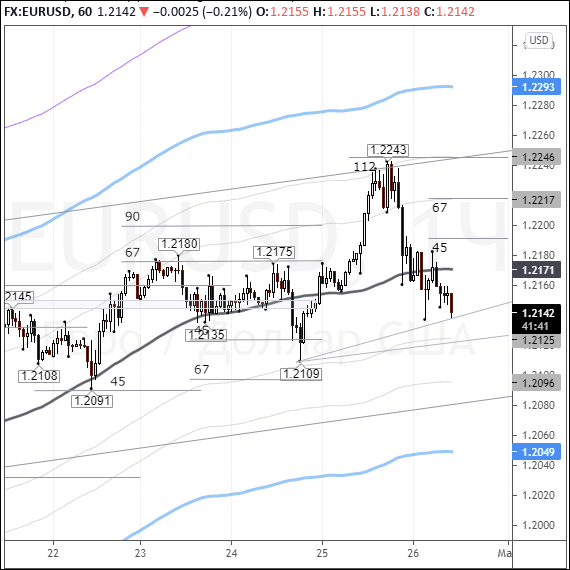 The FX market experienced steep gyrations yesterday, so now even buyers are wondering whether to recoup the decline in the euro ahead of the weekend or not. All major currencies are currently trading deep in the red. The hardest hit currencies are the aussie (-0.56%) and sterling (-0.43%).