The EURUSD pair rose 0.14% to 1.2145 on Tuesday, May 11. The price action climbed to 1.2182 during the European session. The euro trended higher on the back of stellar macro data. German investor sentiment surged in May to its highest mark since the onset of the COVID-19 pandemic.

Buyers retreated to 1.2145 during the North American trading session after failing to break out of 1.2180. The attempt failed due to steepening of the 10Y UST yield to 1.628%. 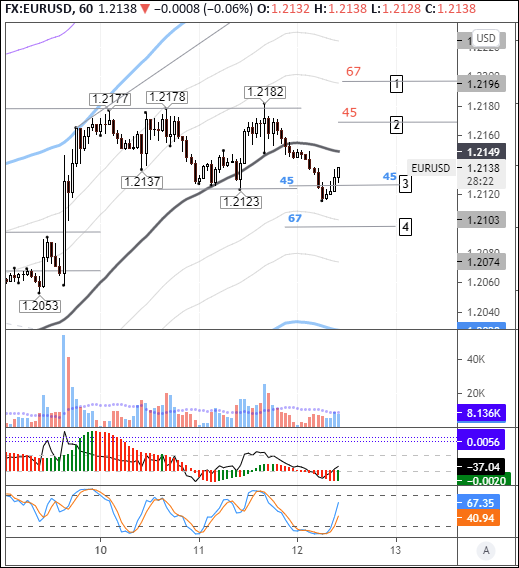 By the time of writing, the dollar was trading in positive territory against major currencies. The steepest losses are seen in the Australian dollar (-0.40%) and the New Zealand dollar (-0.51%). When the aussie and the kiwi go down, risk aversion can be said to prevail across markets. A wave of selling may have been caused by a decline in US index futures, as well as news from China and Australia.

In China, the Dalian Commodity Exchange (DCE) has proposed lowering the standard iron content requirements for its futures to expand iron ore deliveries to the domestic market and curb the increase in iron ore prices. Australia is the largest producer and exporter of high-quality iron ore to China. The decline in prices will reduce export revenues for the Australian budget.

The Reserve Bank of Australia believes the country could be stripped of its AAA rating following the release of S&P's annual survey. However, the regulator believes that the downgrade will have little impact on sovereign bonds.

US index futures declined ahead of the CPI report stateside. The euro recovered to 1.2137 from 1.2115, but is still trading in the red (-0.10%). A jittery environment will persist as strengthening of the single currency is holding back the rise in the 10Y UST yield. The yield declined slightly, and the euro recovered. If the decline picks up momentum before the CPI report, EURUSD pair will retrace to 1.2150 (the balance line).

Bottom line: Market participants await the April US inflation report. After Friday’s tepid NFP print, market participants do not know what to expect from the data. A slowdown in inflation would support the single currency as UST yields would decrease. If the 10Y yield drops to 1.56%, EURUSD will step up to a new high. In any case, it makes sense to wait for this key data point to come out to see which way the euro will move.