Sentiment shifts after US inflation data

The EURUSD pair advanced 0.16% to 1.1739 on Wednesday, August 11. The single currency was hovering around the 1.1700 handle ahead of the US opening as FX players awaited the release of US CPI data.

The July CPI report eased fears that the Fed could start reducing bond purchases sooner rather than later. Notably, the pundits have started to quote Fed Chair Powell, who has stated at recent press conferences that the central bank views high inflation rates as transitory, while acknowledging that rates may remain elevated longer than previously expected.

Dallas Fed President Robert Kaplan delivered a speech yesterday. He pointed out that if the US economy develops at the same pace, the central bank should announce a plan to taper bond purchases in September, and then slow down purchases in October.

Kansas City Fed President Esther George said it was time to dial back monetary policy settings. Thus, the market has no room for doubt that the Fed will start to curb stimulus measures in Q4. 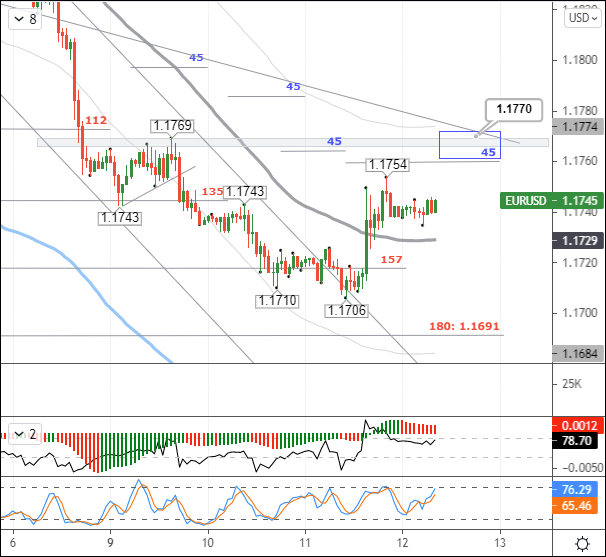 By the time of writing, the euro was trading at 1.1740. A bullish engulfing candlestick pattern has formed on the daily TF. On the hourly TF, the technical picture looks favorable for continuing the corrective movement to 1.1770. Euro crosses are on the rise with a buy-side bias. So, theoretically, there is nothing to hinder the key pair’s recovery aside from US macro data.

Today, market participants will shift their attention to the US PPI report for July. The market will react if the readings fall short of expectations. Then the focus will switch to the Jackson Hole summit, which is scheduled for August 26-28. At this event, Powell is widely expected to provide clarity on the Fed's monetary policy stance until end-2021.