The Japanese yen hit a fresh 24-year low of 136.706 against the dollar as it was pushed down by bets that the Bank of Japan will remain reluctant to follow other major policymakers into lifting borrowing costs and tightening monetary policy.

Overnight has seen however a pullback on haven buying. 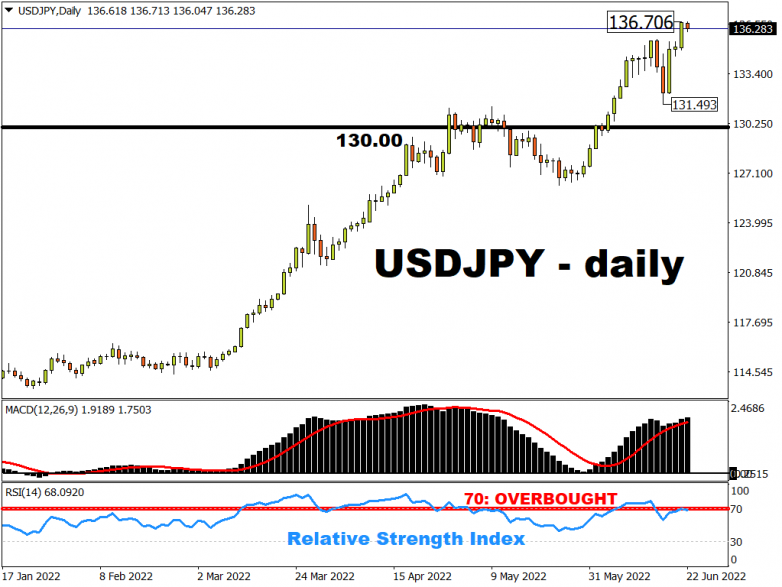 Last week’s meeting and subsequent announcement by the BoJ firmly repeated the message that the current policy stance of yield curve control still remains. This means capping 10-year Japanese Government bond yields at 0.25%, a level of interest rate far below current market readings for government bonds in the rest of the world.

In order to defend this yield target, the BoJ must buy massive amounts of bonds, thereby adding equivalent amounts of JPY into the Japanese money market system. This has contributed to a record weakening of the yen and an interesting connection to Fed monetary policy: the more Fed tightens, the more BoJ is forced to ease.

The yen slide has continued this week although weak risk sentiment overnight is supporting JPY.

For sure, a drop in global bond yields would help arrest the decline in the Japanese currency.  But the renewed pressure comes from markets realising that the BoJ is not planning on giving into pressure for higher yields.

Remember too that long-end Japanese inflation expectations have risen over the last year but still remain under 1%. This is far below the bank’s own 2% inflation target.

The skittish nature of markets is revealing its true colours again this morning with risky assets struggling on further recession angst.

The market outlook has soured after a few decent days of relief buying in equity markets.

Crude especially is getting hit again even as some of the fundamentals remain constructive into the second half of the year. The oil market is expected to tighten through the next few months as the EU ban on Russian crude starts to bite, while a global pick up in travel should see stronger demand as well.

We’ve had numerous Fed speakers on the wires since the FOMC blackout ended, with the chances of another big 75bp rate hike in July being priced by markets as a near certainty. Fed Chair Powell speaks today with the text released on Friday highlighting the Fed’s “unconditional” commitment to restoring price stability. The tone before Congress shouldn’t be much different from this or the policy meeting last week. This means support for the dollar should be underpinned with the Fed going all-out to tame inflation. 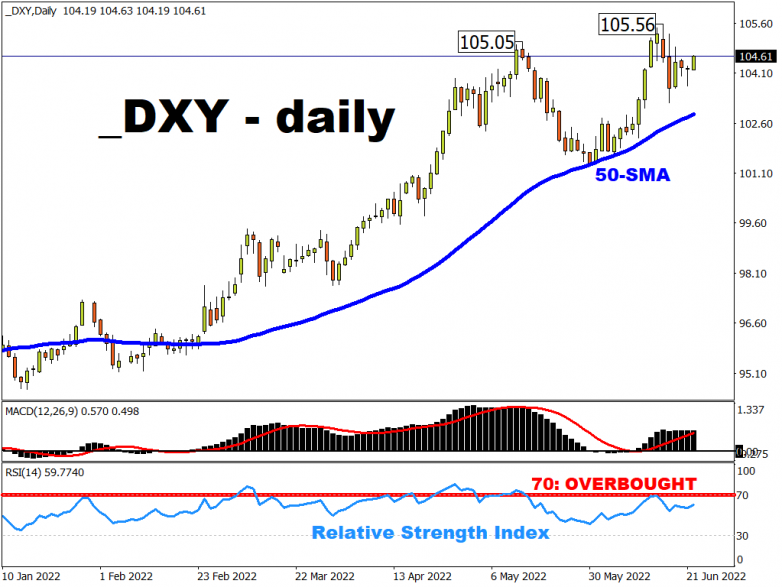