The benchmark dollar index, DXY, is falling for a fourth consecutive session, as the retreat from a jumbo 100bp rate hike by the Fed next week continued to play out. 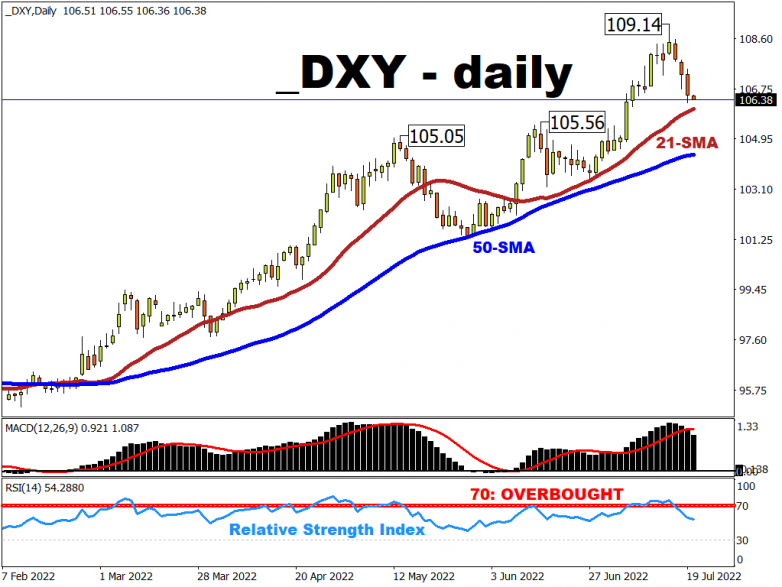 Two of the more hawkish FOMC members recently said that their base case was just a 75bp rate rise.

More importantly, news reports suggested that the ECB is “looking more closely” at a half point rate move, having signalled a 25bp increase was the most likely starting point for rate lift off just a few weeks ago. This certainly has echoes of the WSJ article that hit markets before the last FOMC meeting which heralded a larger 75bp hike. 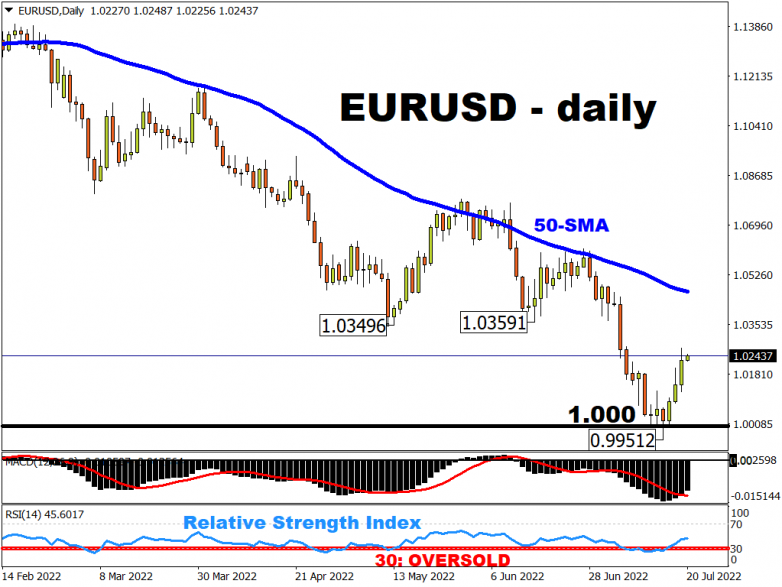 The euro has gained over 1.6% so far this week, which means the bank will have to follow through with the 50bp hike, or at least tee-up that policymakers are open to a 75bp move at its next meeting in September. That would probably be the compromise for the hawks in the Governing Council if the ECB only hike by 25bp on Thursday. Markets are currently pricing in around a 40% chance of a 50bp increase in rates, that’s up from around 30% before the news story broke.

Any disappointment around just a quarter point will see EUR/USD head swiftly back to parity.

The uncertainty over the Nord Stream maintenance work and its full reopening has also cast a shadow over the eurozone and the economic outlook.

That said, this week has seen a decent rebound in the single currency after last week’s tease below parity. The four-day positive streak has pushed the pair up over three cents with the 1.0350/60 area that marked the lows in mid-May and mid-June looming above. Support is around the 1.02 area and the mid-figure zone.