There could be more volatility in this final full week of October.

Major central banks are due for pivotal policy decisions, while US earnings roll on over the coming days:

Of the G10 major central banks who are due to hold their respective policy meetings this week, the European Central Bank appears likeliest to trigger volatility across FX markets, given the euro’s relative popularity as a traded instrument.

Markets are expecting a 90% chance that we shall see a second straight 75 basis point hike by the ECB, taking the deposit rate to 1.5%, its highest level since January 2009.

Should the above scenarios materialise, euro bears may then look to the late-September lows just above 0.95 for EURUSD.

Markets are also predicting at present a greater-than-even (62%) chance that the world’s most traded currency pair would stay below 0.990 over the next one week, barring a hawkish ECB surprise, which implies limited upside for EURUSD. 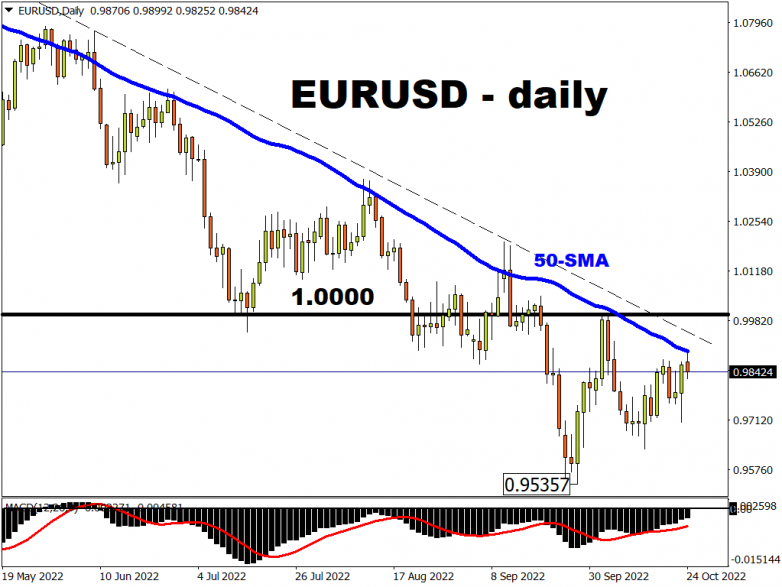