Caution ahead of Georgia 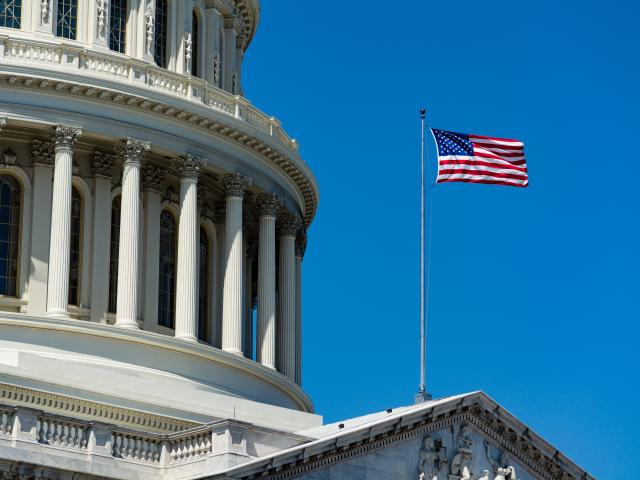 US stocks are just about managing to rebound from yesterday’s first day of the year rout, as investors look to the twin Senate runoff in Georgia later today that will determine the balance of power in Washington. Last year ended on such a high note that perhaps it was inevitable that some profit taking would take place. New lockdowns, probably for longer than most expected, which have hit European countries has also put the brakes on the bulls for now.

We are set to see a raft of cuts in UK GDP forecasts for Q1 2021 with the latest being from US investment bank JP Morgan who changed their 0.1% print to -2.5% after the lockdown announcement. This maybe a smaller fall than the first lockdown but this is partly due to GDP not entirely recovering since the Spring. Money markets are also changing their views and now fully price in a 10bps Bank of England rate cut by August.

Dollar fighting off the inevitable?

The Dollar is softer on the day after holding off sellers yesterday in what looked like another breach of major support just below 90. Low US yields, both real (those adjusted for the effects of inflation) and nominal, are hurting the greenback after inflation expectations pushed up to cycle highs above 2%, while real yields touched record lows around -1.1%. Expectations are that economic recovery and more government spending, potentially in the wake of a ‘Blue Wave’ victory if confirmed in Georgia, will lift inflation while policy makers are expected to maintain accommodative rates.

We wrote last week about Gold upside and the precious metal is most definitely benefitting in this environment handsomely with the weaker Dollar, especially against the Chinese Renminbi, and reflation trade pushing the yellow metal up to levels last seen after the US election. There is now much chatter about inflation as the risk for markets and a Democrat win would compound already rising inflation expectations. This could then see markets pricing in an earlier Fed lift-off date and this is certainly something to bear in mind in the months ahead.

Having been supported by the 200-day moving average in late November, gold bugs smashed through the 100-day moving average yesterday, having been held up by it on a number of occasions through December. Prices are now peeking over a Fib level from the high and low of last year, but we should expect some consolidation after such a sharp move this week. Bulls will aim for the post-US election high at $1965 if the move north does continue. 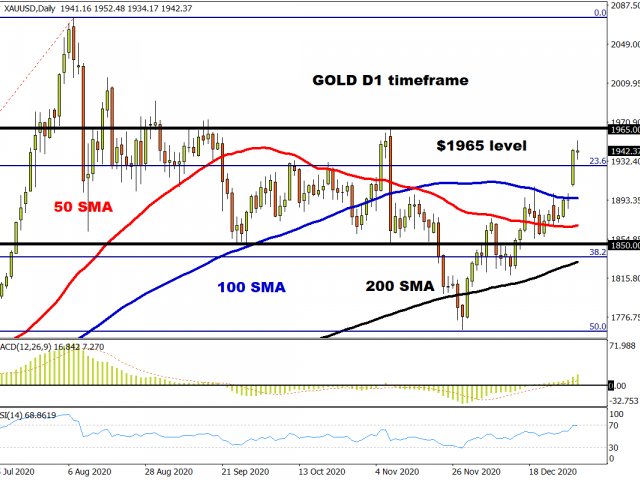