Jeff Bezos is stepping down as Amazon CEO 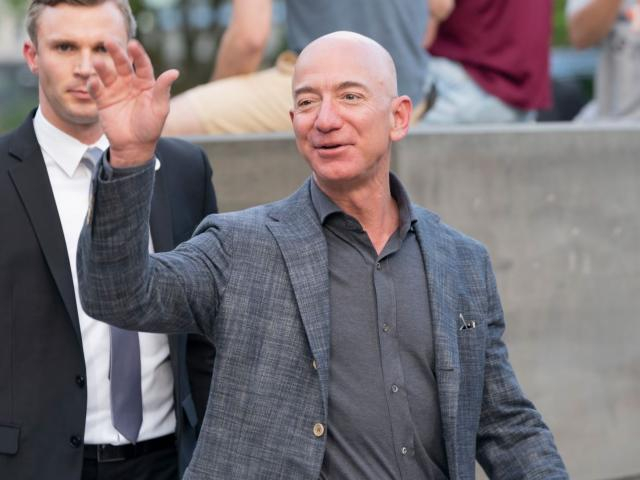 Amazon has just announced that its founder, Jeff Bezos will be stepping down as CEO in the third quarter of this year. He will instead become the executive chairman, allowing him to step away from the day-to-day rigours of running this tech behemoth.

Bezos will be replaced by Andy Jassy, the founder and head of the Amazon Web Services (the company’s cloud computing unit) who has been with the company since 1997.

How did Amazon’s shares react during the announcement?

Perhaps news of the leadership transition dampened Amazon’s stocks in late trading, at least relative to Alphabet. The Google-parent company also announced its earnings after the cash session ended Tuesday, and soared by as much as 8.5 percent during the after-market session.

After having muddled along in a sideways range since September, albeit within a narrowing range, the stock appears poised for a breakout to the upside.

From a technical perspective, Amazon’s share prices recently formed a golden cross, whereby its 50-day simple moving average (SMA) has crossed above its 100-day counterpart. Although the trading momentum (MACD) is currently tilted towards the bullish side of things, crucially, that momentum has to be sustained.

Amazon’s share prices still need to break above the $3500 level in order to convince bulls that a new record high can be reached in the near-term. 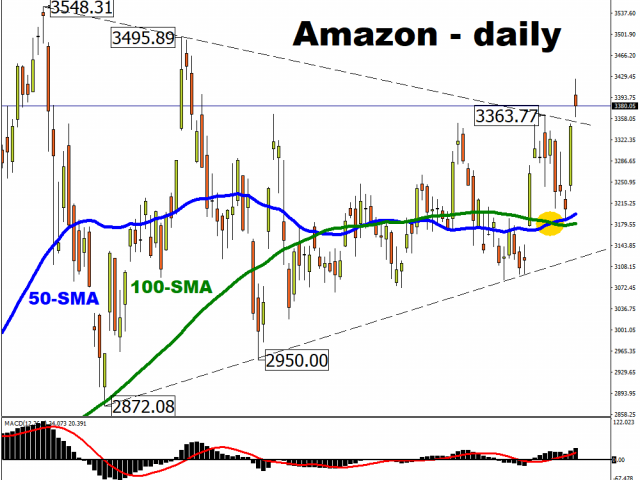 Should investors be worried?

Any leadership transition carries some level of risk. However, there are plenty of reasons to believe that this handover will not rock the Amazon boat.

The announcement about the CEO transition came just as Amazon reached a milestone: achieving over $100 billion in quarterly revenue for the first time in its history. For the final three months of 2020, Amazon posted a better-than-expected Q4 sales print of $125.6 billion, which is a 44 percent increase compared to the same period in 2019.

The company has forecasted sales for the current quarter to exceed the psychologically-important $100 billion mark again, while operating income could range within $3 billion to $6.5 billion.

Although Amazon has been benefitting from the pandemic tailwinds, which facilitated the shift to cloud computing services and online shopping, it remains to see if those trends will ease as more people get vaccinated and life reverts closer to the way it was before Covid-19.

Jassy appears to be from a similar mould as Bezos.

And given the fact that Jassy has been with Amazon for nearly a quarter of a century, he is well steeped in the company’s cultures, values, and goals.

Still, being the founder and head of AWS, it is only natural to assume that Jassy might place greater emphasis in solidifying Amazon’s dominance in the cloud-computing space. Having grown AWS into a business that raked in about $50 billion in 2020, it offers Amazon another growth driver, even as the online shopping boom is expected to eventually wear off.

- Alphabet’s stocks have climbed 45.5 percent since Larry Page and Sergey Brin announce they were stepping down in December 2019.

- Alibaba’s share price remains over 60 percent higher from when Jack Ma first announced he was stepping down as chairman in September 2018 (the transition officially took place in September 2019; Ma ceded the CEO role back in 2013).

- Microsoft’s stocks have soared by 985 percent since the June 2006 announcement that Bill Gates was stepping down from his day-to-day role.

All things considered, there are still plenty of reasons to think that Amazon’s share prices have a lot more gains to be uncovered, even in the post-Bezos era.