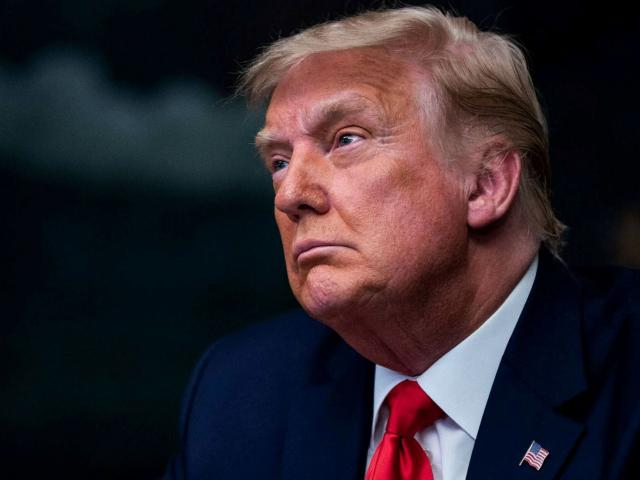 With the WallStreetBets frenzy looking to have cooled off last week, global investors are able to focus most of their attention on fundamental events over the coming days:

Earnings could spell more upside for US benchmark indices

The S&P 500 hit a new record high on Friday, and is poised to breach the psychologically-important 3,900 mark. At the time of writing, the benchmark index's futures contracts suggest more gains at the Monday cash open, aided by comments from Treasury Secretary Janet Yellen who foresees full US employment in 2022 on the back of President Joe Biden’s $1.9 trillion fiscal stimulus plan. 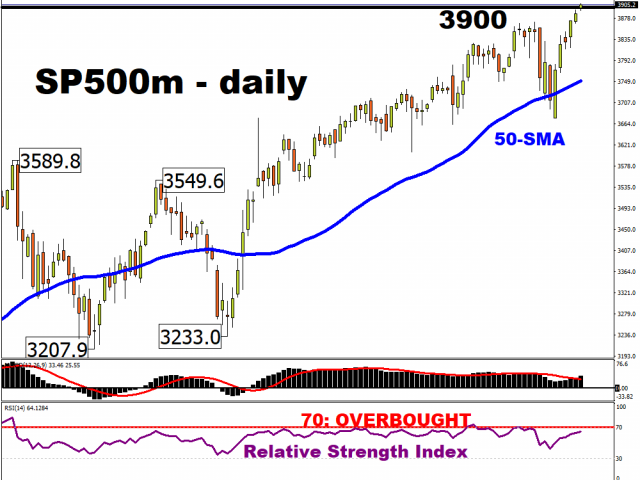 According to FactSet, more than half of the companies on the S&P 500 have already reported their respective Q4 earnings. 4 out of every 5 companies (81%) that have released their earnings have been able to beat market expectations. As a result, and potentially due to the low base effect set in 2020, markets are predicting double-digit earnings growth for all four quarters this year.

As investors continue to price in their earnings outlooks, coupled with the optimism surrounding more incoming US fiscal stimulus, this could spell new record highs for US benchmark indices.

However, negotiations surrounding the next fiscal package may be influenced by the proceedings in the Senate this week, as former US President Donald Trump undergoes his second impeachment trial.

Such political noise, if it grows loud enough, could dampen the risk-on sentiment in US stocks.

Brent may hit $60/bbl this week

Brent oil is tantalisingly close to the psychologically-important $60/bbl level, which is well within reach. Still, from a technical perspective, its 14-day relative strength index indicates that it has reached overbought levels, and may be ripe for a pullback. 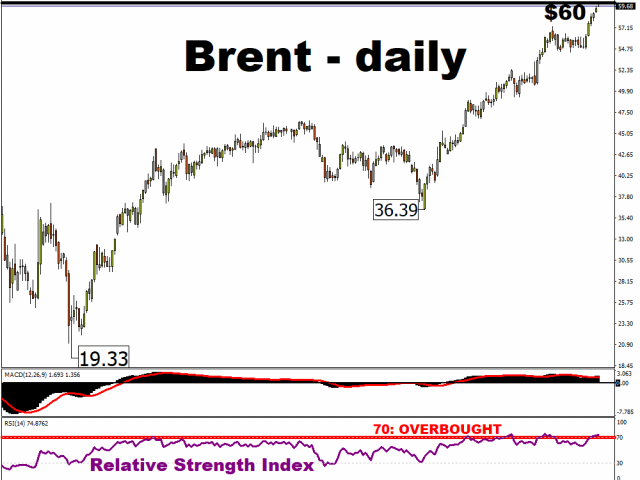 Should OPEC’s report this Thursday point to a faster recovery in global demand, that could spur bulls to push this commodity prices even higher.

As mentioned last week, spot gold’s 50-day moving average is very close to crossing below its 200-day counterpart, which would mark a ‘death cross’. Such a technical event often triggers further declines. 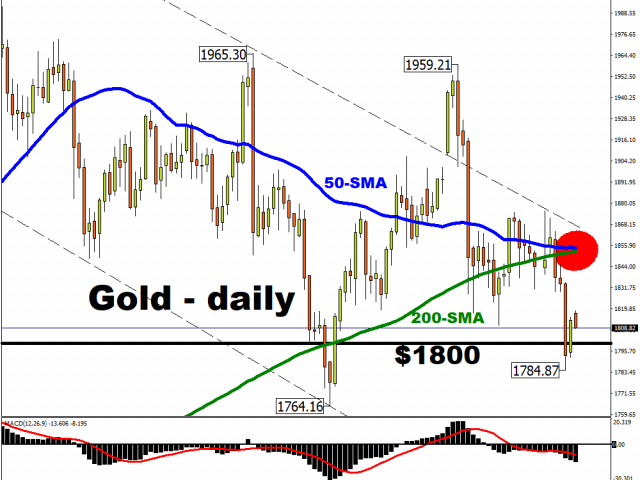 From a fundamental perspective, gold investors will be looking out for any signals from Fed Chair Jerome Powell’s speech as well as the US January inflation data release on Wednesday.

Noting that gold investments are widely seen as a way to preserve wealth in times of faster inflation, any cues that US inflation is going to overshoot may prompt more gains in bullion.