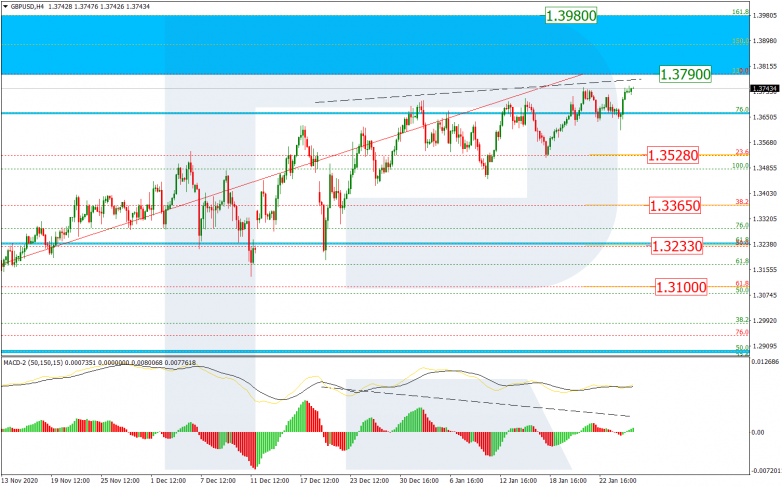 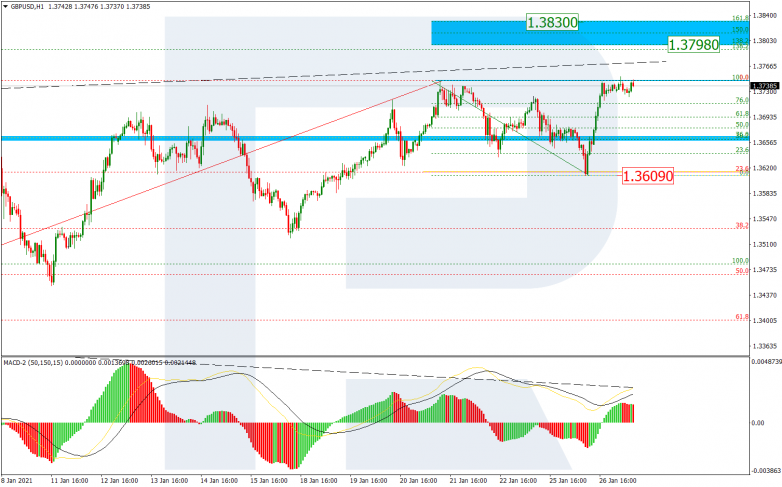 In the H4 chart, EURJPY has completed its correctional decline after another divergence on MACD; right now, it is moving upwards. The structure of the current movement may be considered as a correction after the previous descending wave and this implies a new decline within the correction. After completing the correction, the pair may resume growing to break the mid-term 61.8% fibo at 128.65 and then continue moving to reach the post-correctional extension area between 138.2% and 161.8% fibo at 129.16 and 130.43 respectively. 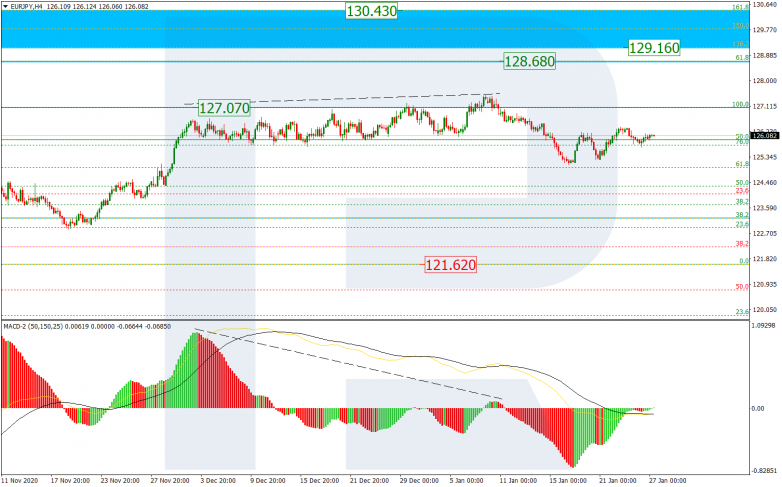 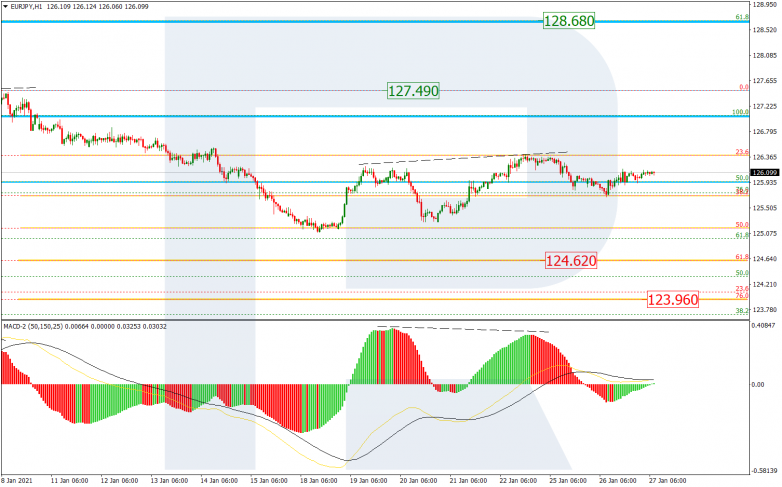