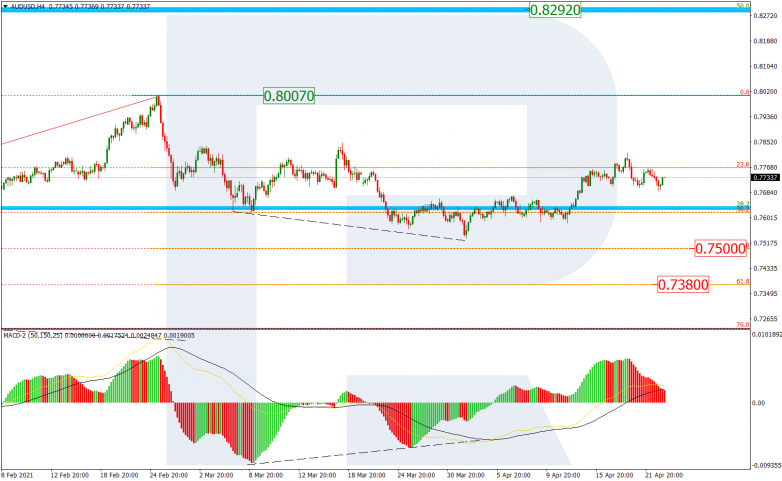 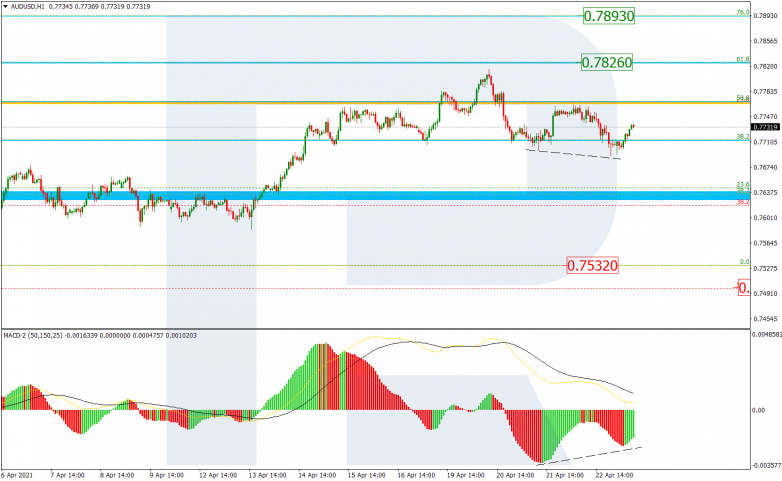 In the H4 chart, USDCAD is trading sideways and correcting after finishing the descending wave. The asset is stuck between 23.6% and 50.0% fibo. Also, there is a divergence on MACD, which may indicate a possible wave to the downside towards the local and fractal lows at 1.2365 and 1.2061 respectively. However, if the price rebounds from the low, the pair may resume growing to reach 61.8% and 76.0% fibo at 1.2683 and 1.2757 respectively but the key upside target is the local high at 1.2881. 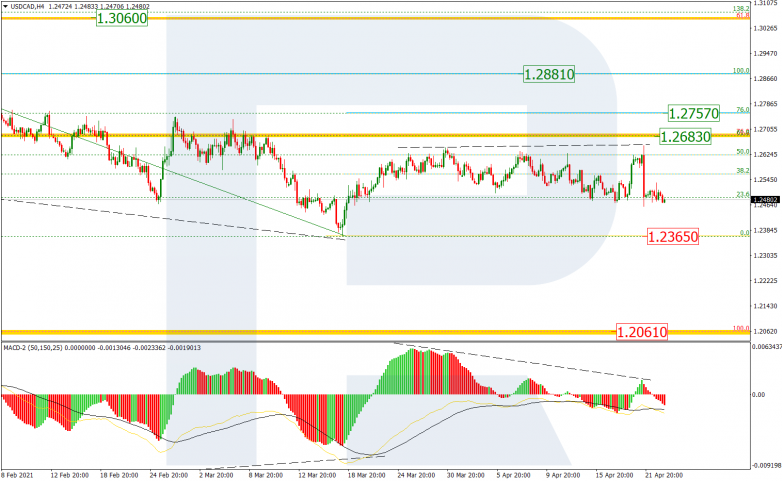 The H1 chart shows a more detailed structure of the current bearish impulse, which has already reached 61.8% fibo. Later, the asset may resume falling towards 76.0% fibo at 1.2434, a rebound from which may result in a new rising movement to reach the local high at 1.2654. 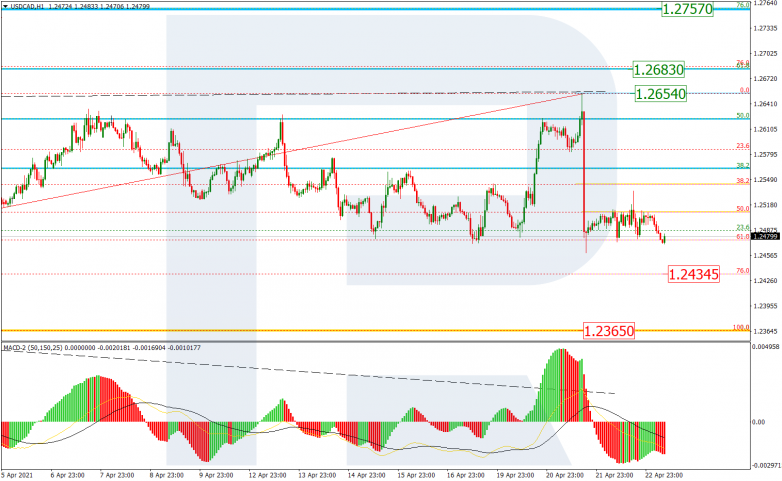