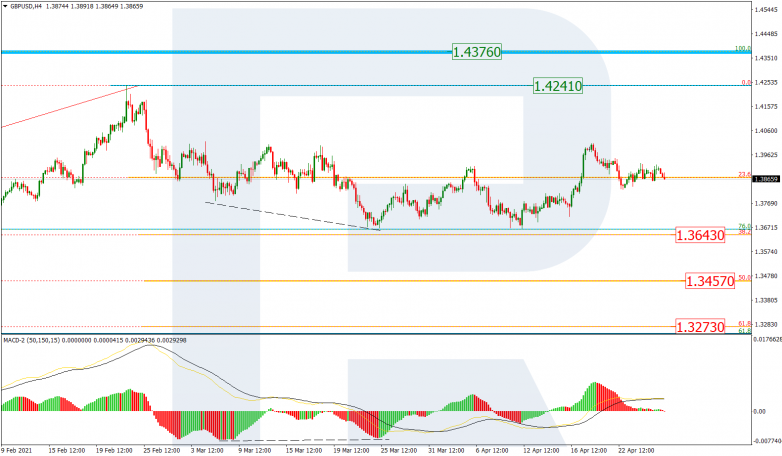 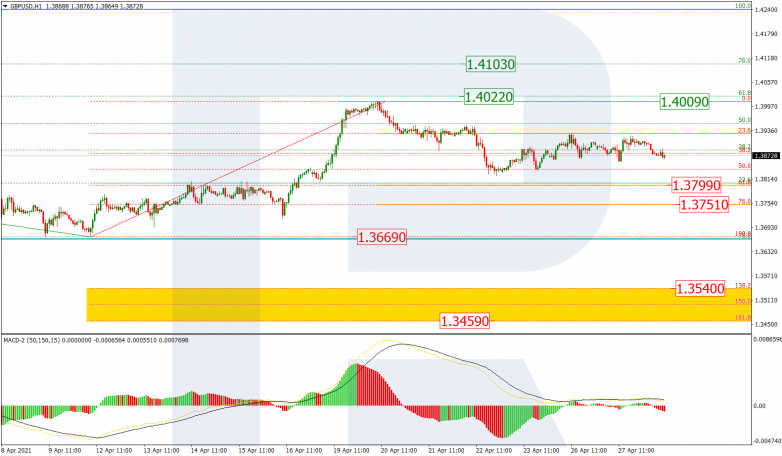 In the H4 chart, a previous divergence couldn’t force the asset to fall, so the pair, after breaking the high at 130.98, is heading to reach the long-term 76.0% fibo at 131.95. However, this is another divergence on MACD, so the instrument should be ready for a new correction towards the local support at 61.8% fibo (128.67). 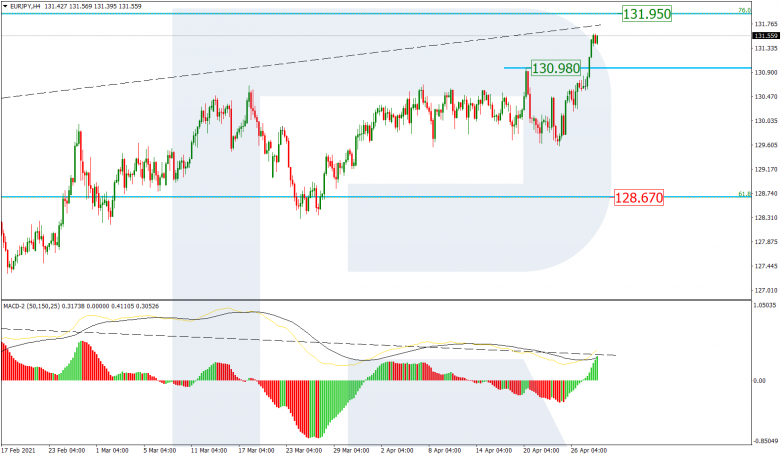 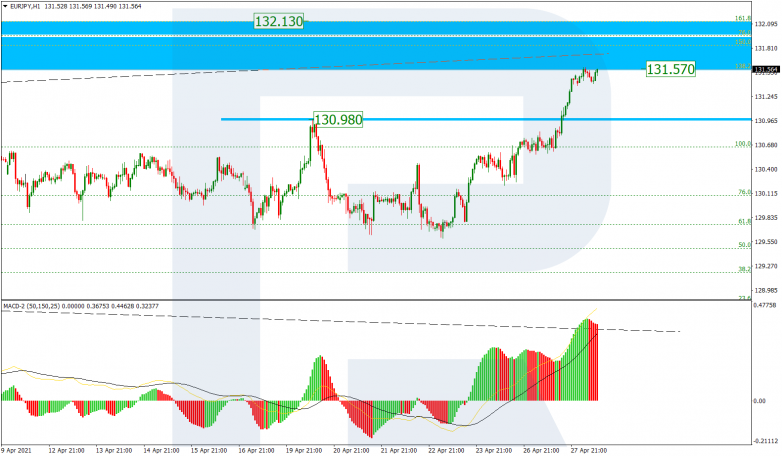