As we can see in the H4 chart, the uptrend continues. After breaking 50.0% fibo, XAUUSD is approaching 61.8% fibo at 1851.32 and may later break this level as well. In this case, the next upside target will be 76.0% fibo at 1891.40. However, despite the fact that the current uptrend is quite stable, there is a divergence on MACD, which may hint at a possible reversal. The key support is the low at 1676.78. 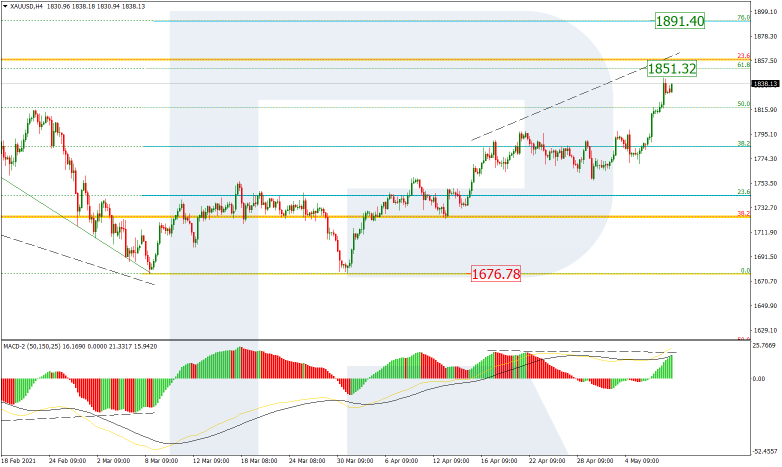 In the H1 chart, after completing the ascending impulse, the pair is forming a short-term consolidation range and may later resume growing to reach 61.8% fibo at 1851.32. However, if this range transforms into a correction, the target will be at 1818.00. 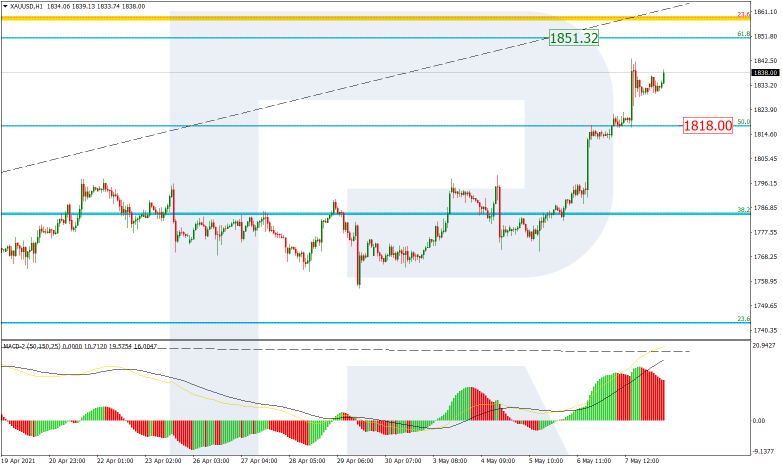 In the H4 chart, after finishing the short-term pullback, the asset is forming a new descending impulse, which has already reached 76.0% fibo. At the same time, there is a convergence on MACD, which may hint at a correctional uptrend soon. Still, the key downside target remains the fractal low at 0.8871. 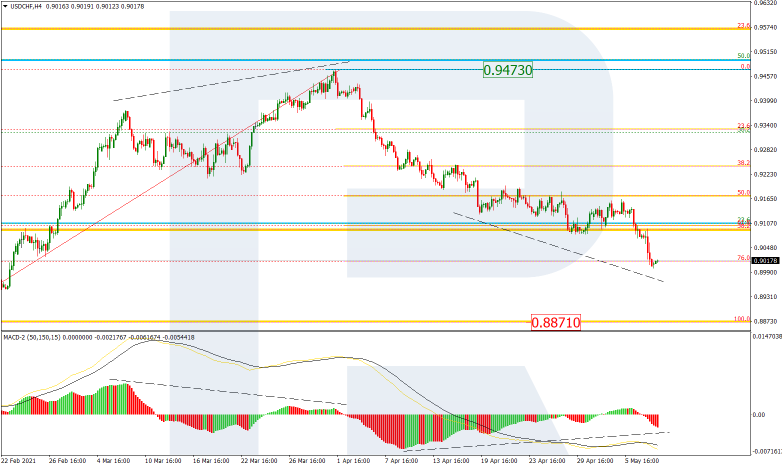 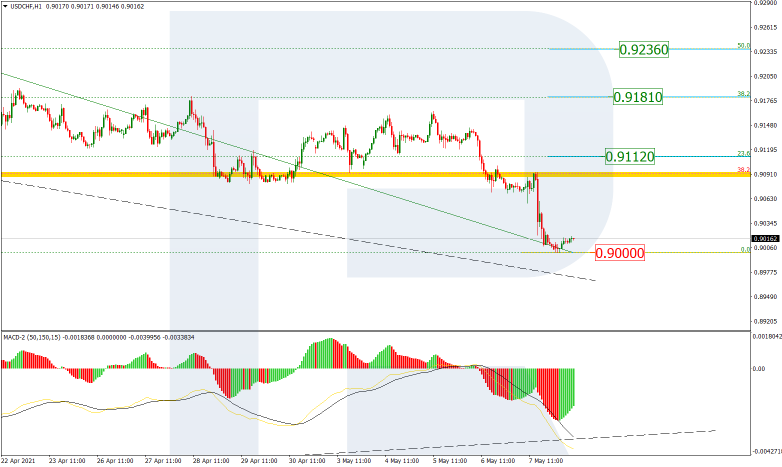