The H4 chart shows that after completing the short-term pullback, EURUSD continues trading upwards; the pair has already broken the local high and is now approaching 76.0% fibo at 1.2195. One should also note that on its way to the high (1.2350) the asset may slow down a bit close to the fractal (1.2243) but this pause will be nothing but a slight correction. However, taken together with a divergence on MACD, this factor may hint at a reversal or a deep correction. The support is the low at 1.1704. 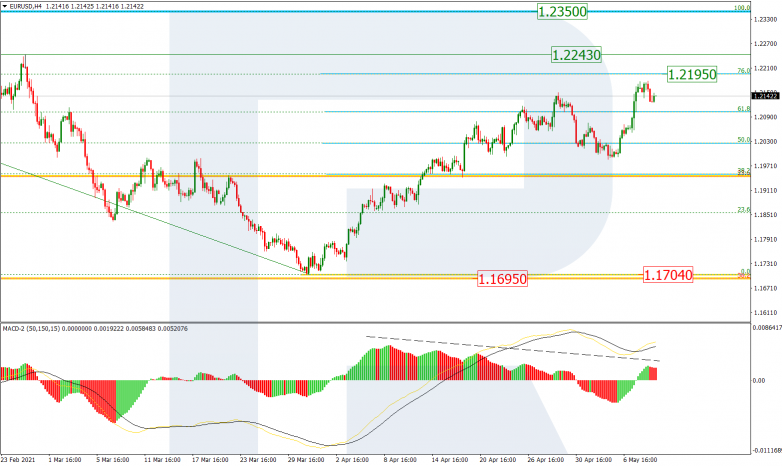 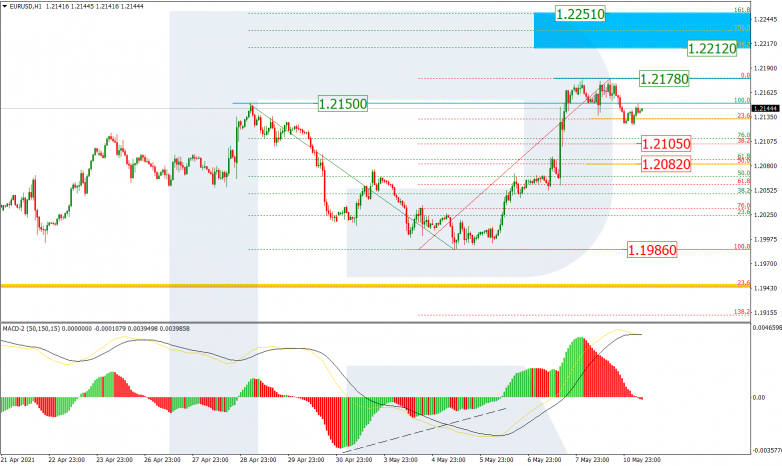 The current situation in the H4 chart is rather uncertain and may indicate both a slowdown in the uptrend and the start of a new mid-term descending wave. The first thing one should note is that after growing and testing 61.8% fibo, the pair started falling towards the local low 107.48. This technical picture makes the “bearish” scenario prevailing. In this case, the downside targets may be 50.0% and 61.8% fibo at 106.78 and 105.80 respectively. At the same time, one shouldn’t exclude an alternative scenario that implies a further uptrend to reach 76.0% and the high at 110.13 and 110.97 respectively. 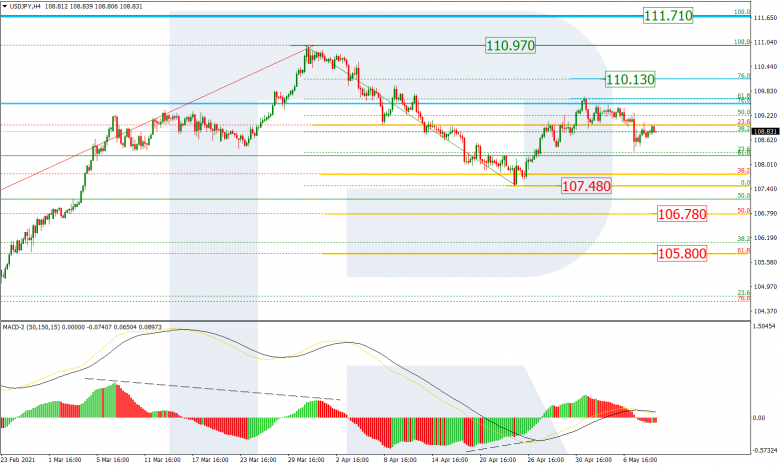 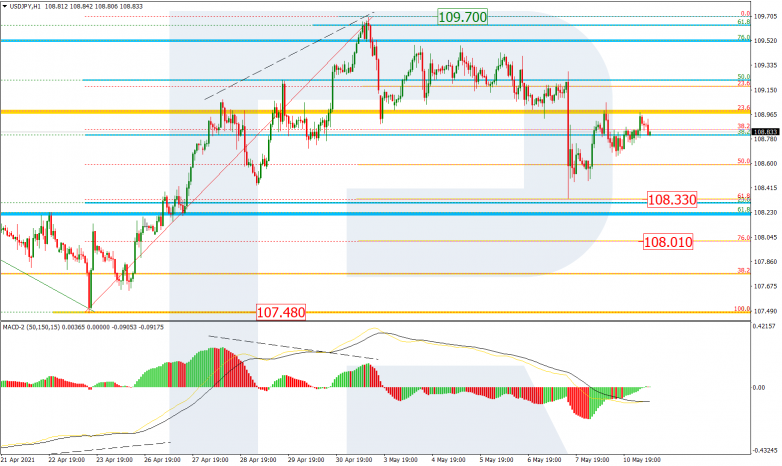