The H4 chart shows that after completing the short-term pullback, EURUSD is forming another rising impulse, which is now approaching 76.0% fibo at 1.2195. A breakout of this level may lead to a further uptrend towards the long-term high at 1.2340 but a divergence on MACD may hint at a new descending correction to reach the support at 50.0% fibo (1.2027). One shouldn’t also exclude a further decline towards the low at 1.1704. 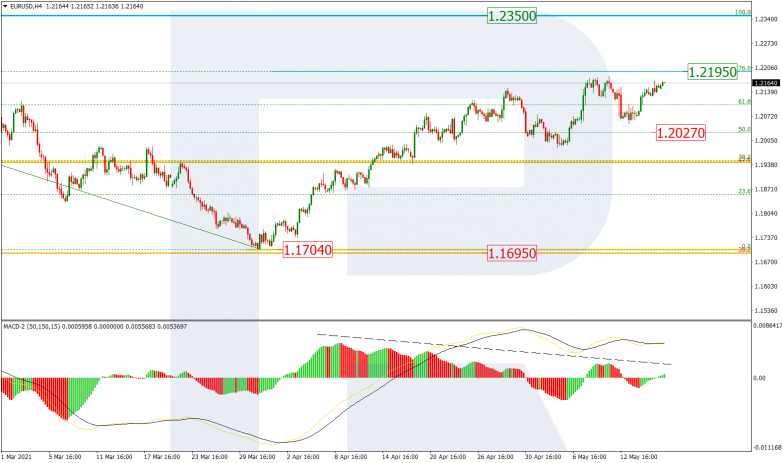 As we can see in the H1 chart, after finishing the correctional downtrend at 23.6% fibo, EURUSD is growing to reach the local high at 1.2182. Taking into account a local divergence on MACD, the pair may rebound from the high to start a new descending wave towards 38.2% and 50.0% fibo at 1.1999 and 1.1943 respectively. 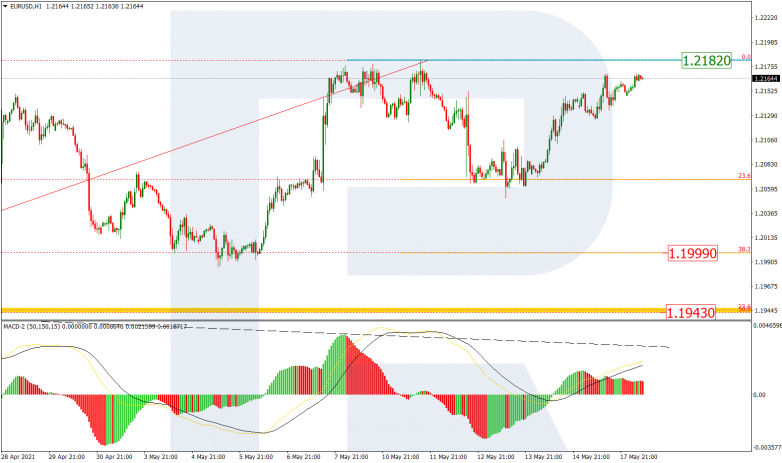 As we can see in the H4 chart, the rising movement has slowed down after a convergence on MACD. One should also note that the MACD indicator is forming a divergence, which may hint at a new descending wave to deepen the correction towards 50.0% and 61.8% fibo at 106.78 and 105.80 respectively. At the same time, one shouldn’t exclude an alternative scenario that implies a further uptrend to reach the high at 110.97. 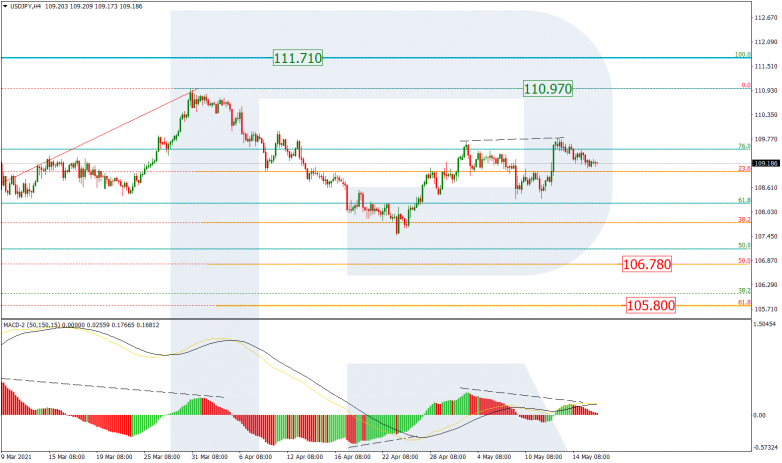 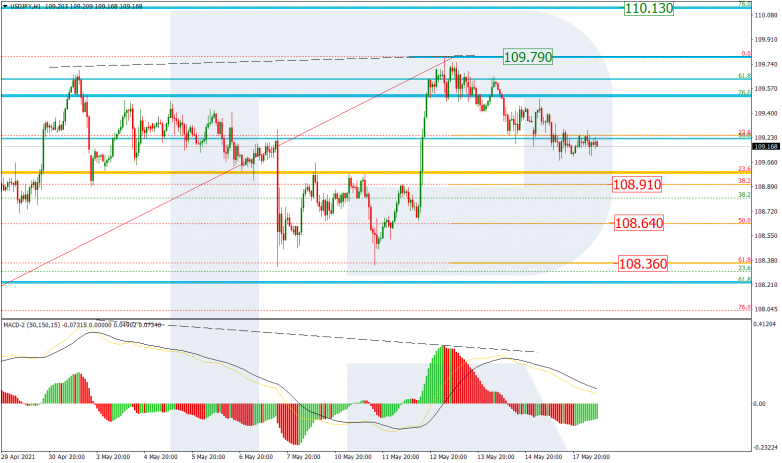