As we can see in the H4 chart, a divergence on MACD made AUDUSD start a new descending correction that reached 50.0% fibo but was later followed by another growth. At the moment, the pair is moving within a narrow consolidation range. Possibly, the asset may break this range to the downside and continue the mid-term correctional downtrend towards 61.8% and 76.0% fibo at 0.7669 and 0.7618 respectively. If the pair breaks the low at 0.7532, the next target will be 50.0% fibo at 0.7500. the resistance is the high at 0.7891. 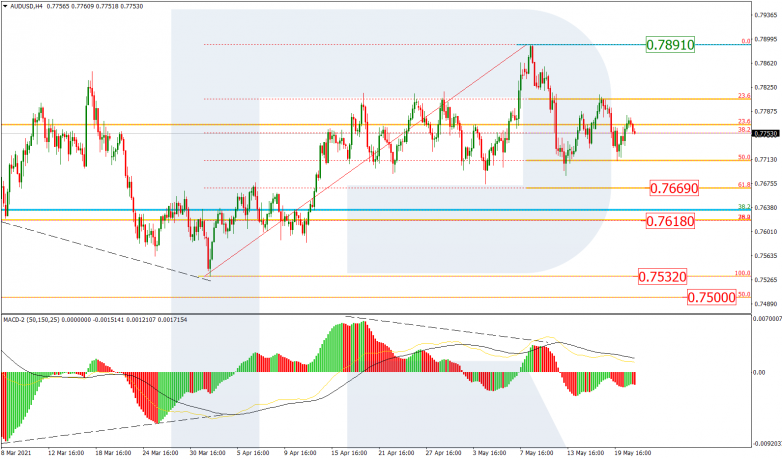 The H1 chart of UADUSD shows a more detailed structure of the current consolidation. The pair has already reached 61.8% fibo and may later continue growing towards 76.0% fibo at 0.7842, a breakout of which, in its turn, may lead to a further uptrend to reach the high. The most probable scenario for the nearest future implies a decline towards the low and 61.8% fibo at 0.7688 and 0.7669 respectively. 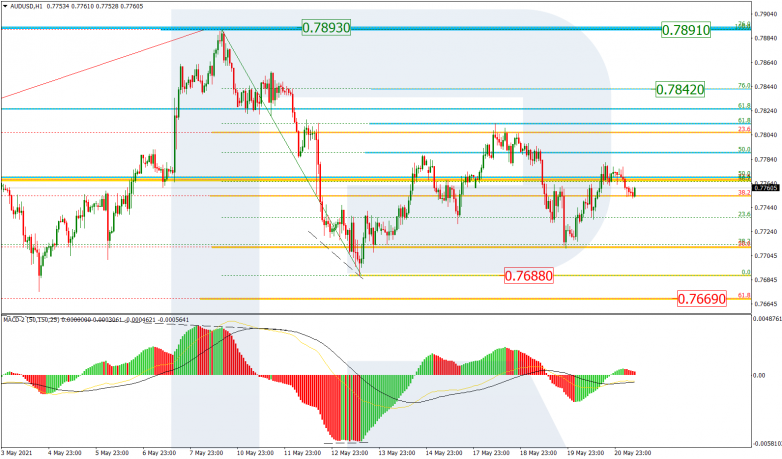 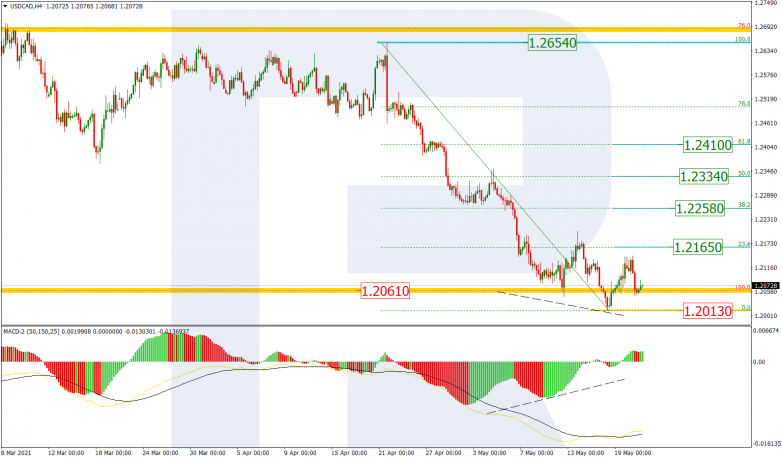 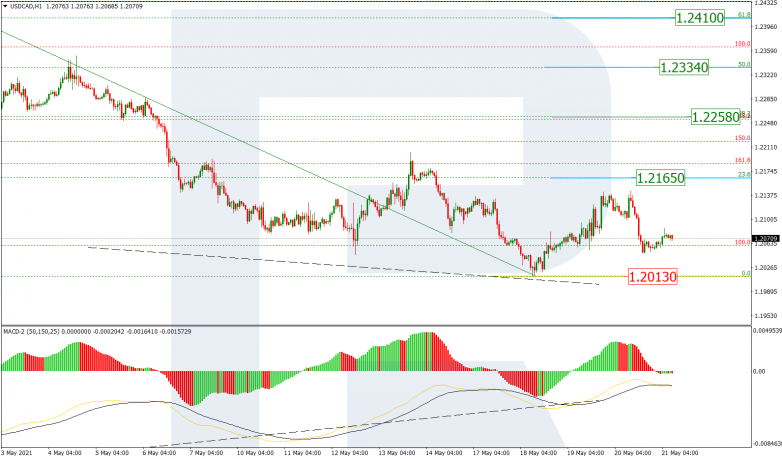