As we can see in the H4 chart, the uptrend has reached 50.0% fibo; right now, the pair is consolidating before starting another growth towards 61.8% fibo at 1922.50. However, despite the fact that the current uptrend is quite stable, there is a divergence on MACD, which may hint at a possible pullback. The key support remains the low at 1676.78 but it may soon relocate to 38.2% (1824.45). 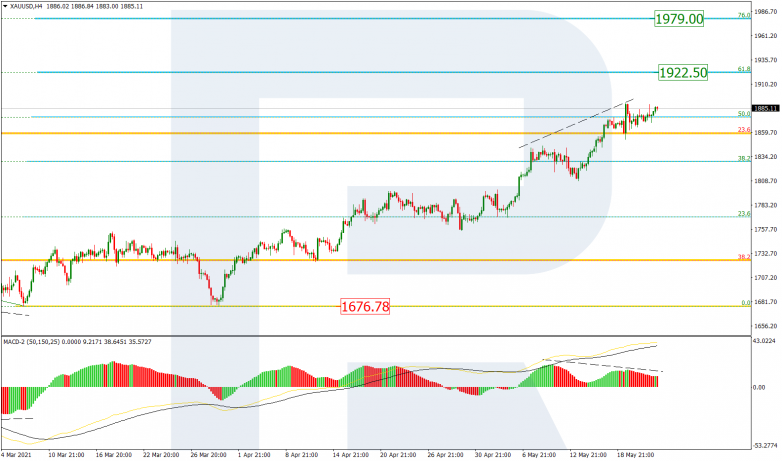 The H1 chart shows a more detailed structure of the consolidation range after a quick rise. Under the current circumstances, the asset may break the range both to the upside and downside at 1890.04 and 1852.14 respectively. However, the first scenario is more likely. After breaking 1890.04, XAUUSD may resume growing towards the post-correctional extension area between 138.2% and 161.8% fibo at 1904.35 and 1913.10 respectively. On the other hand, a breakout of the support at 1852.14 will lead to a deeper correction. 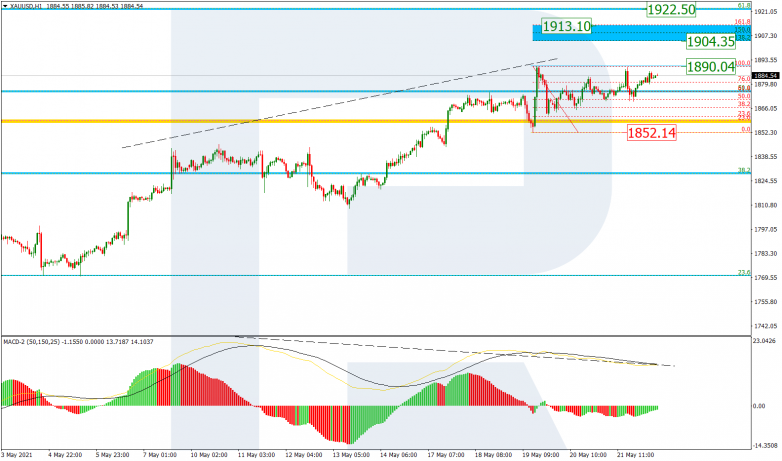 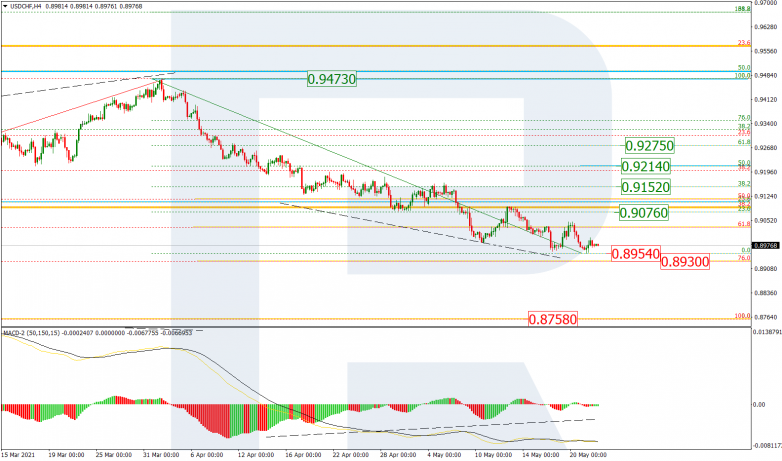 The H1 chart shows that the current decline is slowing down and updating the local lows. However, the fact that the highs are relocating to the downside doesn’t imply a possible reversal. In the short term, the asset may test the low at 0.8954. 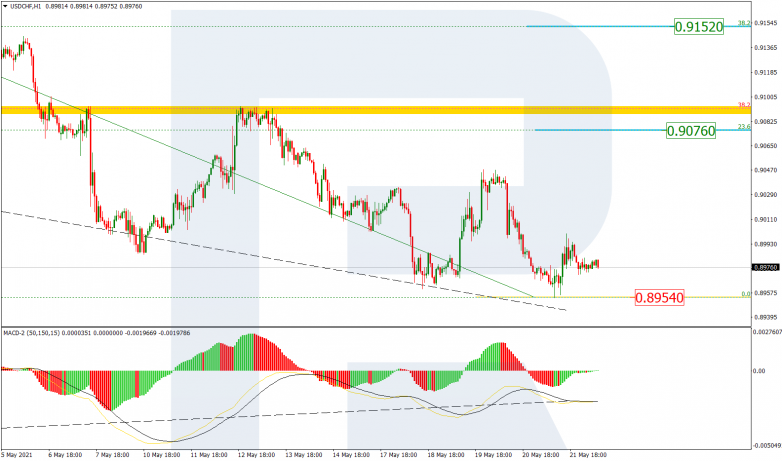