The H4 chart shows a sideways movement after a divergence on MACD; by now, the pair has reached 76.0% fibo. If the price breaks this level and fixes above it, the instrument may continue growing towards the long-term high at 1.2350. At the same time, one shouldn’t forget about the divergence – the asset may expand the correctional channel to reach the local support at 61.8% fibo (1.2103). 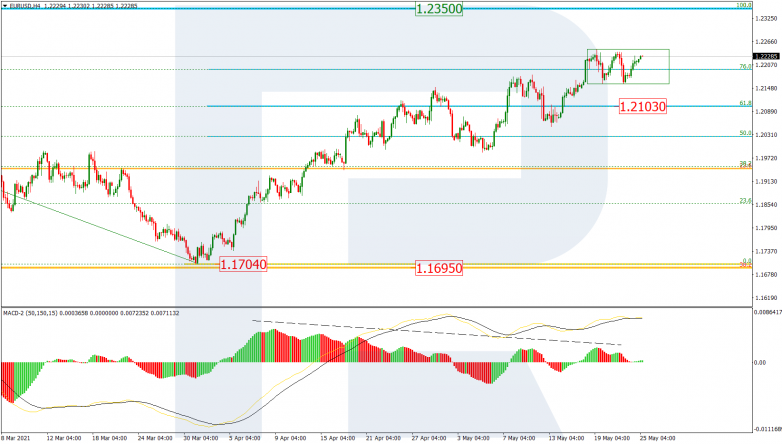 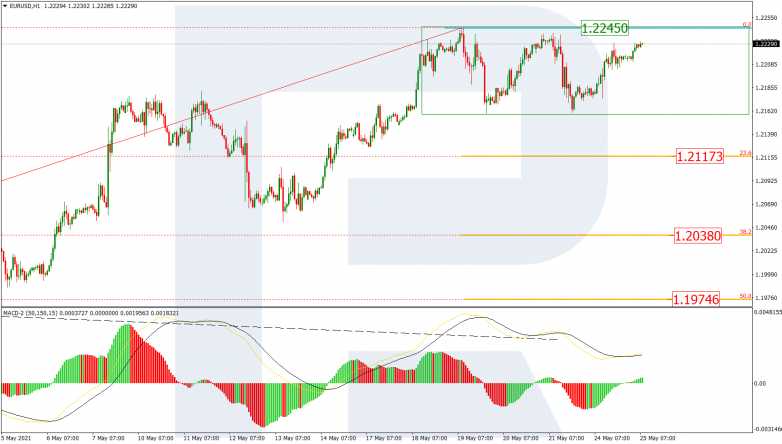 In the H4 chart, the situation hasn't changed much. The pair tried to fall after a local divergence on MACD and decide on where to move in the future; right now, it is consolidating around 23.6% fibo still without any particular direction. However, the most probable scenario after the divergence implies a further decline towards 50.0% and 61.8% fibo at 106.78 and 105.80 respectively. At the same time, one shouldn’t exclude an alternative scenario that suggests a further uptrend to break high at 110.97 and even reach 111.70. 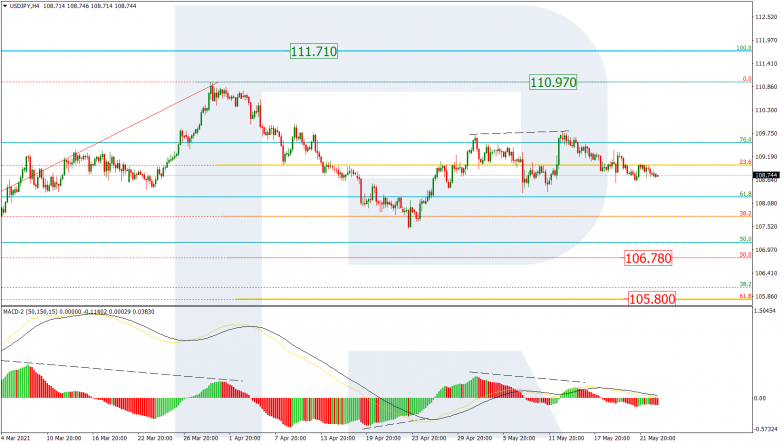 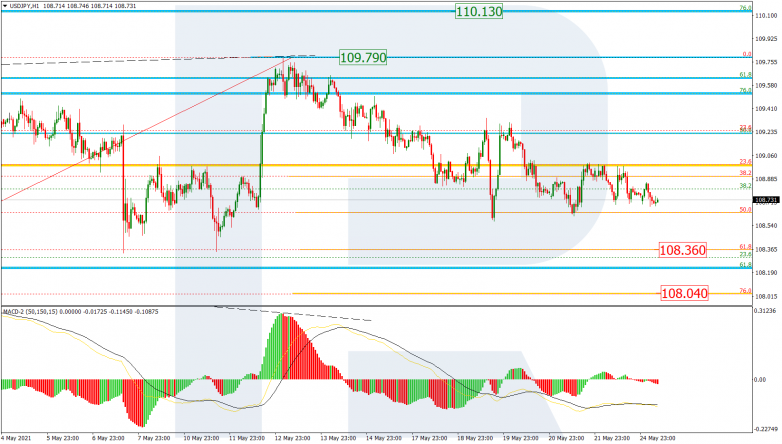