As we can see in the H4 chart, the asset is starting a new rising movement after convergence on MACD; the previous decline has reached 76.0% fibo. At the same time, this convergence may force the asset to form not just a pullback but a proper ascending wave towards the short/long-term highs at 1.2266 and 1.2350 respectively. However, if the price completes the pullback without updating the high, the instrument may fall to break the mid-term 76.0% fibo at 1.1704 and then continue moving towards the long-term 50.0% fibo at 1.1695. 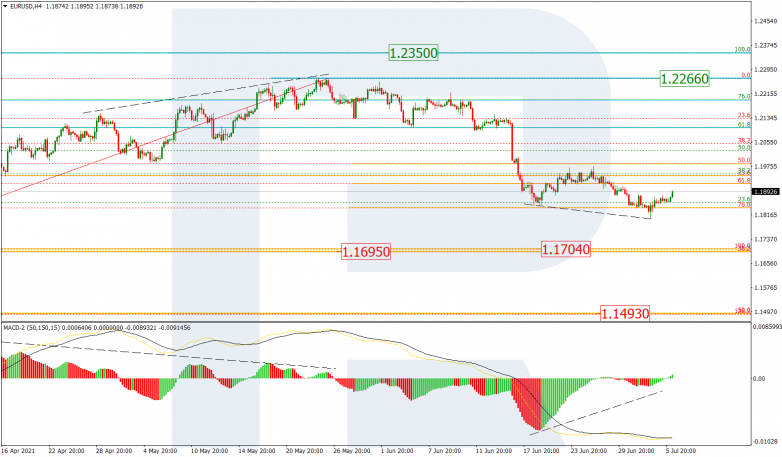 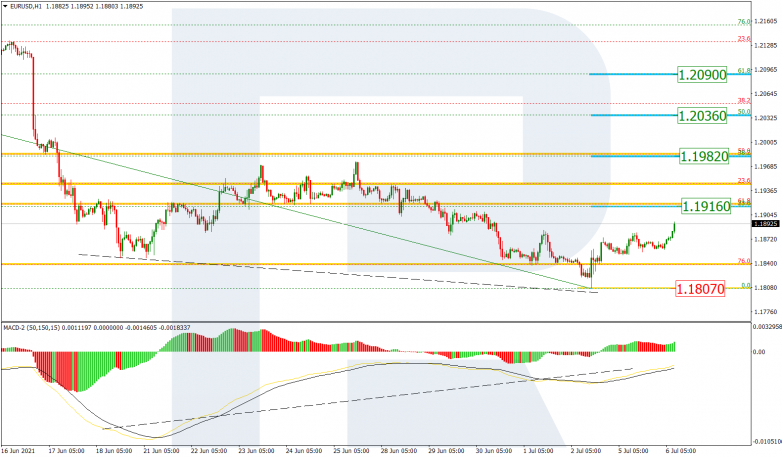 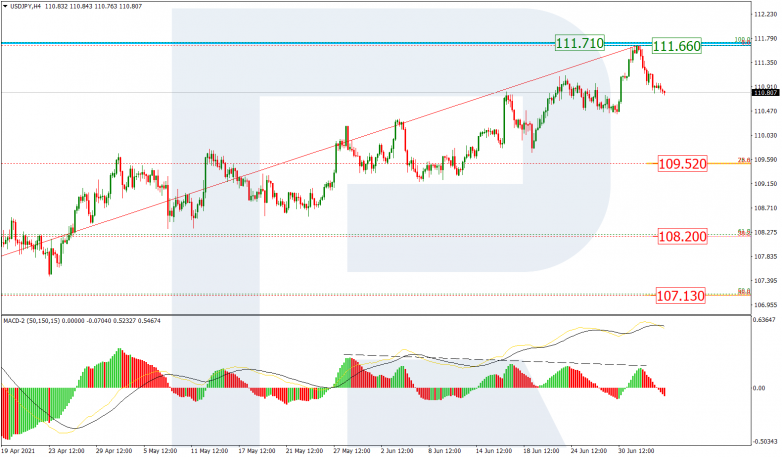 The H1 chart shows a correctional decline after the previous rising impulse. At the moment, the asset is approaching 76.0% fibo at 110.72 and may later continue falling towards the local low at 110.42, a breakout of which may lead to a further downtrend to reach the post-correctional extension area between 138.2% and 161.8% fibo at 109.95 and 109.65 respectively. 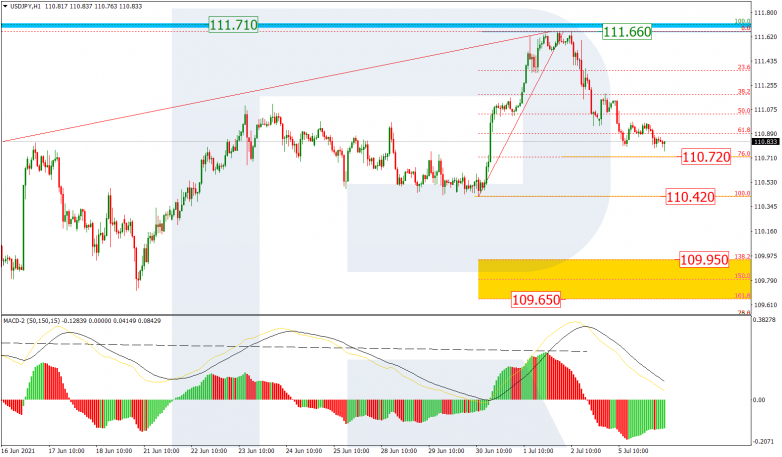