As we can see in the H4 chart, local divergence on MACD may indicate that XAUUSD has completed the correctional uptrend after previous convergence. In this case, the pair is expected to start another descending impulse to reach its important low at 1676.78. The next mid-term downside target is 50.0% fibo at 1617.50. 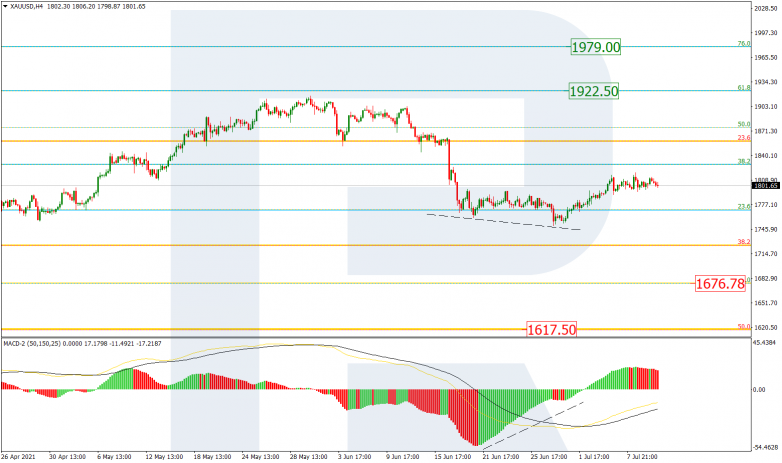 The H1 chart shows a more detailed structure of the correctional uptrend, which, after reaching 38.2% fibo, has been stopped by divergence on MACD. However, as long as the price hasn’t broken the low at 1750.58, one shouldn’t exclude further growth towards 50.0% fibo at 1833.65. At the same time, a breakout of the low will lead to a further downtrend to reach 76.0% at 1735.32. 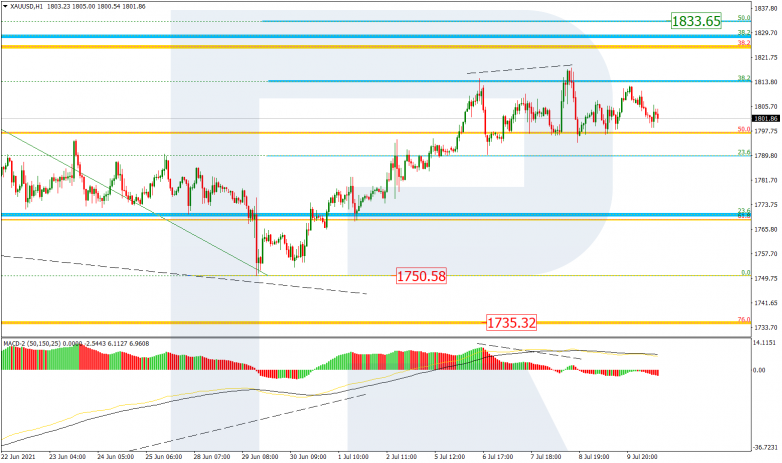 In the H4 chart, divergence on MACD made the pair slow down and complete the pullback, which may be followed by a new wave to the upside. As we can see, the previous rising wave has reached 61.8% fibo, while the next one may move towards 76.0% fibo and the high at 0.9341 and 0.9473 respectively. On the other hand, a breakout of the support at 0.8926 may lead to a further downtrend towards the long-term low at 0.8758. 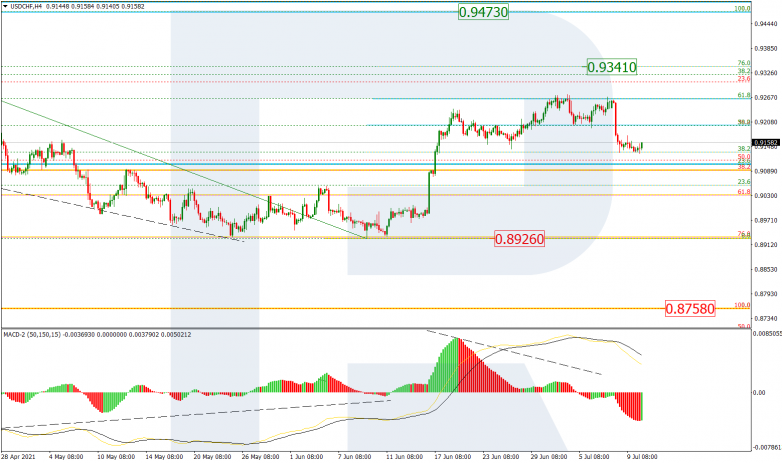 The H1 chart shows a more detailed structure of the current correction after divergence on MACD, which has already tested 38.2% fibo. However, one can see convergence on MACD, which may indicate a possible growth towards the short-term high at 0.9275. Another idea implies a further downtrend to reach 50.0% and 61.8% fibo at 0.9101 and 0.9060 respectively but this scenario is rather unlikely. 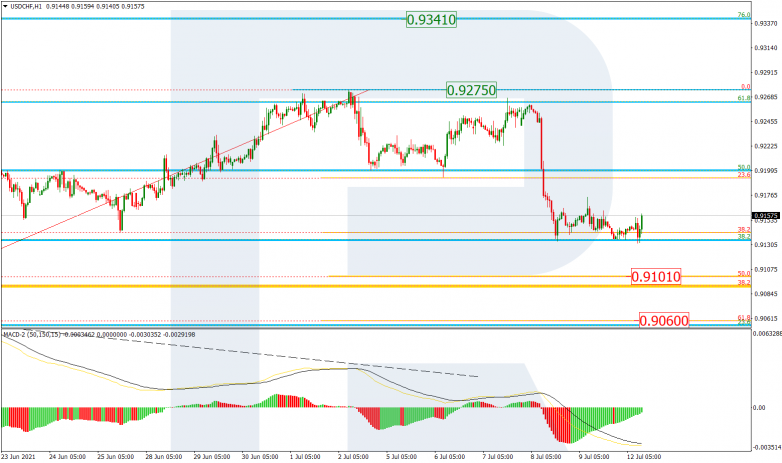