XAUUSD, "Gold vs US Dollar" 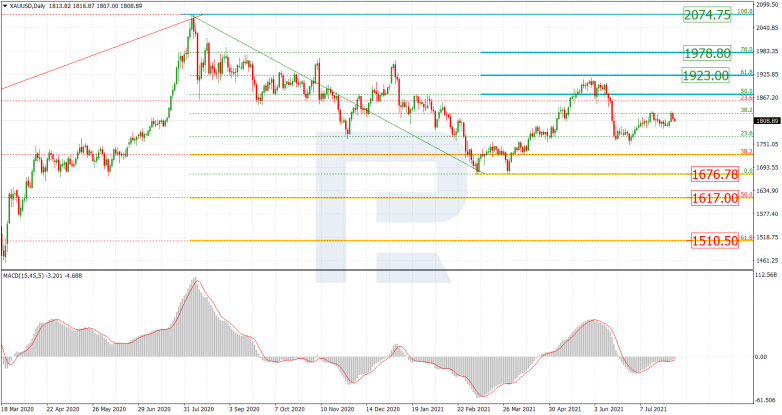 On H4, we can see the market test 50.0% twice after a convergence, which means this resistance level is strong. Another impulse of growth in the local correction phase will aim at 61.8% (1853.05). However, in the nearest future, we should expect a decline to the latest low at 1750.58. 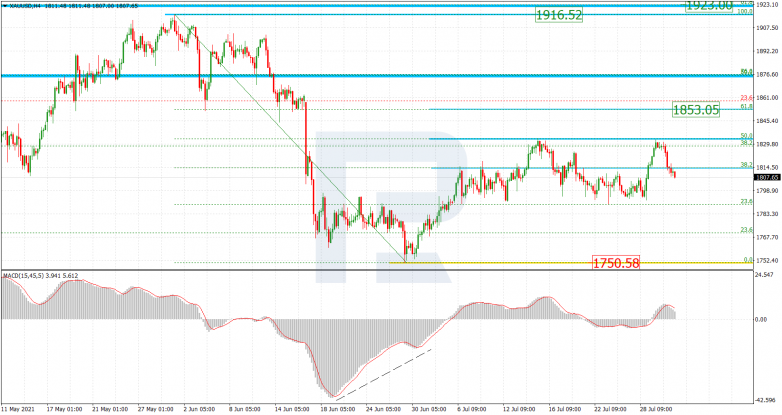 USDCHF, "US Dollar vs Swiss Franc" 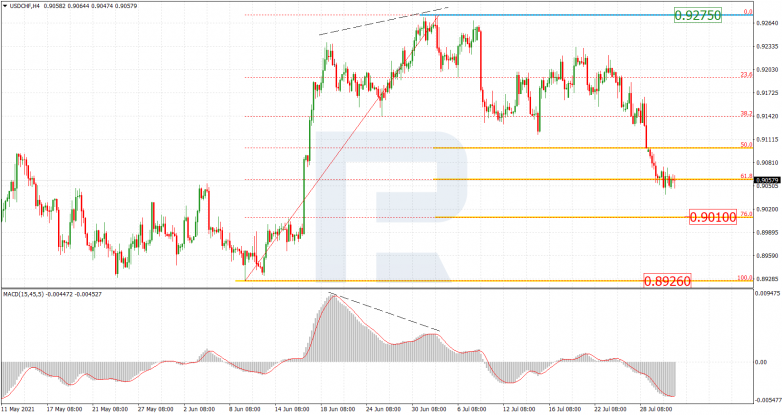 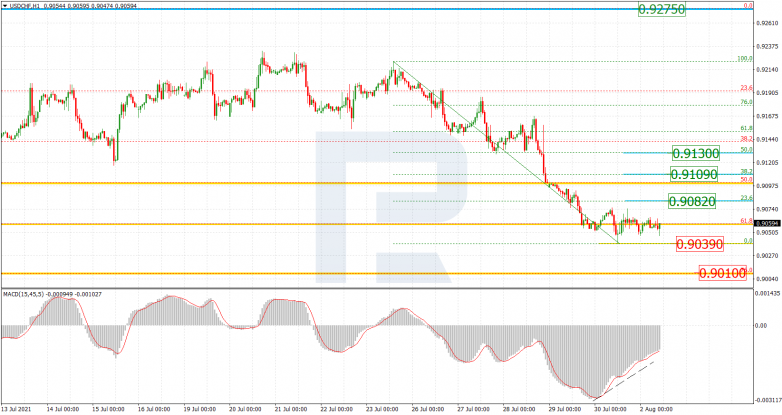