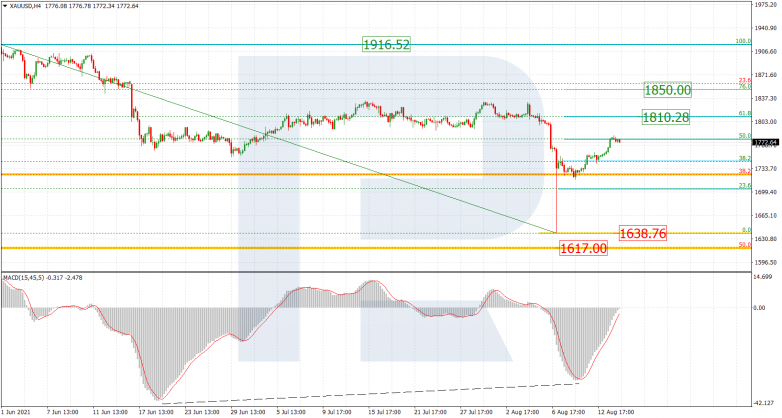 In the H1 chart, the asset is testing 50.0% fibo. Possibly, the pair may start a new pullback towards 38.2% fibo at 1744.80, which may later be followed by another growth to reach 61.8% fibo at 1810.28. After that, one may expect divergence on MACD to indicate a new descending structure to reach the previous low. 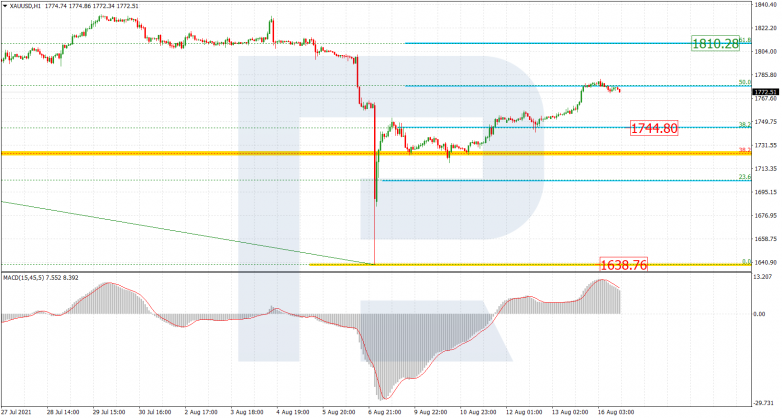 In the H4 chart, USDCHF is forming a mid-term narrowing channel. This technical picture assumes two possible scenarios. The first scenario implies a breakout of the high at 0.9275 and a further uptrend towards the post-correctional extension area between 138.2% and 161.8% fibo at 0.9373 and 0.9433 respectively, while the second one suggests a decline to reach the long-term support at 0.8926 but only after a breakout of the local low at 0.9018. 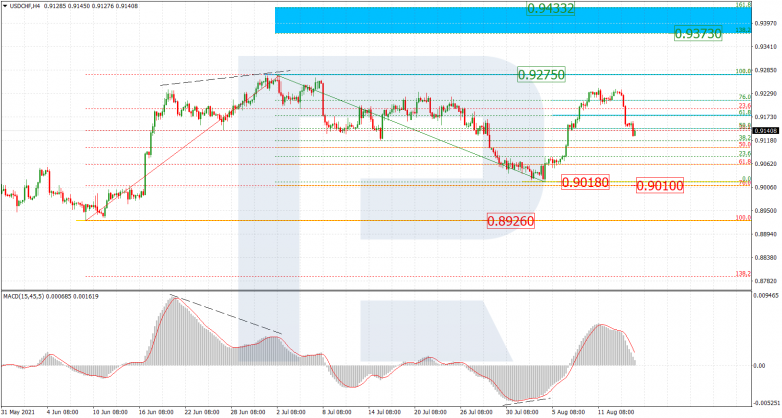 The H1 chart shows a movement to the downside after divergence on MACD, which has already reached 50.0% fibo and may later continue towards 61.8% fibo at 0.9104. After testing the latter level, one should expect convergence and another growth to reach the local high at 0.9242. 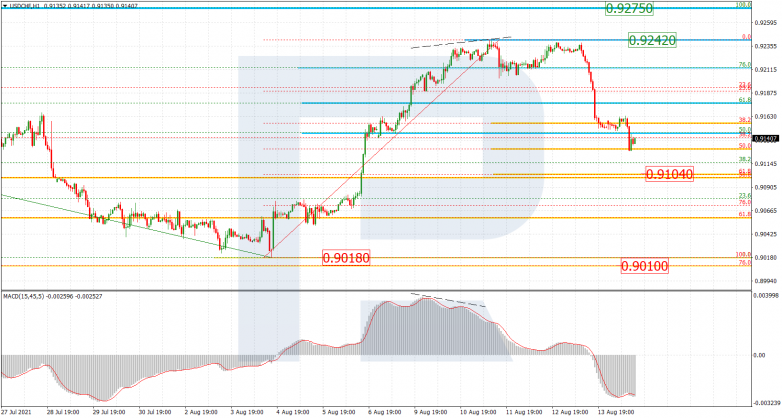