As we can see in the daily chart, the asset continues moving around 23.6% fibo; this movement may be considered as a mid-term local consolidation within the correctional phase. Later, the market may break this consolidation range to the downside and reach 38.2% and 50.0% fibo at 1.3419 and 1.3161 respectively. The key resistance is the high at 1.4250. 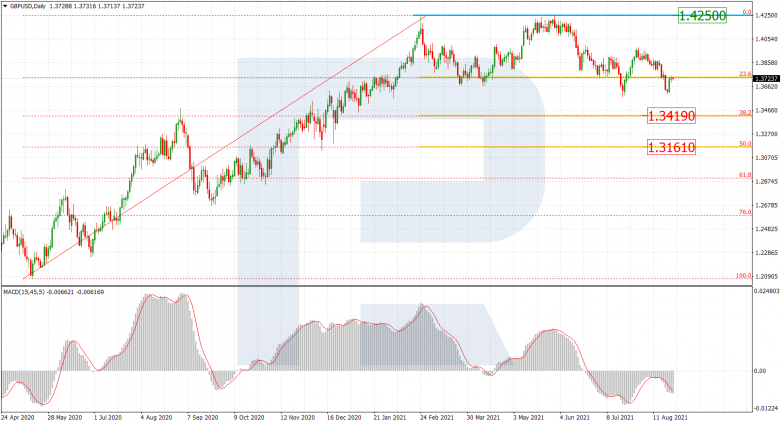 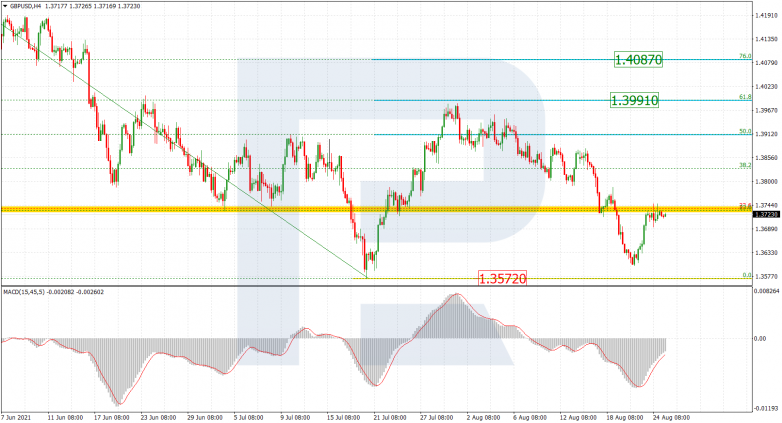 The H4 chart shows a steady descending tendency. At the same time, we can see a possible test of 50.0% fibo at 127.87 and convergence on MACD. Both these factors may indicate a correctional uptrend in the nearest future. After the correction, the asset may resume falling towards 61.8% fibo at 126.40. The resistance is the high at 134.12. 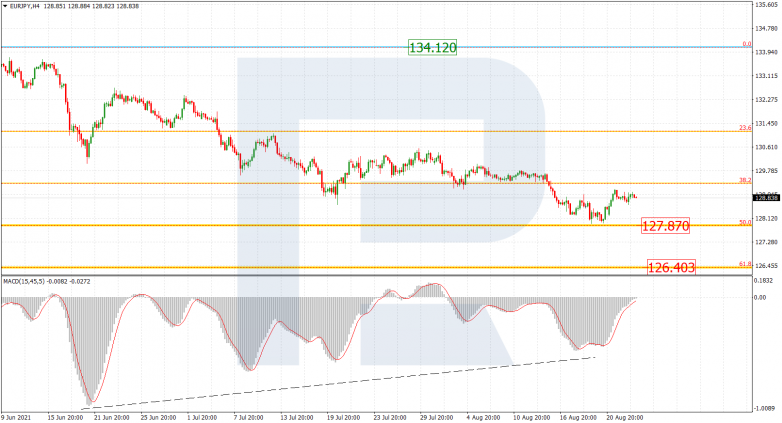 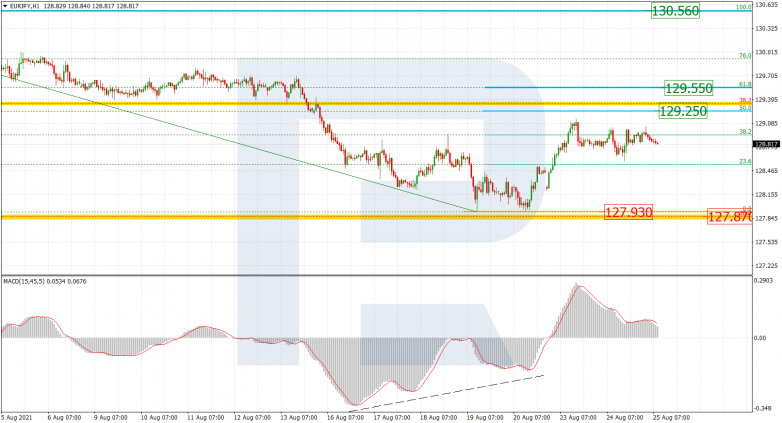