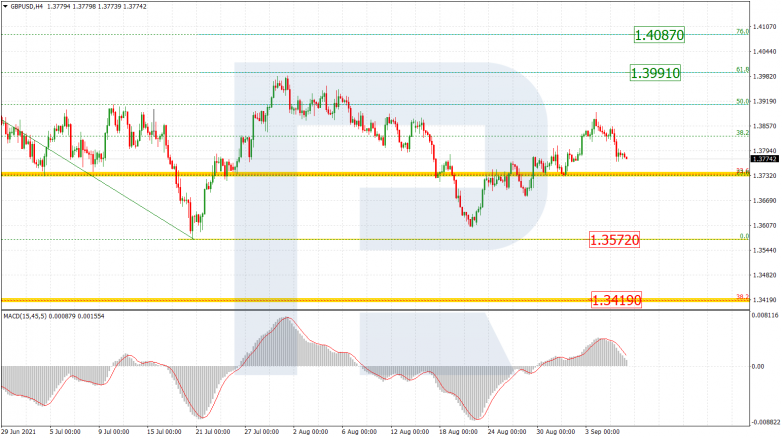 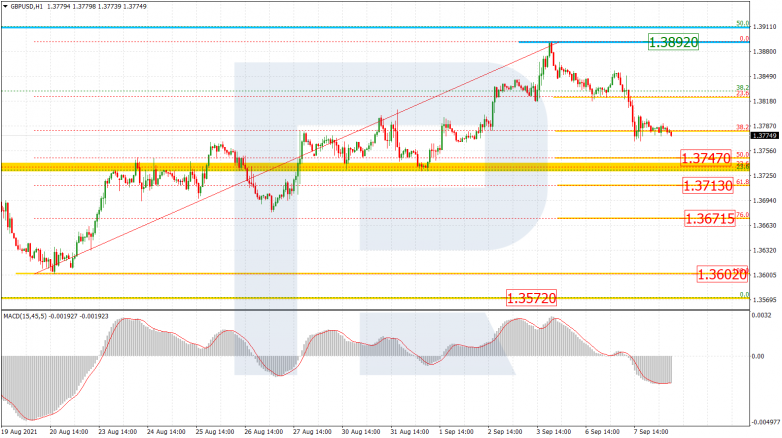 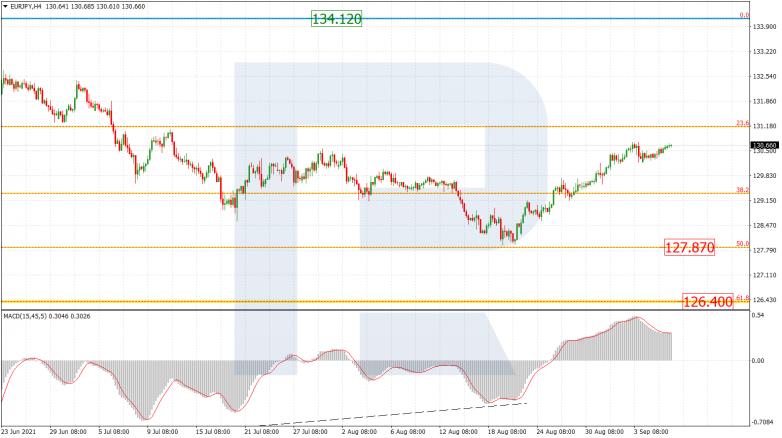 The H1 chart shows a more detailed structure of the correctional uptrend. After a thorough test of 38.2% fibo, the asset is heading towards 50.0% at 131.02, a breakout of which may result in a further uptrend to reach 61.8% fibo at 131.75. After that, one may expect divergence on MACD to indicate a new descending wave towards the low at 127.93. 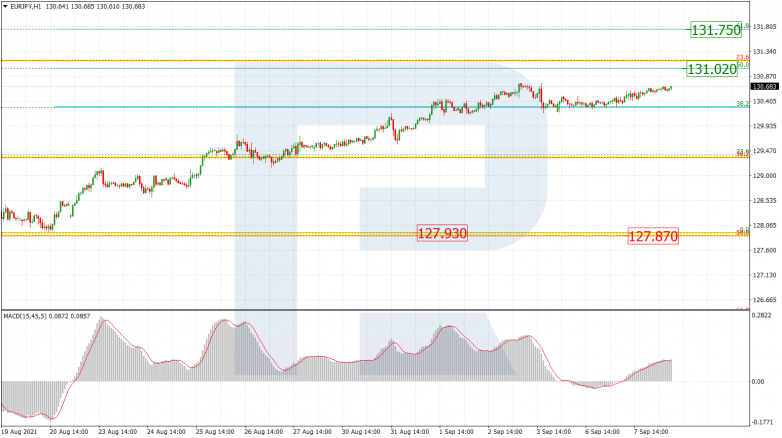