In the H4 chart, convergence on MACD made the pair start a new rising wave, which wasn’t strong enough to break the high and reach 50.0% fibo at 1856.55. This technical picture implies a high probability of another decline towards the low at 1638.76, a breakout of which may lead to a further downtrend to reach the long-term 50.0% fibo at 1617.00. 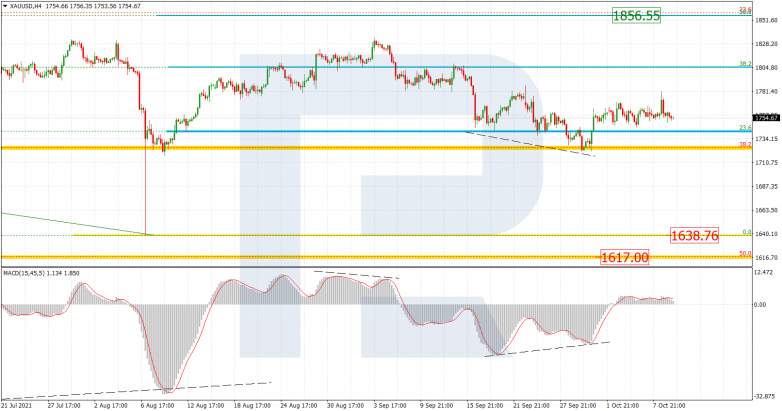 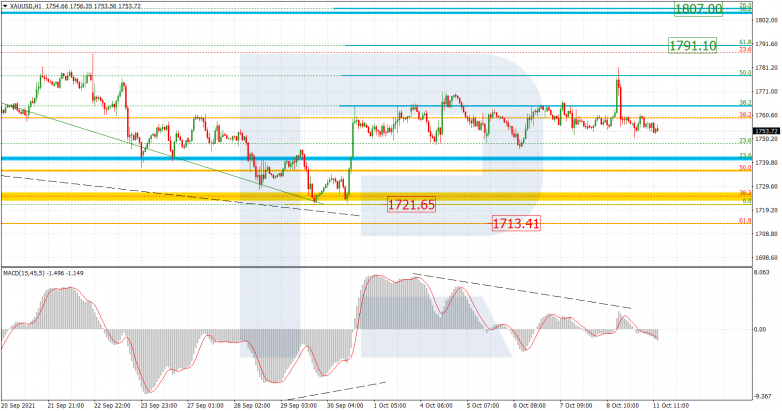 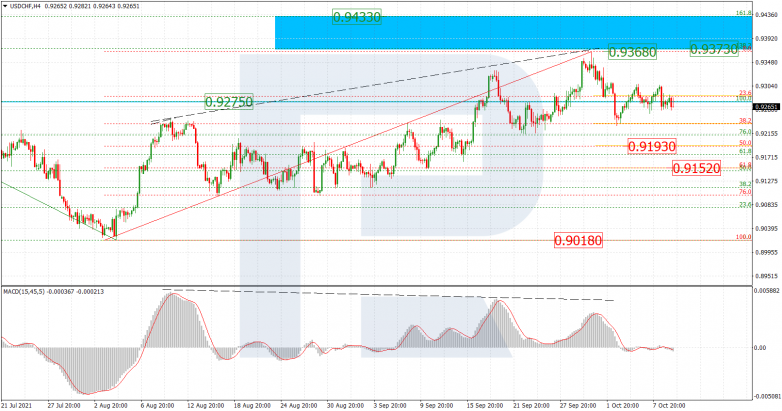 In the H1 chart, the pair is consolidating and correcting its previous descending wave. By now, the correction has reached 50.0% fibo and may later continue towards 61.8% fibo at 0.9315. A breakout of the low at 0.9230 will result in a further downtrend. 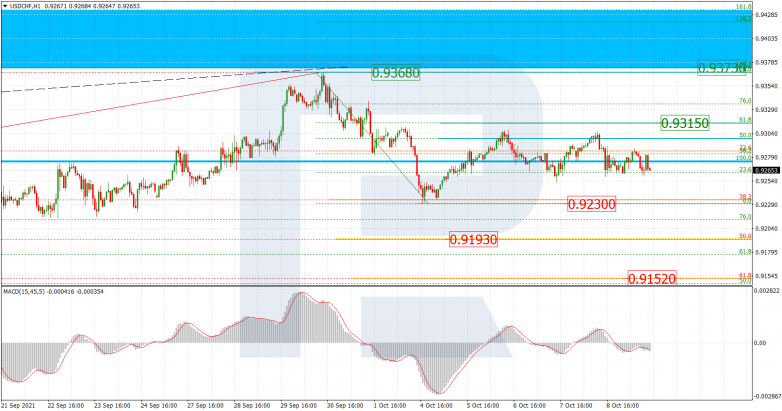