As we can see in the H4 chart, after breaking the high at 77.48, Brent has entered the post-correctional extension area between 138.2% and 161.8% fibo at 82.19 and 85.14 respectively. The next upside target is the fractal high at 87.09. At the same time, there is a divergence on MACD, which may indicate a possible pullback to the downside with the closest target at 77.48. The key support here remains the local low at 65.03. 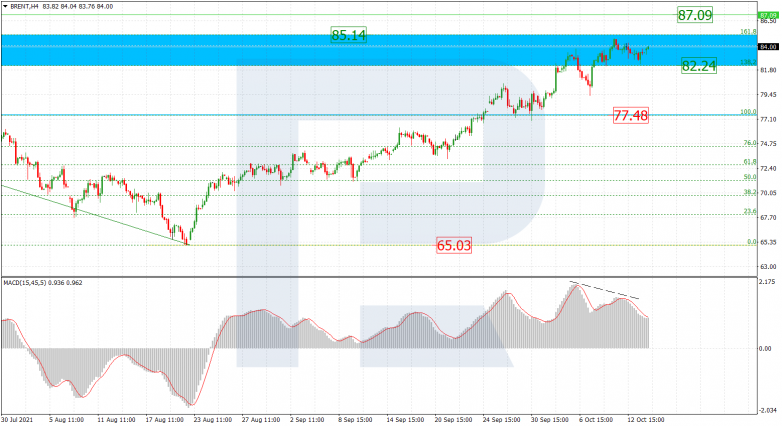 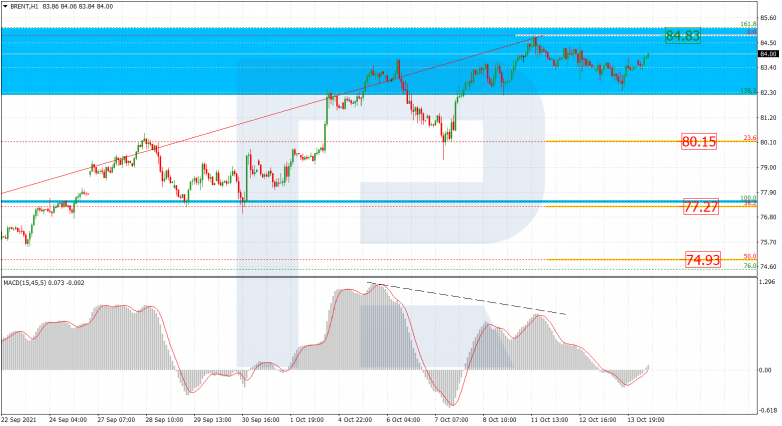 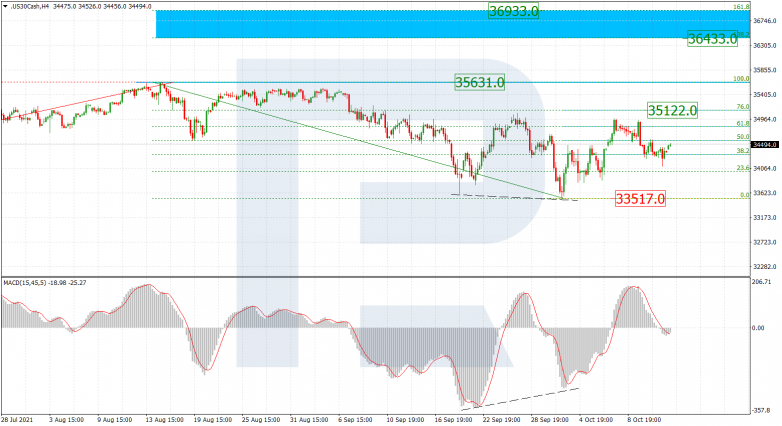 As we can see in the H1 chart, the asset was correcting downwards after finishing the previous ascending wave. The price tried to fall and reach 61.8% fibo at 34072.0 but convergence on MACD made it reverse and start a new impulse to the upside. The target of this impulse may be the resistance at 34969.0. 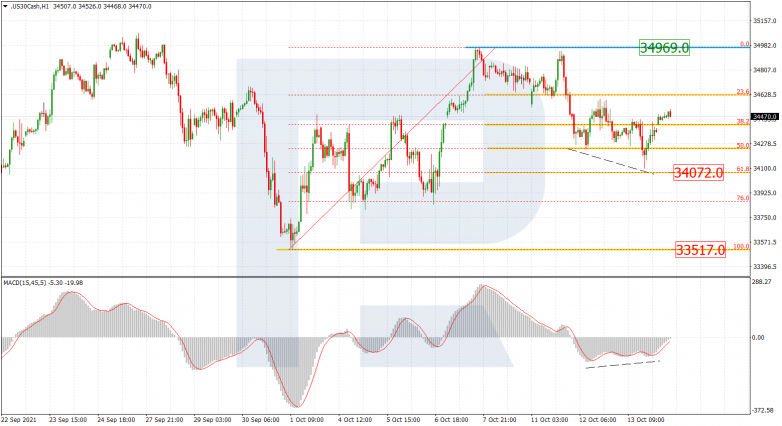