As we can see in the H4 chart, after finishing the short-term correction and updating the previous low, GBPUSD is still heading towards the long-term 38.2% fibo at 1.3166. However, convergence on MACD indicates a possible short-term pullback in the nearest future. 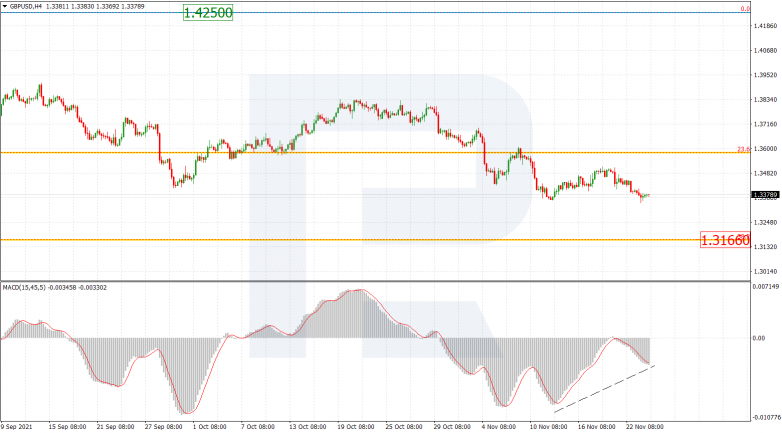 The H1 chart shows the second attempt of the asset to break the previous low and fix below it. In this case, the price may continue falling to reach the post-correctional extension area between 138.2% and 161.8% fibo at 1.3251 and 1.3151 respectively. The resistance is at 1.3834. 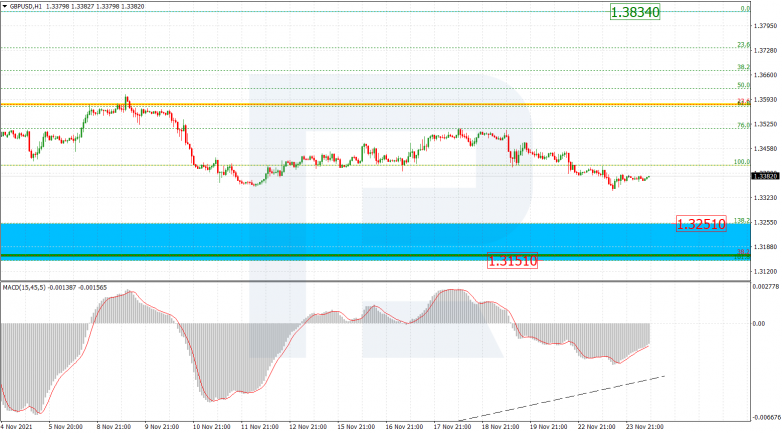 The H4 chart shows that the descending wave in EURJPY has tried to test the local low at 127.93 and the mid-term 50.0% fibo at 127.87. If the asset had broken these levels, the pair could have fallen towards 61.8% fibo at 126.40. Instead, the asset is expected to start a new correctional uptrend. 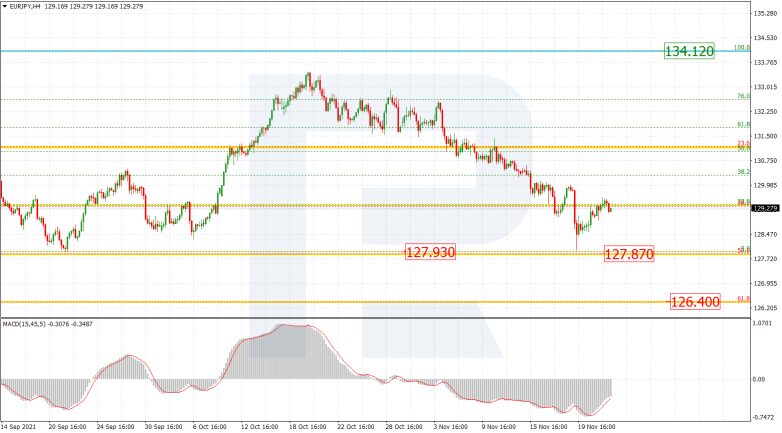 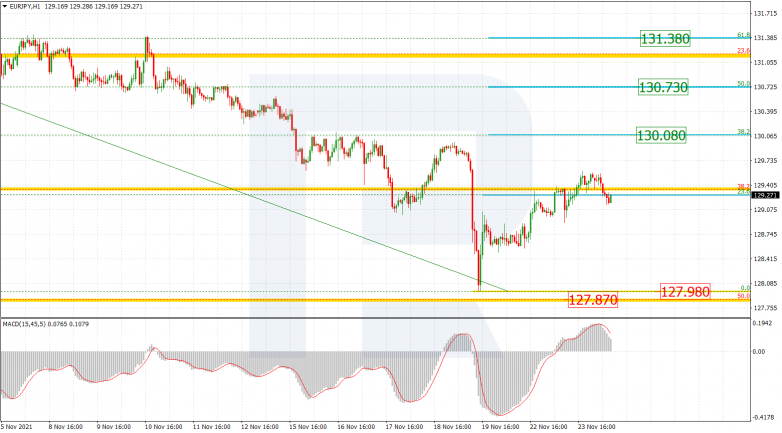