As we can see in the H4 chart, there is a local consolidation within the correctional uptrend; the correctional wave has reached 38.2% fibo after convergence on MACD. The current technical picture implies a new rising impulse after the consolidation towards 50.0% and 61.8% fibo at 1.1439 and 1.1500 respectively. On the other hand, a breakout of the local low at 1.1186 may result in a further downtrend towards the mid-term 76.0% fibo at 1.1047. The key resistance is at 1.1692. 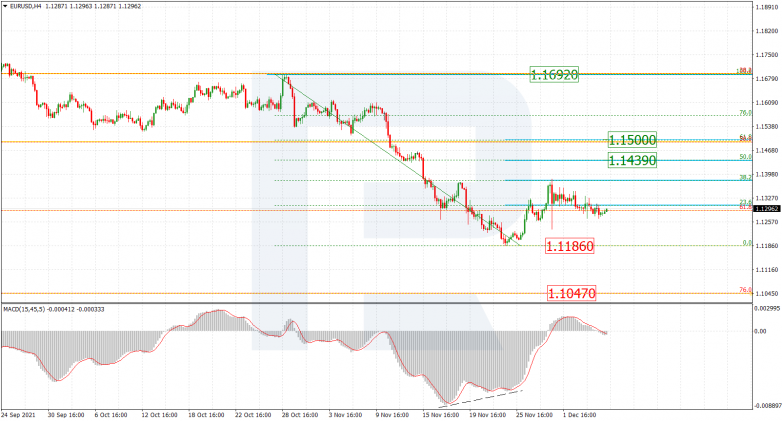 The H1 chart shows a more detailed structure of the current consolidation range after the rising wave. This consolidation is the market’s response to a quick and volatile correctional impulse to the downside after local divergence on MACD, which almost immediately reached 76.0% fibo at 1.1233. At the moment, the asset is trading at 50.0% fibo, while the next rising impulse may be heading to break the high at 1.1383. 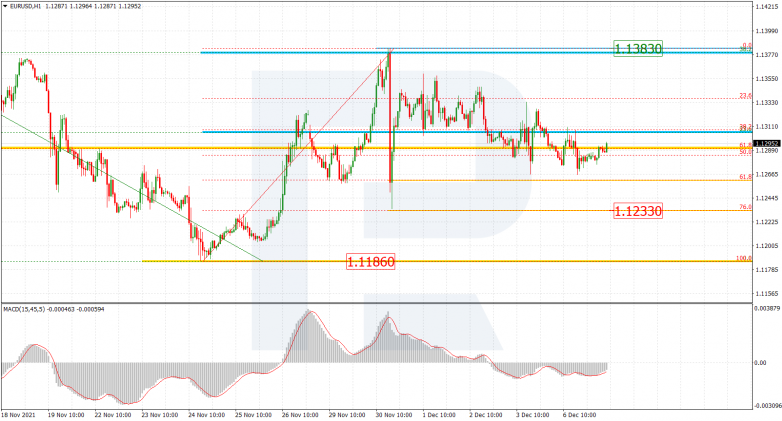 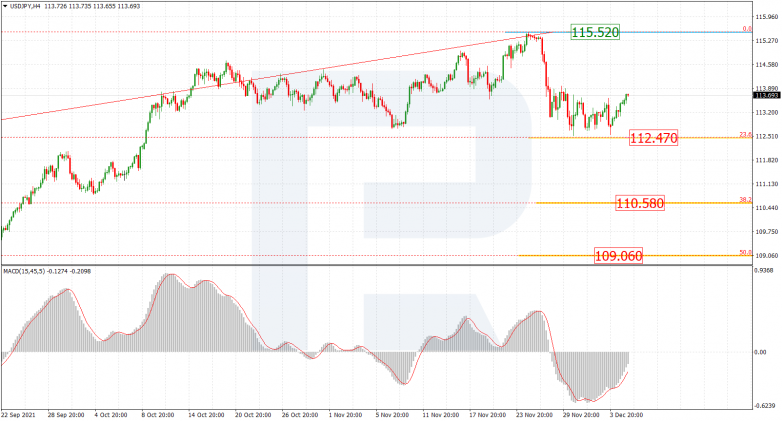 The H1 chart shows a more detailed structure of the current consolidation range after the correction. The correctional uptrend has already reached 38.2% fibo and may later continue towards 50.0% and 61.8% fibo at 114.02 and 114.37 respectively. A breakout of the low at 112.53 will lead to a further decline to reach the mid-term targets. 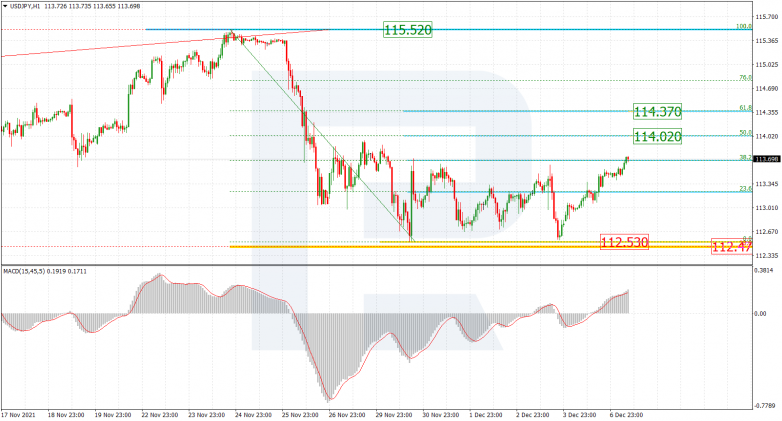