As we can see in the H4 chart, EURUSD is still consolidating and correcting the previous descending wave; the correctional wave has already tested 38.2% fibo twice after convergence on MACD. The current technical picture implies two possible scenarios – a new rising impulse towards 50.0% and 61.8% fibo at 1.1439 and 1.1500 respectively, and, a more likely scenario, a further downtrend to reach and break the low at 1.1186. The key resistance is at 1.1692. 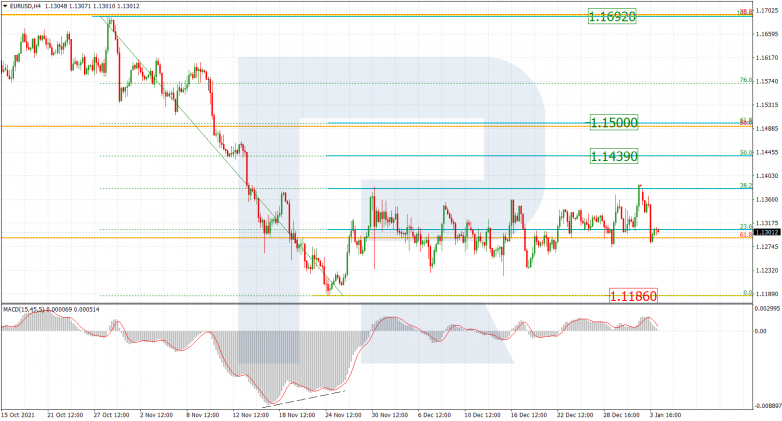 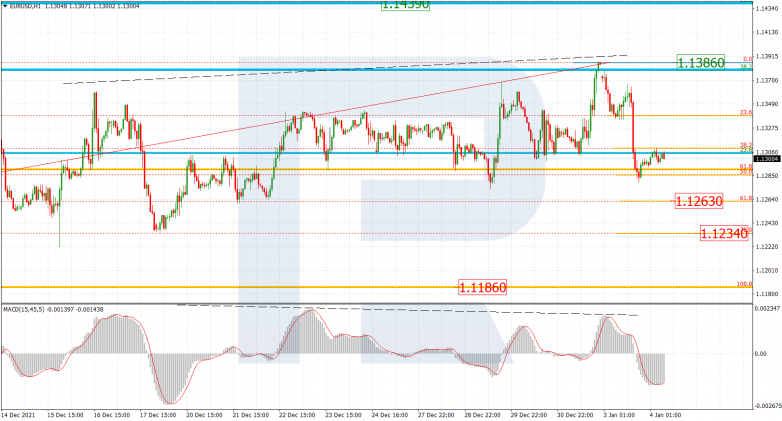 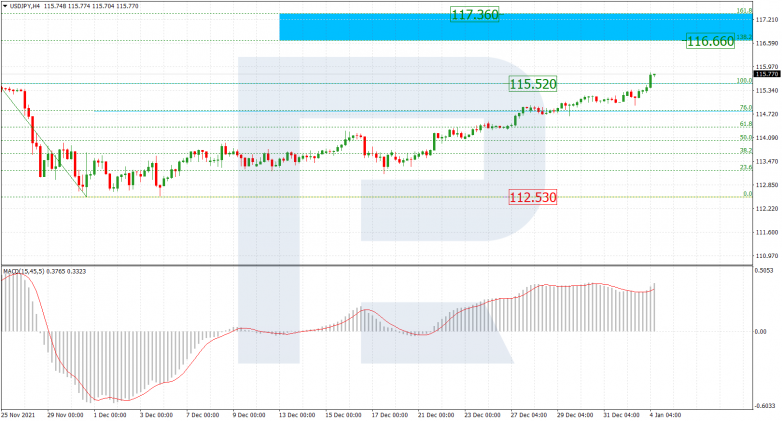 In the H1 chart, a breakout of the high was followed by divergence on MACD. In this case, the asset is expected to correct towards 115.52. 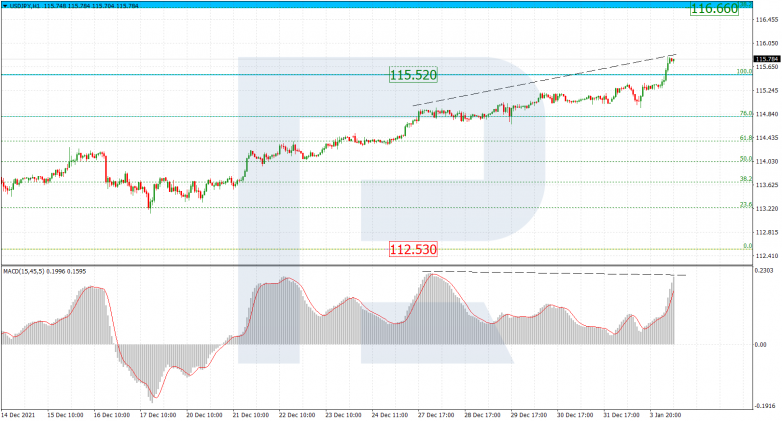