As we can see in the H4 chart, the rising wave, which is heading towards the local high at 1.3749, is slowing down. After breaking the high, the asset may reach the key resistance at 1.3834. However, there is an alternative scenario suggesting that the asset may resume falling towards 76.0% fibo and the low at 1.3302 and 1.3160 respectively, but it’s rather unlikely. 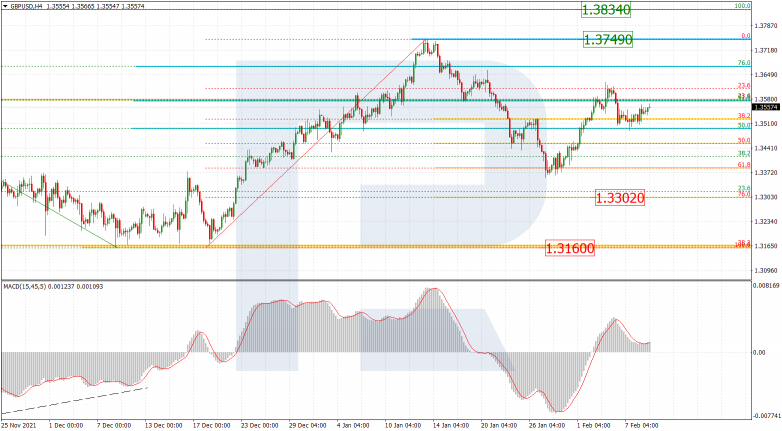 The H1 chart shows a more detailed structure of the current correctional uptrend. By now, the ascending wave has already reached 61.8% fibo and right now the asset is correcting to the downside after local divergence on MACD. Later, the pair may continue growing towards 76.0% fibo and the4 high at 1.3655 and 1.3749 respectively. The local support is the low at 1.3358. 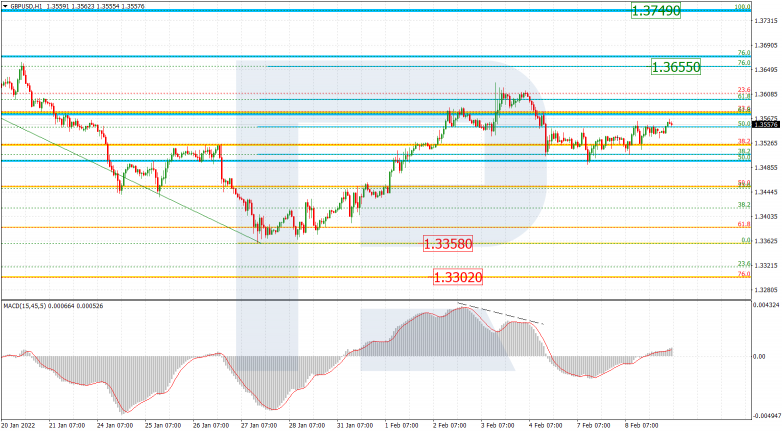 As we can see in the H4 chart, EURJPY is forming a quick rising impulse within the uptrend, which has already reached 61.8% fibo. At the moment, the asset is starting a short-term pullback. The next upside targets are 76.0% fibo and the high at 132.50 and 134.12 respectively. 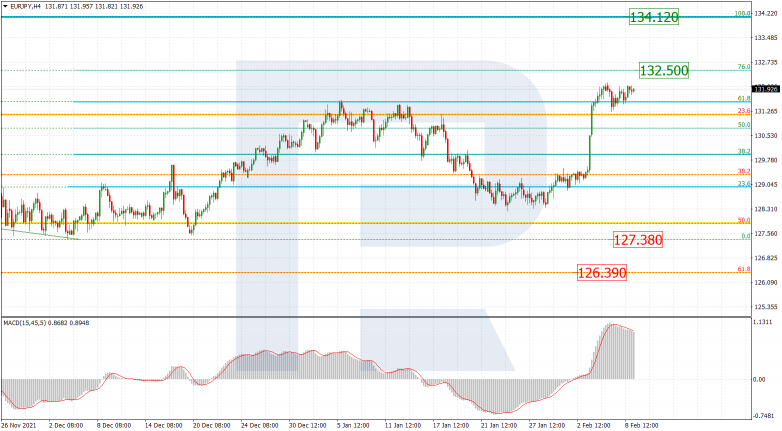 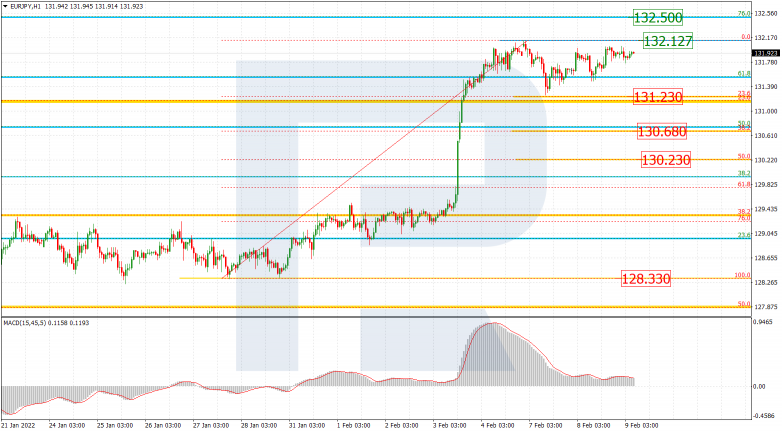