Bullish stance for Silver & Platinum vs bearish for Gold

Markets saw increased volatility in metals yesterday. Silver’s intraday range exceeded 8%, reviving quotes after three weeks of hovering around $25. On Friday morning, the price is now near $26.5 an ounce, maintaining the upward momentum. Important milestones on the upside are $28 and $30, the highs of January and August, respectively. 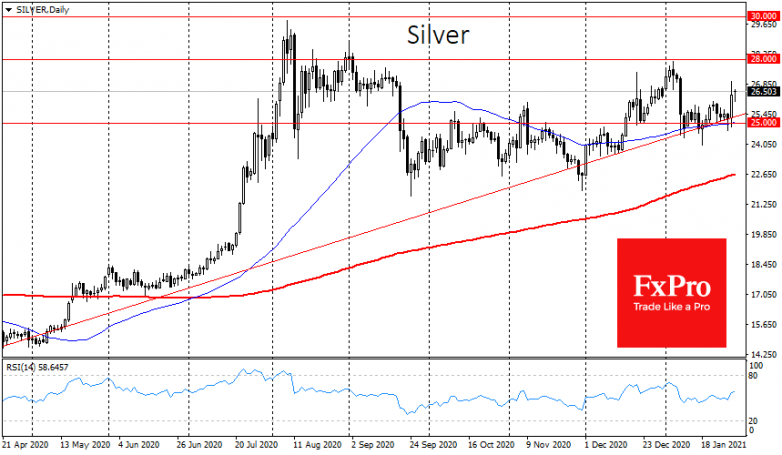 Some observers attribute this surge to the sensational Wall Street Bets movement on Reddit, where there were calls to buy silver yesterday. However, this rebound fits well with the technical correction on the decline to last May’s support line.

Platinum was up 5% during Thursday but failed to latch on to levels above $1100. It has been under pressure for the last week after rallying 33% to 5-year highs at $1150 since November. The levels near $1200 and $1400, where reversals and consolidations frequently occurred in the past years, appear as potentially important targets for the bulls. 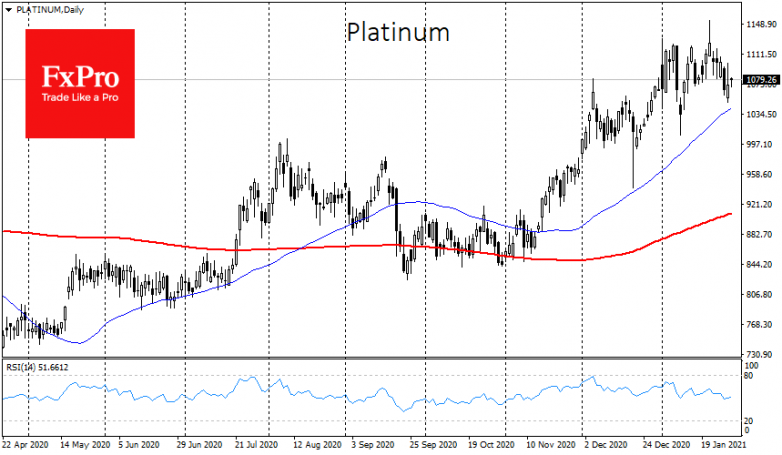 Silver and platinum have been faring markedly better than Gold in recent months, as investors in the markets are increasingly betting on strong growth in industrial demand for these metals. Perhaps some investors have decided to realign positions in favour of silver and platinum, resulting in Gold lagging in January.

The technical picture for Gold remains very problematic as the price fell below the 50 and 200-day averages. But the price didn’t sustain the intraday rally above those lines and the intermediate round level of $1850. These dynamics make us consider the support at $1825 as a possible last line of defence, a failure under which could sharply enhance the price decline. 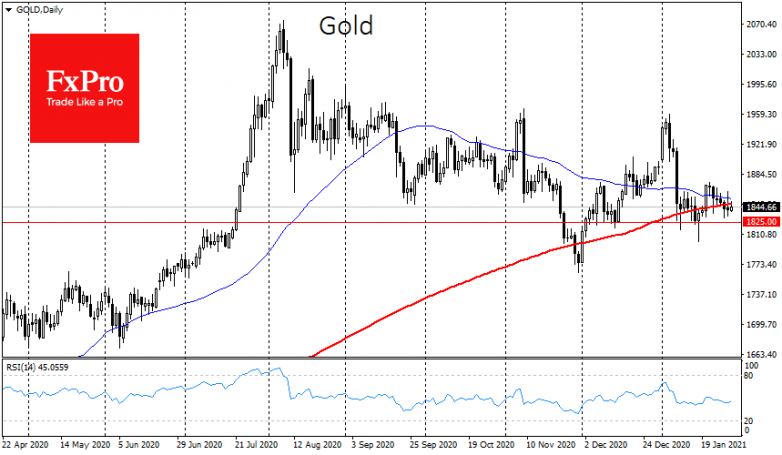