Is Ether or Elon Musk pulling the crypto market up?

The crypto market is once again back on the growth path, with the total capitalization of digital currencies exceeding $1.1 trillion. Bitcoin showed a 4% increase overnight and is trading around $38K. The last time the price was near these levels was in reaction to a tweet by Elon Musk. Earlier today, Musk also lent his support to other cryptocurrency projects, pushing their prices up. 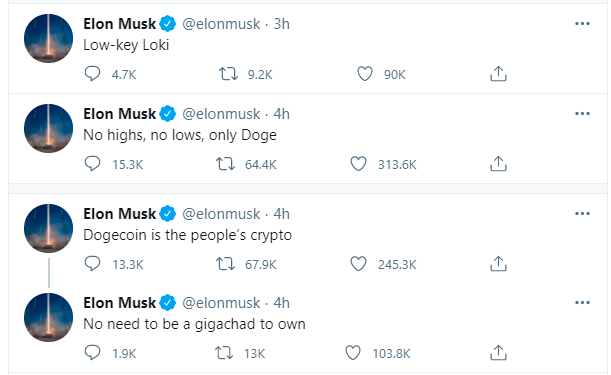 It is worth noting that the strong influence of individual speculation spooked market participants, as it could indicate low liquidity and susceptibility to correction. Nevertheless, now we see increased growth again.

The new US president has indicated his willingness to fulfil his promises on the stimulus package. This means that almost $2 trillion in stimulus will be approved, ignoring the opinions of Republicans.

The crypto market now correlates significantly with the traditional market, as large investors have become buyers of digital currencies. Although they invest small portions of their portfolios in crypto, it was enough for Bitcoin to hit several historic highs.

This is also the reason for serious concerns, as a small number of big investors coupled with speculative pressure, could create significant problems for the market. 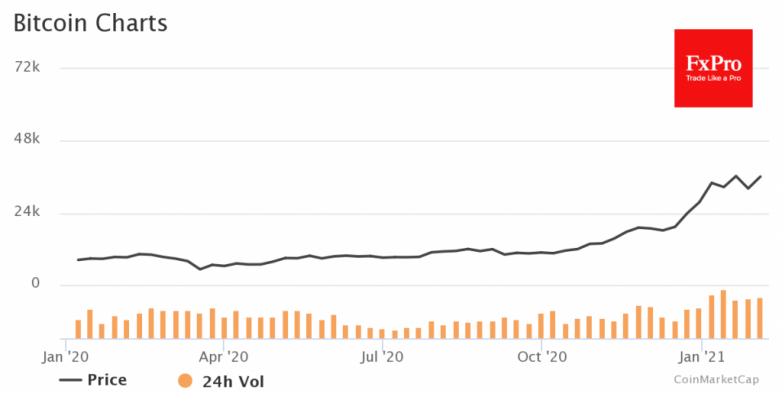 Ethereum, the leading altcoin, is now one of the most prominent projects in terms of price dynamics. The token has jumped 122% since the beginning of the year, after rising nearly 480% in 2020.

Several factors are at play, the main one at the moment being the upcoming launch of CME futures, which is due to take place on February 8th. This event is causing uncertainty among investors, as it was the launch of Bitcoin futures in late 2017 that triggered the correction of the first cryptocurrency, and was also the first stage of the “crypto winter”. 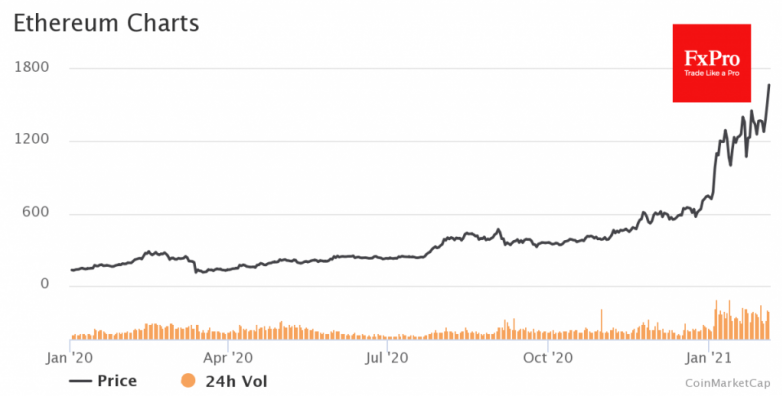 In addition to investment changes, Ethereum developers are confidently pushing the project toward a second version based on PoS. The Ethereum blockchain is used by the Tether (USDT) stablecoin, as well as all decentralized financial applications (DeFi) projects. Each transaction within these projects spends Ether, which maintains a natural balance of supply and demand in the Ethereum ecosystem.

If developers can sustainably solve the scalability problem, and more and more projects run on the Ethereum blockchain, ETH could even compete with the benchmark cryptocurrency, whose technological potential is now limited to investment speculation.