Over the weekend, Bitcoin was close to $50k, and the growth in altcoin prices was equally impressive. The crypto market’s total capitalisation touched $1.5 trillion, holding above $1.4 trillion amid a correction at the start of the workweek. Bitcoin is now losing 2% and changing hands at $47,500, which can be considered excellent for the market as a whole, as the asset is still up 21.50% for the week. 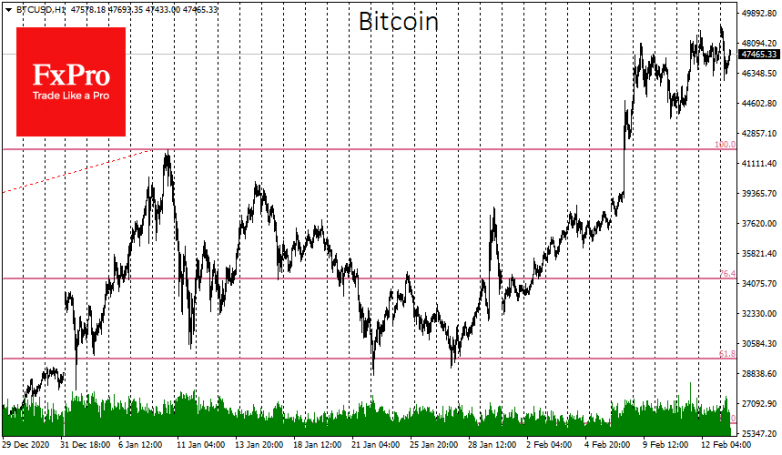 After Musk’s statement, Twitter’s interest in Bitcoin, and the launch of various Bitcoin-based exchange-traded funds, we can talk about the formation of legal loyalties to the first cryptocurrency. Of course, regulators may well change their minds, but at this stage, things are moving toward opening up avenues for corporate investors to invest in Bitcoin.

The Bitcoin dominance index remains around 61%, having found a kind of equilibrium point at this level. The Crypto Fear & Greed Index for Bitcoin and major cryptocurrencies has declined by several points over the day to a value of “93,” which corresponds to the “extreme greed” mode. The indicator has been overbought, indicating a high probability of a sell-off for quite some time now. Still, market sentiment, greed, and a tendency to buy all possible assets amid continued U.S. stimulus policies and a rising stock market come to the point where digital currencies continue to receive an impressive boost. 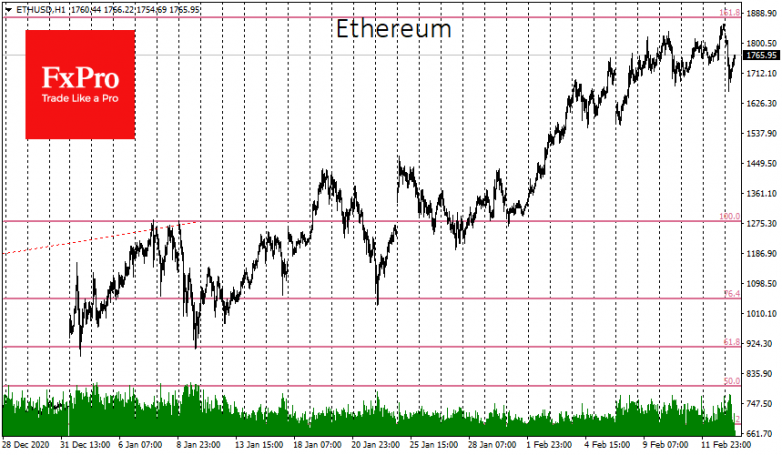 While everyone expects Bitcoin to test $50k and continue to grow as high as $60k, the attitude towards altcoins is very gradually warming up and has only now shifted into clear interest.

Investors decided to celebrate Valentine’s Day by buying all alternative cryptocurrencies one after the other, and as a result, most of the coins showed growth by tens of per cent. Now altcoins are also undergoing a local correction, but the chances are high that this is not the last price boost from retail buyers.