The Bank of Canada has turned towards monetary policy normalisation. From next week, purchases of government bonds on the balance sheet of the central bank will be reduced from 4 billion to 3 billion. In a commentary on the decision, the Canadian central bank also noted improved national and global economic recovery estimates. 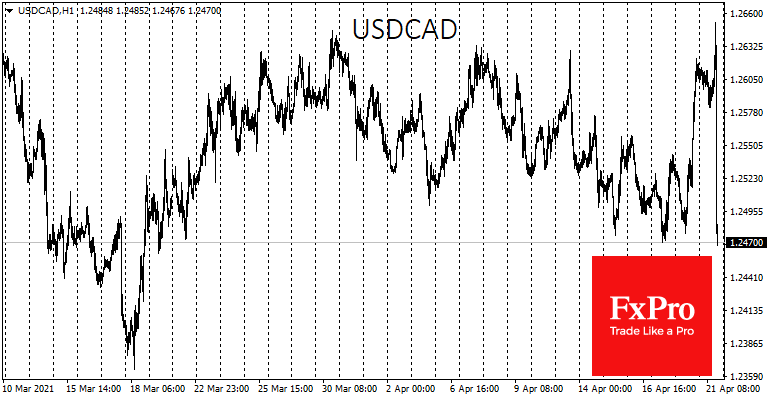 The market reaction shows how unprepared it was for such news. USDCAD collapsed to 1.2490 against 1.2650 before the decision was published. As a result, the pair returned to the area of April lows, reversing the dollar’s gains since the beginning of the week.

The decision is also symbolic as it brings the winding down of stimulus back into the markets’ focus. However, it could well be that central banks of various countries may have their own separate opinions. The Fed continues to reassure that it is not thinking about reducing asset purchases on its balance sheet just yet.

Earlier in the year, the ECB accelerated QE, and it is worth listening carefully to the ECB’s comments after its next meeting. Can we expect similar strong moves from the Euro?