More pressure for the dollar

Friday’s US labour market report delivered a notable blow to the dollar, likely confirming the prevailing downward trend in the near term.

The US labour market added 266K jobs for April, down sharply from 770K a month earlier and from expectations of above 1 million. The unemployment rate rose from 6.0% to 6.1% vs the forecasted decline to 5.8%. 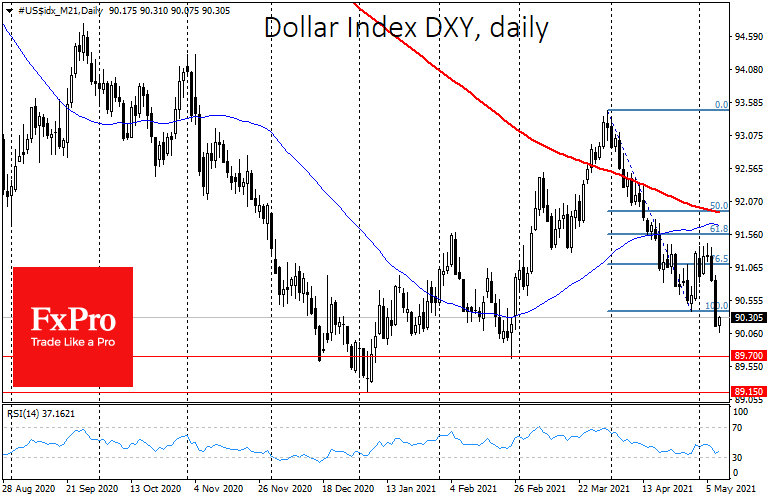 The sharp slowdown in employment growth in April and the considerable difference between the fact and expectations have confirmed in the markets that the hawks at the Fed will subside for the time being. The Fed will not change policy soon, citing the unsustainability of the recovery.

The persistence of the 120bn a month buying programme and reduced risks of an imminent interest rate hike put pressure on the dollar.

The Dollar index lost 0.8%, falling below the lows of April, following the change in monetary policy expectations. Thus, the corrective recovery from last month’s failure seems over. 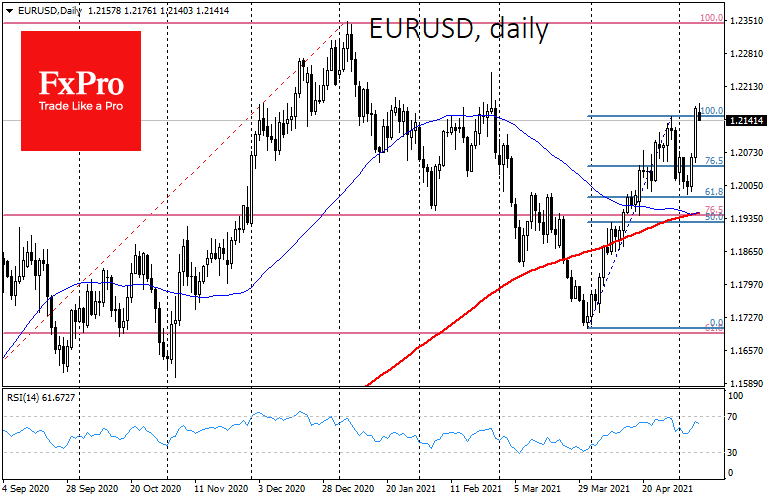 The momentum of dollar weakness is likely to continue soon. Before taking bearish positions on the American currency, cautious traders might want to see confirmation in the form of consolidation below the February or January lows of 89.7 and 89.15, respectively, from the current 90.20.

In our view, the dollar could come to test these local levels relatively quickly. Previously, we have noted the confidence with which the USDCAD is updating lows. Meanwhile, gold and oil are maintaining their rising tendencies of the last few weeks. These commodities are moving evenly, while the USD sellers in the foreign exchange market are animated. 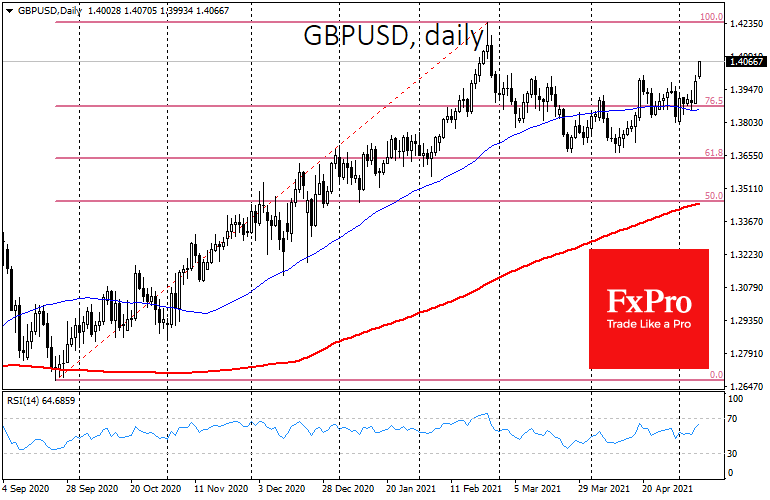 Potentially, the EURUSD bulls can target this year’s high of 1.2350 to retest as early as this month, quite a significant figure above current levels.

GBPUSD, which posted a high of 1.4080 this morning, should be able this month to rewrite the high of 1.4240, reached in late February.

A solid rise above opens up an area where quotations have not been in recent years. This un-traded area could prove to be quite soft, meaning once out on this plane, EURUSD and GBPUSD could be headed straight for the next round levels of 1.3000 and 1.5000.