Summer market lull or the start of a correction?

Asian markets developed gains on Friday, supported by the Biden administration’s plans to push through a $6 trillion budget spending package for 2022. Japan’s Nikkei225 jumped 2.2%, while World stocks MSCI settled near all-time highs from earlier this month, as did major US equity indices. 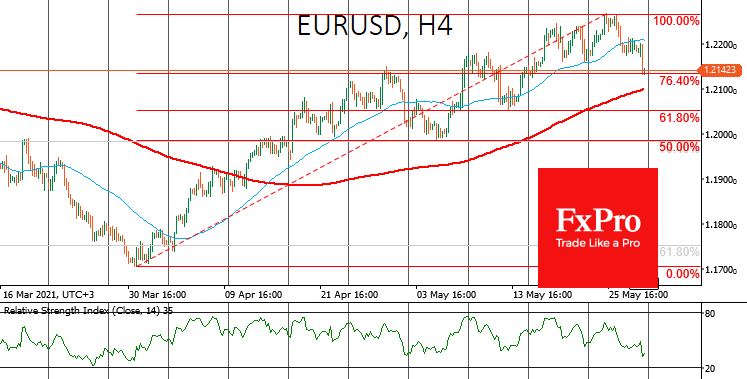 Biden’s stimulus plan lends itself well to the news headlines but is unlikely to be a meaningful driver for markets. First, it is a consolidation and some reshuffling of previously announced plans for infrastructure, education, and support for low-income families spending. Second, funding for these expenditures is again proposed through tax increases and borrowing from the markets.

At the same time, the momentum in equities in Europe and America has been lost. This development must be attributed to the impending summer lull. The summer season and a boringly positive news backdrop provide the indices with a lukewarm upward push, without any exuberant rallies, but without significant setbacks as well. 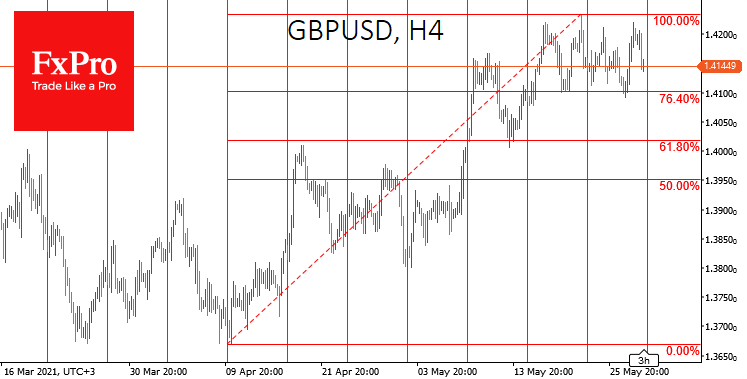 The dynamics in the FX and commodity markets also make us wonder if we are now seeing the summer lull, hesitancy to reach new extremes or break the uptrend and early signs of a correction.

EURUSD rolled back to 1.2170 on Friday morning, 100 pips below the mid-week peak. GBPUSD failed to get enough support from buyers to rise above 1.42 despite plans for lockdown easing that pushed the pound up against the euro and yen on Thursday.

Similarly, the Australian and New Zealand dollars are bogged down in tight ranges, with the USDCAD cautiously forming a bottom approach to 1.2000.

Oil and Gold saw such indecisiveness near significant round levels. Brent is stuck on the approach to $70, WTI is hovering just above $65, unsure about updating the highs. Gold has rolled back under $1900. 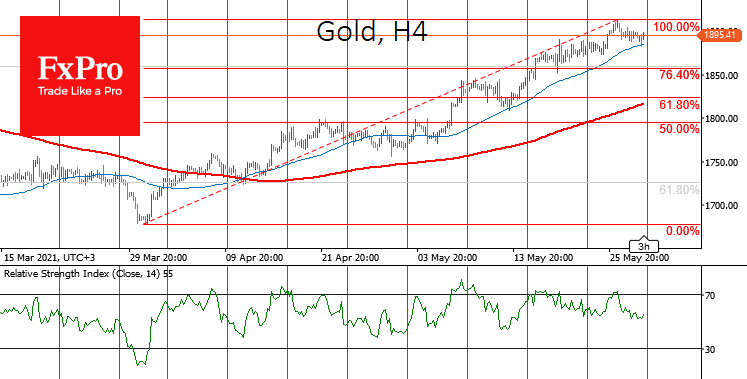 While there are hardly any risks to break the uptrend, the coming weeks could prove very favourable for overbought corrections in some instruments.

A short-term retreat from the bull rally in Gold might take the price back to $1820-1850/oz over the next few weeks. Brent could return to $66-67 without losing its long-term upside potential.

Should corrective sentiment strengthen, the road to 1.2060-1.2140 is open for EURUSD and 1.4000-1.4100 for GBPUSD. The temporary strengthening of the Dollar is well in line with improved expectations for the US economy and plans for monetary policy tightening.

However, we still maintain the long-term view that the Fed will pursue a softer policy than circumstances warrant to lessen financial conditions for companies and government, undermining the Dollar against major competitors.