Covid-19 pandemic will cost the world economy $4.1 trillion, which is equivalent to 5 percent of GDP. These figures were disclosed in the Asian Development Bank forecasts, which in early March were of about $347 billion. Since then, the epidemic has shifted from China to Europe and the U.S., and the number of people infected with coronavirus has exceeded 1M. The infection spreads so quickly that investors have doubts whether the provided liquidity on the hand of Fed and other central banks world be enough to stabilize financial markets? The major analysts see the answer to this question as negative, judging by the resumption of the U.S. dollar index rally. 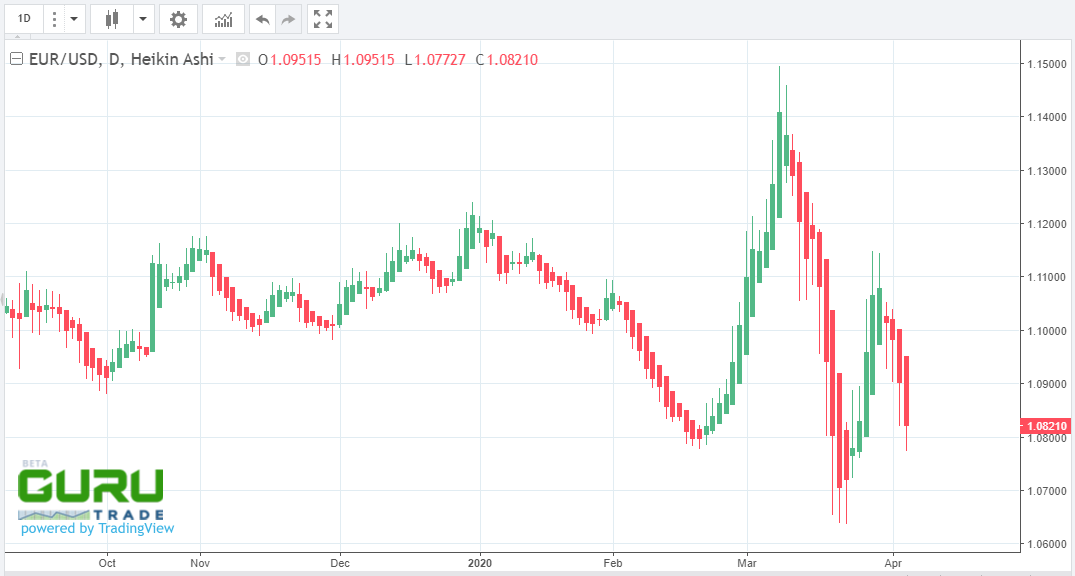 As for the Covid-19 fears that the peak of the pandemic has not yet been reached, the rise in the number of applications for unemployment benefits in the U.S. and the glum statistics on Chinese business activity in the service sector have allowed the EUR/USD bears to storm support level at 1,092. The U.S. dollar’s counterparts were not supported by Wall Street surge, which was broadly triggered by Donald Trump’s announcement that Russia and Saudi Arabia would cut oil production by 10-15 million bpd. While all this is still up in the air, with the president also saying that the U.S. will not participate in the agreement, because this contradicts the U.S. antitrust laws.

U.S. jobless claims reached a new all-time high of 6.6 million. In two weeks, the figure increased by 10 million, equivalent to 6 percent of the workforce. Nevertheless, investors seems to almost ignore the release of U.S. labor market data for March. Bloomberg experts projects a decrease in nonfarm employment by 100,000 and an increase in unemployment rate from 3.5 percent to 3.8 percent. The analysts have concerns the situation is even worse, as the data was assessed only through the early March and there is no numbers for the rest of the month. One should wait till April, 8 when the full report will be released.  The tally there could reach even 20 million job losses, with unemployment soaring to a new all-time high.

Markets are sharply wobbling upwards and downwards on expectations, that’s why gloomy macro data is likely to affect strongly the S&P 500, that is why one should not wait a quick index recovery. The volatility on Wall Street stock markets is likely to continue, paving the way for dollar gaining pace. A break of support at 1.0825-1.084 will increase the risks of continuing of EUR/USD tumble to 1.075. The single currency decreased by 0.62 percent against the U.S. dollar, to 1.0777 at 1441 GMT.

Despite the fact that the rows of supporters of the dollar smile theory are growing by leaps and bounds, there are still those who believe that it’s too early to give up on euro. Nordea Markets claims that the EUR/USD is more likely to reach 1.2 than to drop towards parity. Firstly, the Fed balance is growing at a record pace; secondly, the Federal Reserve's monetary policy easing has reduced the value of hedging investments into dollar assets, which is a “bullish” factor for the euro; finally, thirdly, the lower the pair descends, the more likely to see the coordinated intervention of the G7 countries in order to weaken the greenback.