The British pound showed a brisk drop yesterday. The downward movement was due to big volumes, indicating therefore a significant imbalance in sales. It is a strong bearish signal.

Now the price is at the new support level of 1.2406. Thus, we can consider the scenario of opening short positions only after a confident breakout. 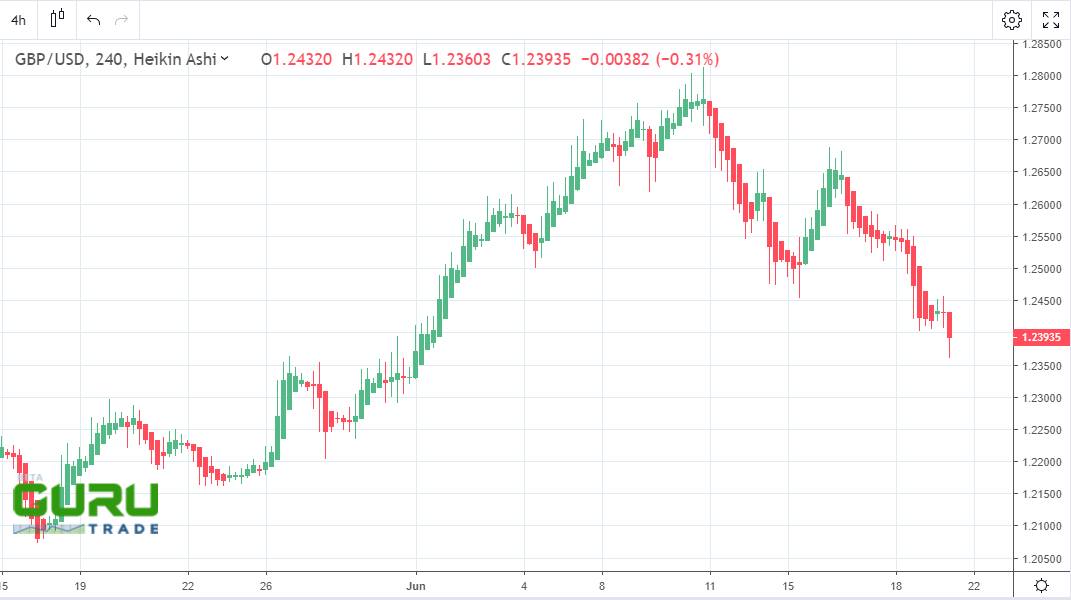 A breakthrough movement should be supported by high volume, which will be a more accurate and reliable signal for entering the market. Stop-loss should be set just above the breakout volume bar. The transaction potential here is more than 100 points.

So, on Friday the British currency extended losses for a fourth session in a row to reach $1.2369 at 1532 GMT, the weakest level registered since March 29th on the back of ambiguous economic data and a less dovish BoE mood. On Friday, late numbers showed retail sales grew at a record 12 percent in May, more than doubling analysts forecasts of a 5.7 percent gain while the public budget gap rose to a new record high.

One should remind, that the Bank of England left the key interest rate steady at 0.1 percent on Thursday. Moreover, the regulator mentioned nothing about decreasing it below 0 percent, a move some investors were waiting for. The country main bank expanded the size of its asset buyings but curtailed the pace of bond-purchasing and offered a more bearish perspective for the UK economy. The British currency is on its way to lose around 1.4 percent on the week, the largest drop in a month.

As for market sentiment, this technical indicator fully confirms the trading scenario for opening short positions on the pound, as most retail traders are in long positions.