A confident stock market rally reflects the investor optimism, which is somewhat opposite to the atmosphere of the unrest for rights and social justice, which plunged many major cities around the world. At the beginning of the U.S. session, the USD/JPY pair crossed the 108 border and stayed above it all day long on Tuesday. The same relates to other currencies sensitive to risk demand, including the Australian and New Zealand dollars. 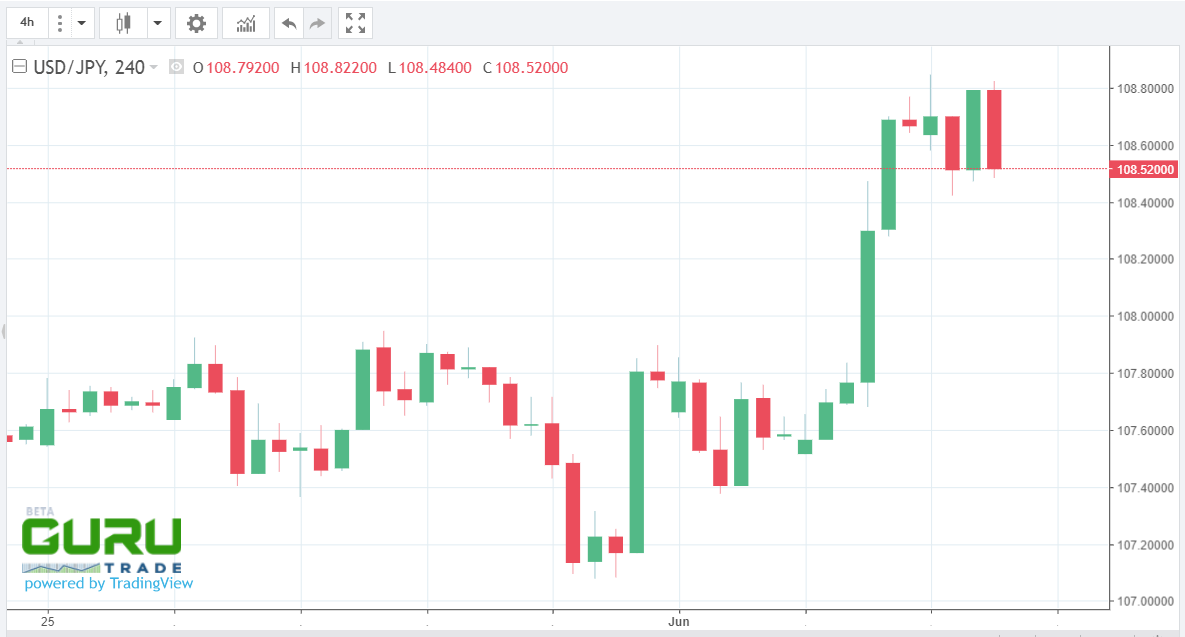 The Japanese yen yesterday showed a significant and sharp jump due to a huge trading volume, hinting on a huge imbalance in purchases at the very moment.

Moreover, the price broke the previous resistance level. It is also necessary to highlight a new level of support 108.28-108.42, in which a large volume is concentrated.

Considering all above factors, one recommends opting for long positions with regard to this currency pair.

Purchases should be opened after a small and smooth price correction downwards to get a more profitable position entering the trading. Stop-loss should be set just below the new support level. The potential transaction is about 100-110.

As for market sentiment, the technical indicator fully proves the trading scenario of opening long positions on the yen, since most retail traders are in short positions (so-called trading against the “crowd”).

On Wednesday, the yen insignificantly changed, being at 108,75 per buck, having registered its weakest level since April, 9a during the early session, as hopes for a global economic recovery pushed investors to more risky assets.

On the data area, the au Jibun Bank Japan Services PMI reached 26.5 in May 2020, managing to recover from historic low reading of 21.5 in the previous month, but remaining still in contraction for the 4th month in a row and marking the biggest such stretch since September 2012.