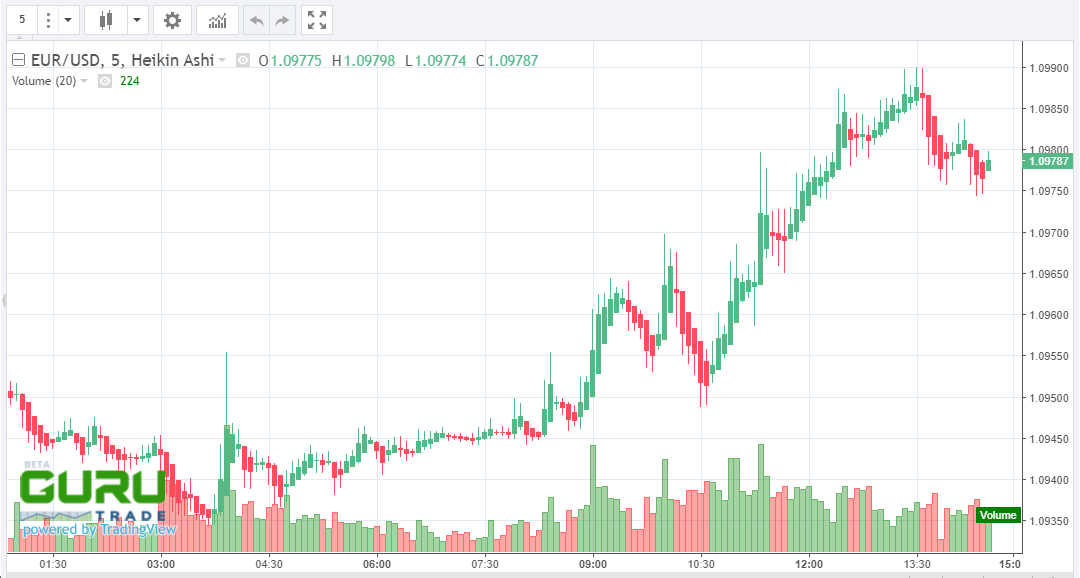 The regulator for the 19 countries that use the single currency cut the interest rate on cheap loans it provides to financial institutions. But it seems, the move was not so significant as to affect the EUR/USD bulls.

It also offered new loans lines to banks to buffer the economy, which endured its largest shrinkage in Q1 since records began in 1995.

Age breeds wisdom. If the former head of the ECB, Mario Draghi, has known his job inside out in matters of communication with the market, then the actual head Christine Lagarde is still just learning. Yes, she did not make the same mistake as in March, having told that the central bank won’t have the growing risks of Eurozone fragmentation, but so far it has little understanding of how the markets can react if they don’t get what they wanted. Although not all investors hoped for an increase in QE in April, they seriously expected reports of the bonds purchase of “fallen angels” the stocks, the investment rating of which could drop to junk level due to a pandemic. But it didn’t followed. The actual ECB head added fuel to the fire, saying that the OMT is an outdated tool, which was created since sovereign debt crisis and is not suitable for current conditions.

After it became known that the decline in Eurozone GDP in the second quarter was a record for the all-time of accounting, the Governing Council was entitled to claim a monetary policy weakening. Indeed, the European economy dipped by 3.8 percent at quarterly rate and by 14.4 percent on annual basis before the pandemic, while the U.S. economy sagged by only 1.2 percent at quarterly rate and by 4.8 percent on year-to-year basis. At the same time, the ECB balance sheet has grown by €645B since the beginning of March, the Fed balance sheet by $2.3Tn. It was time for the ECB to step up its game. He went on to reduce the interest rate on the LTRO III operations during the period from June 2020 to June next year from -0.5 percent to -1 percent below average interest rate and launched a fresh series of non-targeted pandemic emergency LTRO program at -0.25 percent, to support liquidity conditions in euro area financial system.

This batch of information turned to be insufficient, as investors were waiting for clarification of the situation in Italy, Spain and other countries of the bloc most affected by pandemic. The question whether the ECB will buy the bonds of the “fallen angels” is in the air, and the OMT program, which involves direct financing for states enduring stress if they have a credit line with ESM, according to Christine Lagarde comments, is not suitable for current conditions. But despite the high-sounding words about avoiding the Eurozone fragmentation, the release of GDP data for Q1 increased the risks of the currency bloc collapse. The Italian economy sagged by 17.6 percent, Spain dipped by 19.2 percent, and Austria by only 9.6 percent. At the same time, EU leaders cannot agree on the form in which aid should be provided in the form of grants or loans, which increases the likelihood of the ECB's pessimistic forecast of the European GDP dip by 12 percent in 2020.

Along with the disappointment over the inability of the ECB to offer the market what it needs, the EUR/USD reachment of the 2-week high was affected by the rebalancing of the euro positions associated with the exercise of options with a strike at $1.08. That is, a technical factor whose impact is of a short-term scenario. The single European currency has a lot of p troubles that do not allow it to surge, so it makes sense to focus on sales of this pair on growth, followed by a rebound from resistance level at 1.0965, 1.107 and 1.117