How To Make Money During Times of Financial Crisis?

Nowadays knowledge of what to trade in crisis is crucial though this information, in general, is never unwanted. Nevertheless, today against the background of strengthening the dollar, it is necessary to approach the choice of trading instruments very carefully. 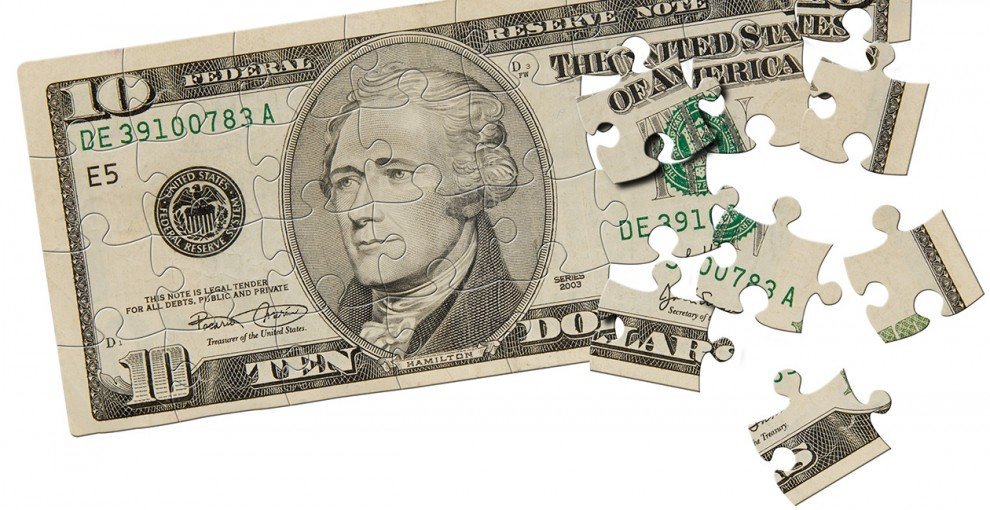 However, an increase in prices and a difficult economic situation are not only reasons for concern, but also a remarkable opportunity to earn, using strong negative tendencies. However, it would be wrong to think that the difficult economic period offers continuous opportunities. The main thing to trace interrelations and to understand, then it is profitable to trade in crisis as during such periods some methods of earnings cease to work while others create strong opportunities for receipt of high profits.

What to keep money in

Recently it is possible to hear even more often a question of that and in what currency it is, actually, best of all to store money in crisis generally, and now – in particular. Here it is necessary to make the simple recommendation which will be useful not only to beginners but also many professional traders. It isn't necessary to experiment with the deposit currency as it strongly looks like the invention of the bicycle. Deposit money, regardless of that, it is a crisis or not, shall be stored in US dollars.

The reason for such approach is not in some special love to the American currency. The matter is that USD as base currency possesses a number of benefits. For example, with the dollar, it is easier to calculate trading volumes and to carry out a competent risk management as in the case of lot 0,1 the cost of a point of the majority of widespread currency pairs will constitute $1.

Besides, all programs, auxiliary advisors, indicators which consider risk, lot and other trading parameters instead of the trader are ready for dollars. From all varieties of trading software, it is possible to find nearly ten technical assistants who “are ground” under the euro, and under other currencies not to find similar tools at all. So, regardless of what to trade in crisis, for work the dollar account is necessary.

Also, it is necessary to warn those traders who don't understand the importance of this moment. The matter is that the attempt to use the trading robot on, for example, GBP account can end very deplorable. The advisor will use inadequate risks thinking that for work he was given the huge dollar account. Thereof, the trader can easily lose where shall earn.

Also, it is necessary to consider that inflation of dollar always was less, than at his competitors. The value of the inflation factor in the comparison of the dollar and other currencies is especially well visible.

Many see as a better alternative to dollar-euro, however, now the economy of Europe is in recession, unemployment increases, the quantity of workplaces is reduced, the average level of the salary and so on decreases. All this visually is displayed on price charts were a couple of EUR/USD dive for a long time. Therefore, such situation also says that it is preferable to store money in dollars, in passing solving, then it is profitable to trade in crisis.

On Forex there is an opinion that it is very profitable to store on the deposit in gold, instead of dollars. However, it is just worth opening the XAU/USD chart to be convinced of the falsehood of such statement. Of course, if to compare the prices now and the cost of yellow metal 200 years ago then certainly it is possible to state a considerable rise in price, however, if to look at the prices for gold ounce 10-15 years ago and now, then it is necessary to state considerable decrease in this precious metal.

By the way, choosing, than to trade in crisis, many choose gold, which even in the case of the descending trend seems more acceptable option in comparison with other tools owing to the conservatism. Therefore, it is often possible to hear that gold plays a role of a certain currency shelter during difficult periods of economic crises and a difficult geopolitical situation.

What happens to the market

For the trader crisis is good the fact that on the charts the strong unidirectional trends which go practically without corrections are observed, making strong spasmodic movements. It is well visible on EUR/USD, GBP/USD, XAU/USD and so on. All this allows opening surely on a trend and to earn.

It is possible to allocate two main issues about which it is very important to remember, continuing movement together with a trend at the time of crises. First of all, for receipt of bigger profit, it is possible to add a line item every time after the trading instrument makes a correction. It will allow to derive a maximum of benefit and to earn many points of profit.

The second moment makes the trader be extremely careful. It would seem, this its natural state, but at the time of crisis, it is necessary to increase care to a maximum. Actually, each speculator shall represent himself as if on a powder keg which is ready to blow up at any time. The matter is that in an unstable situation the trend can change the direction literally in one day and with a special force to dash away in the direction, new to itself, being fed from closing stop losses.

As it is possible to see, general recommendations which will help the trader not to lose money in crisis because of the wrong preparation for trade are given above. Actually, to understand, than to trade in crisis, it is necessary to study attentively factors which led to it and to monitor further succession of events. That is, in Europe crisis, euro means it is weak, and in the USA everything is good and the dollar gets stronger.

Having provided this situation, it shall be absolutely clear, then it is profitable to trade in crisis. It is necessary to take the only couple of EUR/USD and to enter sales. That is, the crisis of the European region will be here for the main sources of profit of the trader who doesn't need to think much, he can't pay attention to indicators, some technical figures and so on. The most important – to track when the economic background changes the direction and then it will be necessary to react instantly, fixing accumulated earnings.

The similar situation is now observed with a couple of GBP/USD. Against the background of stagnation of the economy and a referendum pound cost strongly felt in Scotland and the Central Bank of Great Britain doesn't take absolutely any steps interfering with a situation yet. Respectively, it is possible to take surely a short position, expecting the course from National Bank, which can toughen policy of control that will lead to a rise in price couples of GBP/USD, or, perhaps, it will continue to observe for further fall.

The geopolitical crisis of the Russian Federation also on a hand to traders as the ruble surely loses line items and height of vapors of USD/RUB allowed already many speculators to make good money. Active movement is promoted also by strengthening of line items of the dollar, therefore, it is possible to expect a continuation of a strong trend and new opportunities for profit earning.

Thus, the trader shall exploit the crisis, but at the same time, he is obliged to understand an essence of a problem which leads to these or those consequences. Then he will be able to take surely the most advantageous position, realizing what conditions can create the return movement which is important for distinguishing timely to leave open line items. Respectively, the answer to a question of what to trade in crisis will depend on the problems which by nature occurred in this or that country owing to what it will be especially individual in each separately taken case.