Hawks, doves, bulls and bears...who are them?

Every field of economy, any domain, just as every profession has its own terminology, in a way professional slang. You’ve already met the terms “bulls” and “bears”, “bearish market”, “dovish policy”, “bullish trading”. Moreover, these are not the single ones “animals” in trading world. There is a lot of other animals, such as pigs, chicken, sheep, turtles, even birds, for example, doves and hawks. These terms have the derivatives, that are used to describe the events, the market sentiment or the traders themselves, reflecting this or that peculiarity of the phenomena, for example, the trader’s behavior, his/her strategy, method of trading at this or that period of time. So, the most frequently used ones are “dovish”, “hawkish”, “bullish”, “bearish”.

Let’s try to pick to pieces some of them. 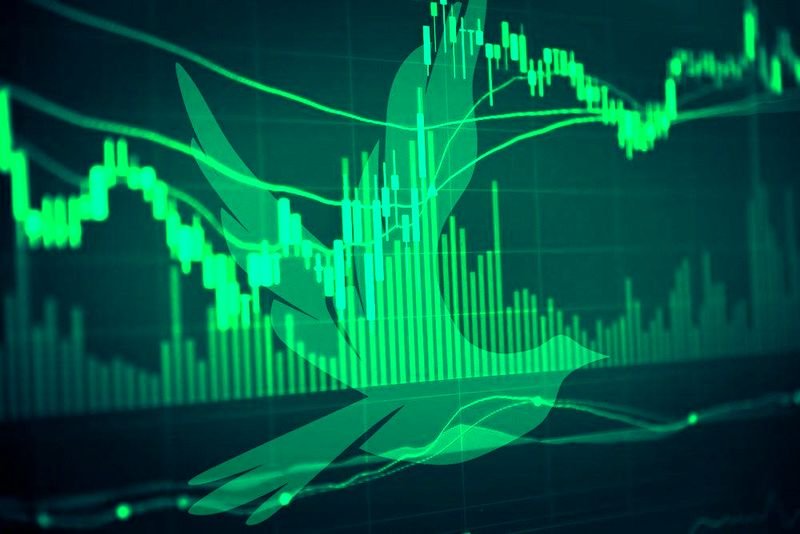 The term “dovish” refers to peaceful, restrained, cautious, unaggressive attitude towards the monetary policy, interest rates. An investor, which supports the dovish monetary policy, first thing what one will do, it’s to downplay the market and the investors’ expectations. For example, the dovish statement of a bank can mean the lowering of the interest rates or saving the rates unchanged for a certain period of time. The economy is not growing usually during a dovish approach and the government tries to guard deflation, provoking new businesses to start, offering cheaper variants of borrowing money, to encourage money spending for goods, using credit cards lines, any types of debt. The opposite side of a coin here is the weakening of the currency, because of the dovish, lower interest rates, in particular when the interest rate of this country is much lower than the interest rate from other countries. 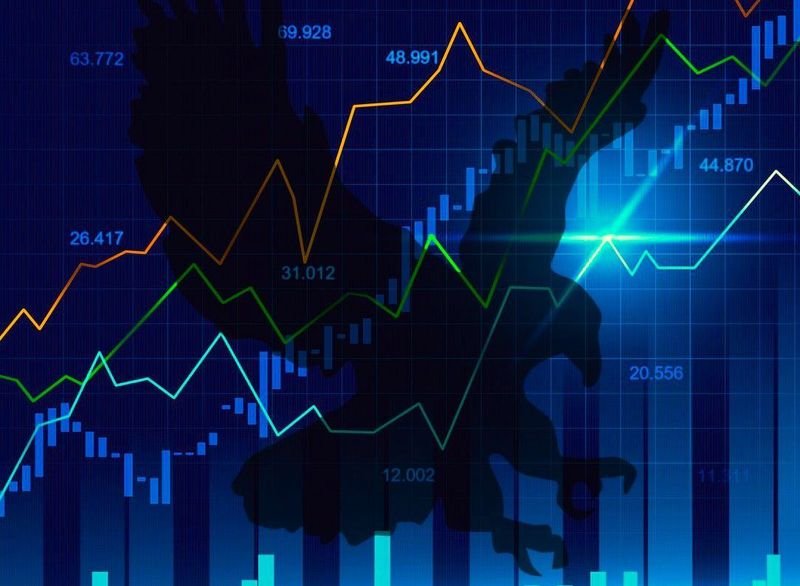 The term itself means something more positive, something, that will drive the market up by means of interest rates hikes, for example. The traders usually positively react to a hawkish scenario. A central bank’s charge is to guard against the excessive inflation in order to prevent the economy from wages increase and raw products cost. Everything should develop gradually, without so sharp jumps in price and speed. So, the economy should grow at more reasonable pace. And opposite to dovish approach the hawkish one with interest rates increase will rise the currency value.

The bulls are market participants, that are trading at rises, so, a bull expresses optimism towards the prices, which will heighten, the assets, the stocks will go up. The economy situation is great, gross domestic product (GDP) is growing and people have jobs. A bull is an optimistic trader or investor, which believes that stocks will climb, thus expressing their “bullish outlook”. So, they are awaiting for uptrend and do their best in buying. One should forget about the cautions, the upward movement will not last for a long time and stock markets could be oversaturated, pulling down the price of equities. The drop is inevitable at such moments.

The bears are opposite to bulls market participants, they are used to take profit from declines, so their force of nature is downtrend, the stock markets recessions. They are striving to sell. The markets situation is contrary to bullish one, with the expected results, such as GDP dropping, the unemployment is rising, the indexes are falling also. But this doesn’t mean that bears are also in loss, there are a lot of strategies, trading algorithms, which help to take marginal profit on dropping equities, when markets are in red. By the way, the remarkable part of the Wall Street is regularly replenishing their capital due to bearish market periods. The usual techniques of bearish trading in short-term conditions is to lend some equities, to sell them more expensive, then to buy cheaper and to turn back the debt. One can also wait till bearish trend will get closer to the end and buy more equities before the stock surge.

The last two types are the major ones for direct market participants nicknames or describing the situation or stock markets conditions. These names at a certain time were used only as terms for Forex stocks, but due to its grown popularity were bounced over traders. Moreover the statues of these two animals are located near several stock markets, for example, Manhattan, Viersen, Sofia, Frankfurt, Amsterdam, Islamabad and others. 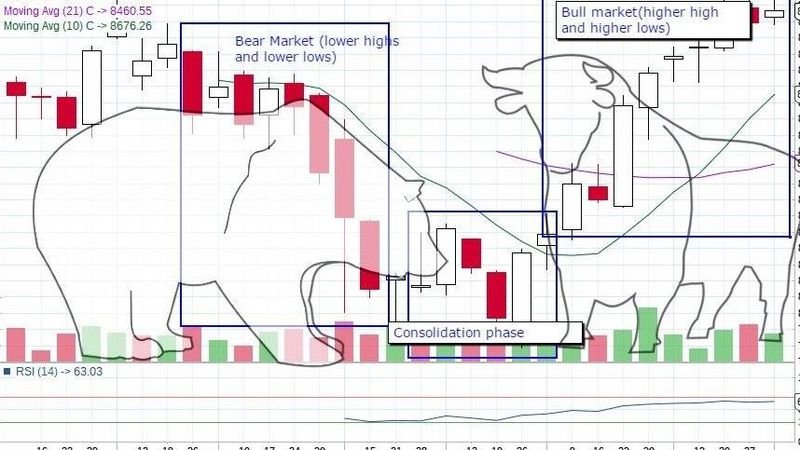 So, bulls and bears are constant opponents, two rivals, opposing sides, whose activity is one of the main factors, that impact the stock markets. The names came on the analogy of animals behavior. A bull drives horns upwards, into the air or whatever in front of it, while a bear swipes its paws downward upon its prey. These two animal actions have the metaphorical meaning for the stocks movement. They personify two powers of Forex trading - buyers and sellers; the bears and bulls reflect the actual trader’s position, his/her market sentiment. Bulls are waiting for price rise, while the bears strives to lower the prices and to escalate the bids. Thus, if the trend is upwards, it’s called a bullish market, and vice versa if the trend is downwards - the bearish market.

In order to analyze the bear and bull market the investors have to understand the picture of Forex trading properly. If it’s not working out you can always address a brokerage company for an advice or counseling. And it is up to you whether to soar high, like a hawk, looking for prey from a great height and catching it with flesh-like speed or to settle for a dove flight height and quietly lead an ordered life. Or you prefer to achieve your goal, at the cost of a bearish weight and its solid paws, and maybe you like bullfighting and want to make your own way to financial heights by means of your own horns.